Xiaomi might be known to many as a maker of smartphones, but did you know that the company dabbles in all manner of electronic gadgets and products? For example, the company makes rice cookers, they make kettles, they make smart lights, they make monitors, screwdrivers, and more.

This is why it shouldn’t be too surprising to learn that Xiaomi has also gotten into personal transportation with their own series of electric scooters. In fact, if you’re interested in an electric scooter that will help you go about town in a more efficient and fun way, then perhaps the Xiaomi Electric Scooter 4 Pro might be worth checking out.

Starting off with the design, Xiaomi has opted to keep the design of the Electric Scooter 4 Pro clean and minimal with a sleek black finish. In fact, this is pretty much in line with the company’s other offerings like its desk lamps, kettles, and screwdriver sets.

The bike itself is finished in black like we mentioned, but as you can see from the images, it also features wheels with a red trimming around the rims, along with a red cable running down the side, giving it that nice pop of color and helps break up that monotony of the black finish.

As for the actual design of the scooter itself, it looks like what you might expect from a standard scooter, so it’s good that Xiaomi did not try to mess around with it. Xiaomi did make some slight design changes from the earlier models, where the 4 Pro is slightly taller at 1,240mm, and it also has a wider handlebar so if you have broader shoulders, the wider bars will help you hold onto the scooter more comfortably.

The base of the deck has also been widened from 146mm from the Pro 2 to 165mm in the 4 Pro, so once again, people with larger feet or who are larger in size will have more area to stand on for a more comfortable ride.

There is also a built-in display along the handlebars so you can see how fast you’re riding, how much battery you’ve got left, along with other indicators for light, Bluetooth connectivity, riding modes, and so on. 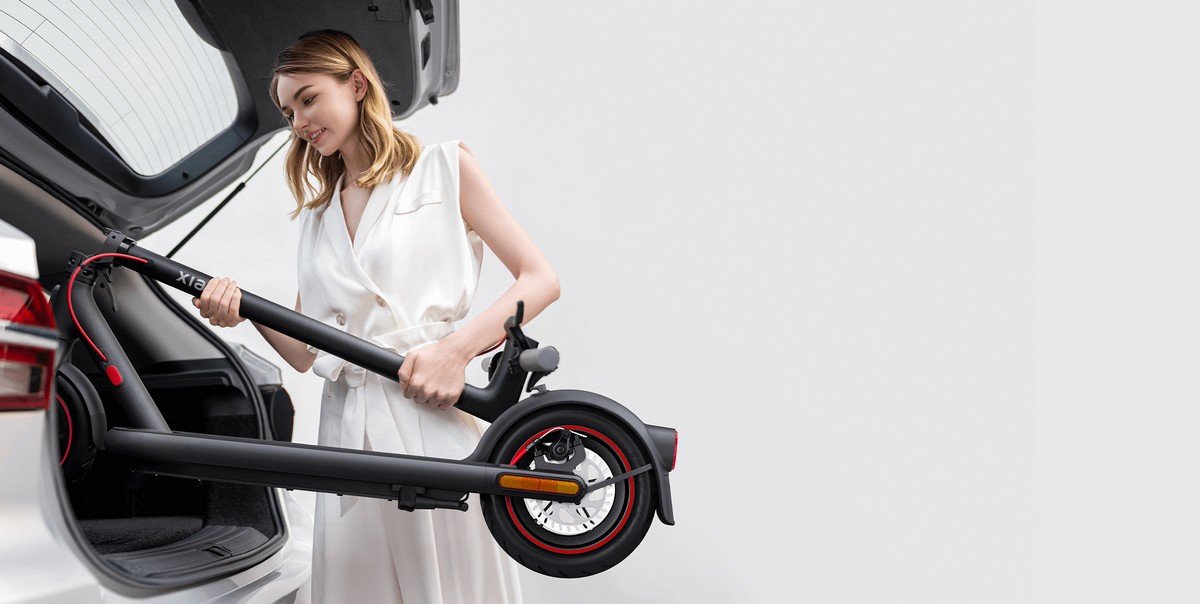 Now, sometimes you might want to bring the scooter with you to a park or somewhere else and if you plan to drive, then you might be pleased to learn that the Xiaomi Electric Scooter 4 Pro sports a foldable design. This foldable design means that you can make the overall size of the scooter smaller to fit into the trunk of your car.

Xiaomi also claims that the scooter itself is made from aerospace grade aluminum alloy which means that the scooter is not only tough, but lightweight, which might also come in handy if you need to bring it with you onto the train. Combine that with the foldable design and you’ve got yourself a near-perfect personal mode of transportation. 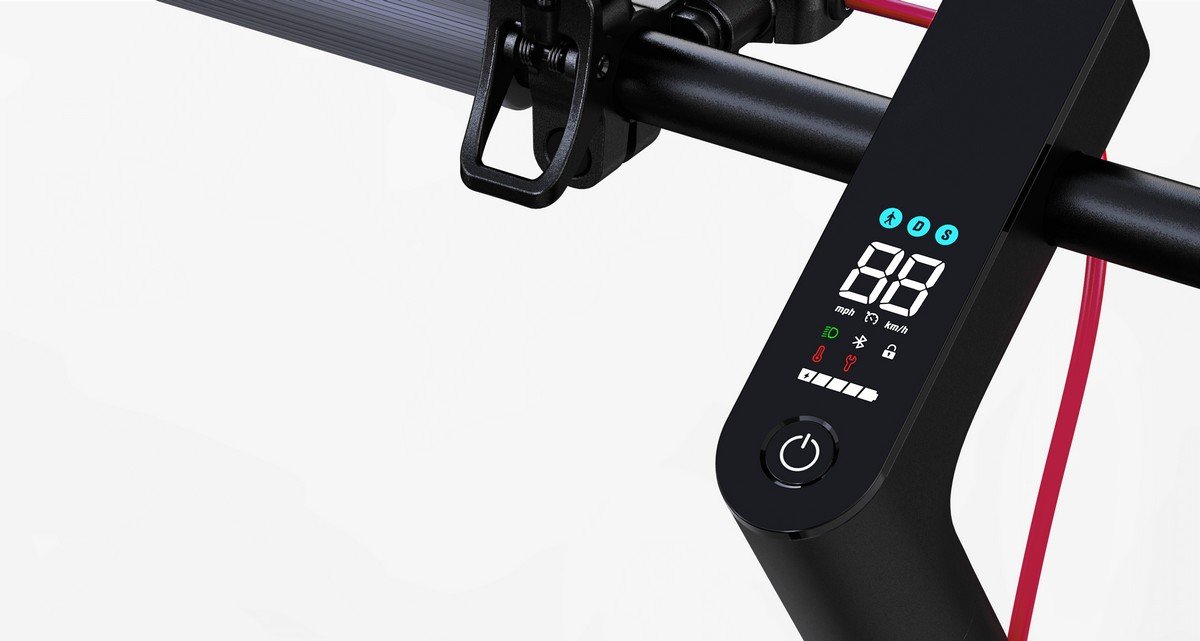 Seeing as how this is an electric scooter, it makes sense that we talk about its power. After all, what good is having it motorized if you end up being better off pushing it yourself, right? With the Xiaomi Electric Scooter 4 Pro, the company claims that it offers a max power of 700W.

It can also travel at a top speed of 25km/h, which is honestly pretty fast as far as electric scooters are concerned, but unless you know for sure that the area is clear of cars and people, it’s still a good idea to travel at a safe speed all the same. The 700W power output also means that the scooter is capable of climbing hills with a 20% incline climb, so it should be good enough to make it around a city.

Xiaomi has also included the use of 10-inch DuraGel tires which are tubeless, meaning that you don’t have to worry about punctures like you would a regular bike or car tire. This doesn’t mean that the wheels can’t get damaged, but it’s something less to worry about. In the event that they are damaged, they are self-sealing which means that you can still make it to a store to get it fixed or replaced.

Electric scooters are powerful and as such, they can be quite a drain on the battery. With the Xiaomi Electric Scooter 4 Pro, the company has equipped it with a 446Wh battery that is apparently good for up to 55km on a single charge (depending on your speed too). Unless you plan to cross state lines with this, 55km should be more than sufficient for most people.

Speaking of charging, Xiaomi has also made changes to the charging lid where it is now magnetized so that you can easily remove it and replace it when you’re done charging.

As for the scooter’s safety, the scooter comes with an E-ABS regenerative anti-lock braking system for the front wheel, while the back brake size has been increased to 130mm, ensuring that there is enough braking power when you need it.

There are also various reflectors placed along the bike and there’s even a brake light on the back to let other vehicles or people behind you know that you’re coming to a stop. There’s even a 2.5W headlight so if you are riding at night, the bulb should be bright enough to illuminate what’s ahead of you while also letting people know you’re there.

If the Xiaomi Electric Scooter 4 Pro sounds like the perfect personal transportation vehicle for you, then you might be interested to learn that it will cost around $665. More information on the scooter including its complete specs can be found on Xiaomi’s website.