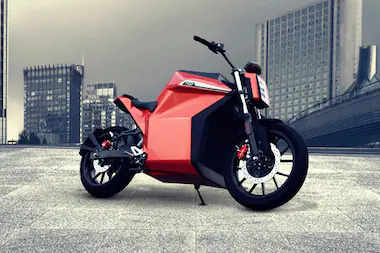 Ahmedabad-based EV maker Svitch MotoCorp on Tuesday said it plans to invest INR 100 crore in the project related to electric bike CSR 762 which is expected to hit the market in this calendar year. The e-motorbike will be priced at around INR 1.65 lakh on which a subsidy of Rs 40,000 will be given as per the government mandate, the company said in a statement.

Svitch Bike, which started in 2019, currently has four bikes — XE+,XE, MXE and the non-electric NXE — in its product portfolio. These models are produced at its Sanand manufacturing facility in Gujarat.

The company has pan-India presence with a network of over 130 dealers and distributors, as per the release.

“Svitch MotoCorp plans to pump in over INR 100 crore into the CSR 762 project in 2022,” the company said in the statement.

Equipped with double 3.7 kWh Li-ion NMC (Nickel-Manganese-Cobalt) batteries, which are encased individually in “suitcase-like” carriers, the e-bike offers a range of 120 km on a single charge, the release said.

“We are extremely delighted to launch the CSR762. The launch comes after two years of rigorous development and multiple prototypes; the final design boasts features that are tailor-made for the Indian millennials,” said Rajkumar Patel, the promoter of Svitch MotoCorp.