The heartbroken family of a ‘loving’ father who died after crashing his e-scooter into a tree have called for a ban on the ‘lethal’ gadgets.

Electrician Paul Mulqueen, 41, died in a Coventry hospital the day after his crash on June 3 last year, leaving behind two children, aged nine and 15.

His mother Pat Mulqueen-Wood said this week that he used his e-scooter to commute to work – adding he was likely unaware that they are outlawed on public roads unless they a rented as part of a government-backed trial.

In paying tribute to her ‘funny, kind and loving’ son, Mrs Mulqueen called for a ban on the vehicles – which, according to government statistics, injured 931 people in the year ending June 2021, including 131 pedestrians.

The grandmother said she believes retailers are profiting off the confusion among the public over their legality.

‘We know now it was an illegal scooter but we didn’t know then, it was a scooter he bought online,’ she told Coventry Live. 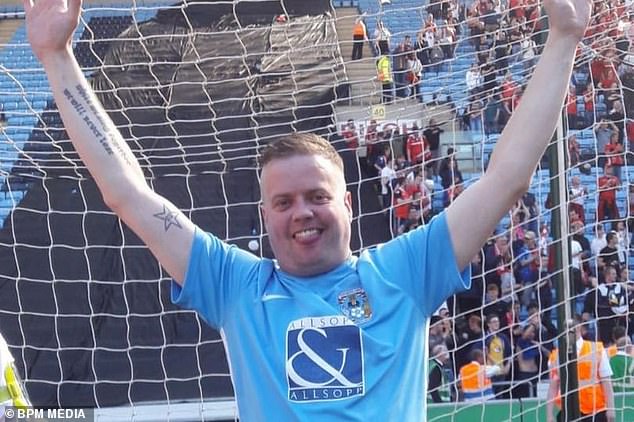 Electrician Paul Mulqueen (pictured), 41, died in a Coventry hospital the day after his crash on June 3 last year, leaving behind two children, aged nine and 15. 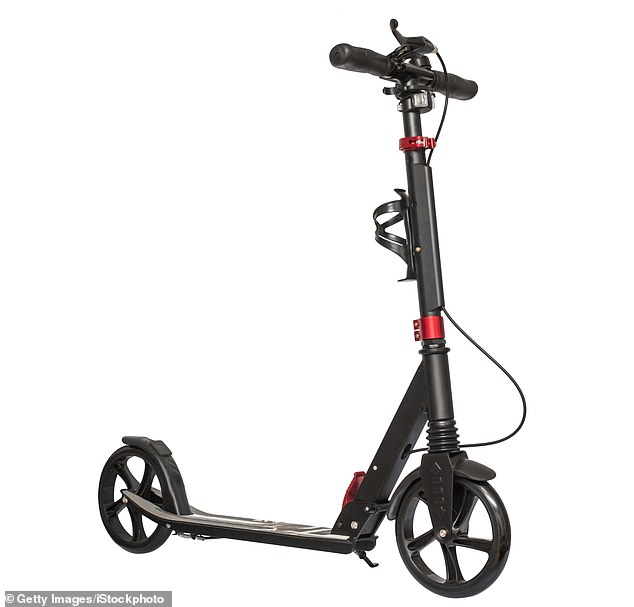 In paying tribute to her ‘funny, kind and loving’ son, Pat Mulqueen called for a ban on e-scooters this week (file photo)

‘I want them to be banned completely. Had he not died, to me, they’d have just been a nuisance, but they are lethal.’

She revealed this week how Paul’s last words to her were his vows to call her that evening.

‘I am still waiting for him to call me,’ she said, ‘I phoned him and he said I’ll call you back at half past four and I was still waiting.

‘I believe the accident happened at half four, Paul made it home, by the time he got home, he couldn’t walk, he said he hit a tree.’

The family of Paul, who worked various jobs during the pandemic, including in supermarkets and as a Covid PCR tester, are still looking for answers about where the crash took place.

The details of the incident remain a mystery because there were no emergency services called to the scene and Paul was able to make it home by himself.

‘He slid under the radar, we don’t know how many others have,’ Mrs Mulqueen-Wood said.

An ambulance was called after he began to feel unwell and he woke up from a nap in pain. He died the next day after sustaining catastrophic injuries.

‘Paul as a person, just going by some of the comments we’ve had, was loving, kind, generous, and jovial,’ Mrs Mulqueen-Wood said.

‘Someone said at the funeral that Paul was the sort of person, you could go into a room where he was, and there was an aura, people wanted to be with Paul. 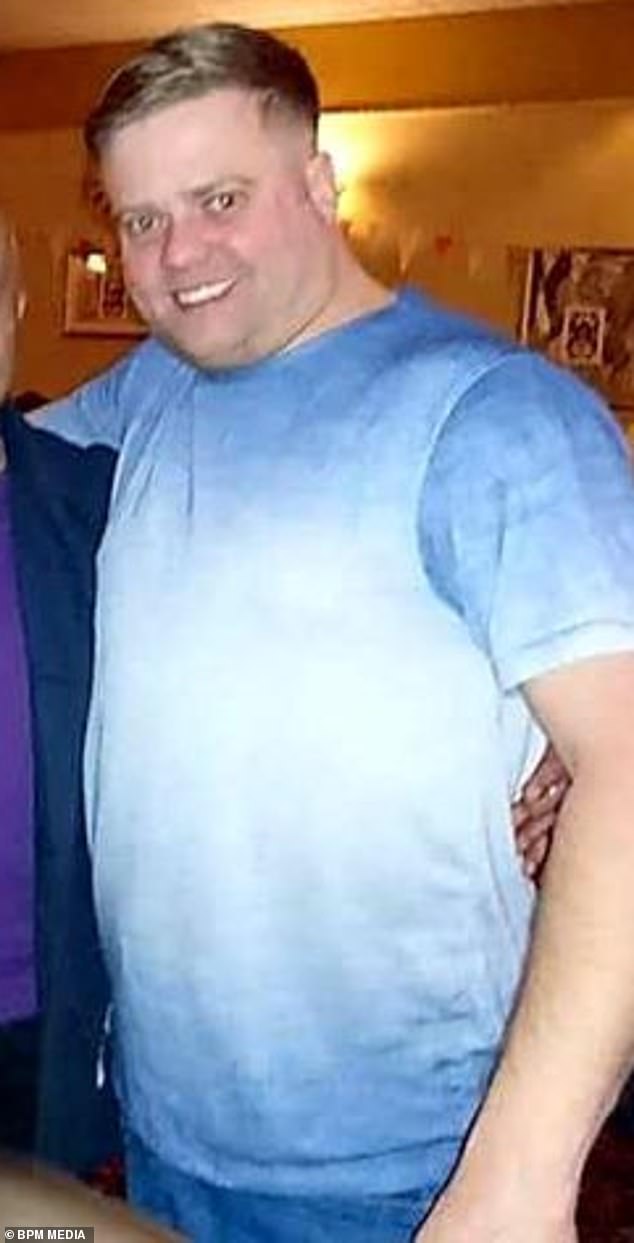 An ambulance was called after Paul (pictured) began to feel unwell and he woke up from a nap in pain. He died the next day after sustaining catastrophic injuries

The law on e-scooters in London, where government-backed trials of the vehicles are taking place

As of June 2021, e-scooters have been available to rent in several London boroughs.

Councils in the city have been running the trial in a ‘wider effort by TfL, London Councils, London boroughs and the UK Government to enable people to use new and greener forms of transport’.

The safety rules of the rental trial of e-scooters are:

‘He didn’t go out to make friends, people came to him to be his friend, because you know you were going to have a good time, he was funny, he changed peoples names, one of his friends, Bonjo, I didn’t know his name was John!’

She continued: ‘He never called my husband Grahame, he called him Grandpap, he was funny, naturally funny, he didn’t set out to be funny.’

Paul was a life-long and die-hard Sky Blues fan, his mother recalled, adding: ‘The only thing he was critical of was if Coventry weren’t winning!’

‘He’s been all over the country with Sky blues, he loved it, he loved the cup matches, but he always made sure that other people had got tickets.’

‘You don’t get that if you’re not loved,’ she said.

More than £1,000 was raised for Coventry guide dogs at Paul’s funeral.

It comes after it was revealed this week that electric scooters could be fitted with speakers that make a ‘tuba-like’ sound to warn pedestrians amid rising injuries.

Researchers are working with e-scooter rental firms in Government trials around the UK.

They are developing a noise to alert people to e-scooters, which currently only make a low whirring sound.

The sound with the greatest impact is thought to be a repeated sharp ‘tsh’ – like a cymbal – followed by a tuba-like ‘hum’.

Scooter firms TIER, Lime and Dott are working with a research team at University College London.

Experts want the sound to be different from traffic without adding to noise pollution.

Professor Nick Tyler, of UCL, said: ‘That is how we survived in the savannah thousands of years ago as our hearing system has evolved to detect small sounds that we determine are important.’ 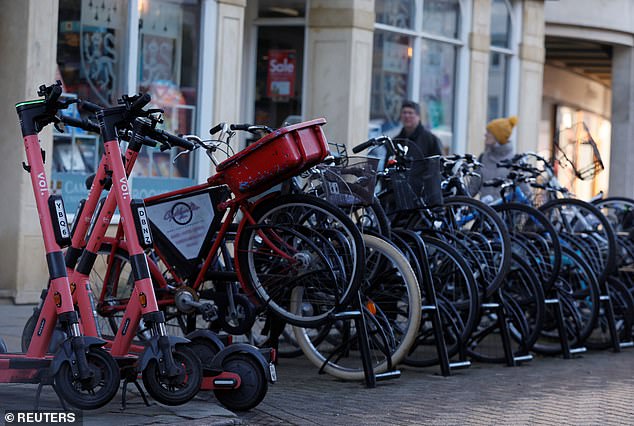 He told The Daily Telegraph: ‘That sound would have been something like the snapping of a twig – that would attract your attention and your vision would take over.’

Latest figures show that 931 people were injured in accidents involving e-scooters in the year ending June 2021, including 131 pedestrians.

Fred Jones from e-scooter company TIER told the paper: ‘Working with experts at UCL to develop an inclusive sound for e-scooters will be crucial to protecting pedestrians and road users potentially made vulnerable through the introduction of this new transport mode to the UK.’

E-scooter company TIER, which operates in York and London, has committed to adding the finalised sound to its vehicles and making it available to other companies.

The noise will likely be emitted from a small speaker attached to the devices.