While Ola themselves have shared images and a video of its upcoming electric scooter in production ready form, the new images reveal a few more details. Not too long ago, Ola had asked on social media what colours the scooter should be available in other than black, and it looks like pink and light blue are part of the list.

An image of the display also reveals that it will be rather large and like most two-wheelers today, it features a side stand position indicator. The scooter in the image also appears to have 87 percent of its charge left with the distance-to-empty readout still showing 122km. If this figure is to be believed, the Ola Electric scooter is set to become the EV two-wheeler with the highest range in India. Sources suggest that the Ola scooter can reach speeds in excess of 100kph. 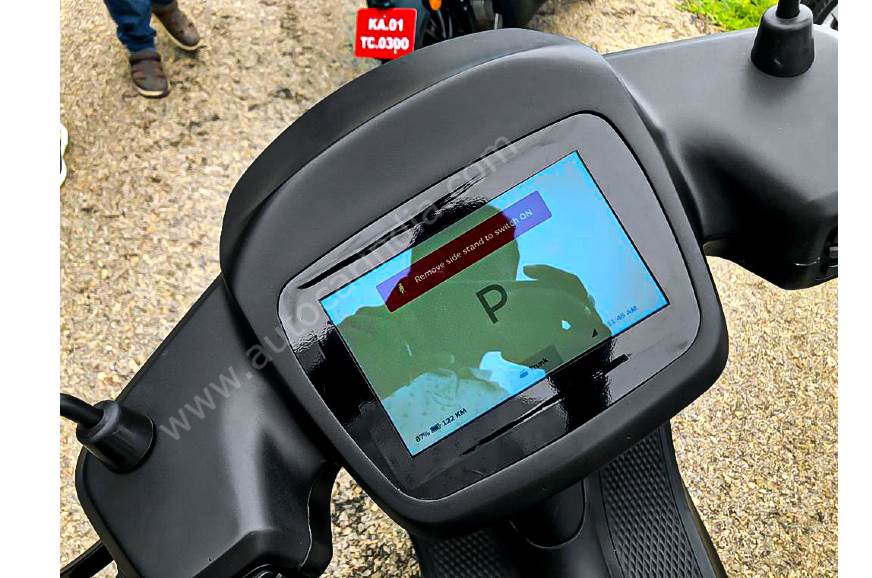 Pair that with the Ola Hypercharger network, which the company claims will be “the world’s largest, densest, fastest 2W charging network with 1 lakh locations across 400 cities” and things begin to look quite promising. The Ola Electric scooter also promises 50 percent charge in just 18 minutes, adding a claimed 75km of range.

A few days ago, Ola Electric also took to social media to announce a few features of the scooter, including an app-based start-up system. In addition to this, the display is also expected to showcase information like calls and SMS alerts, navigation, ride statistics and more.

Ola Electric began accepting bookings or reservations just yesterday for its upcoming scooter at Rs 499. The company promises priority delivery for those booking it at this stage.