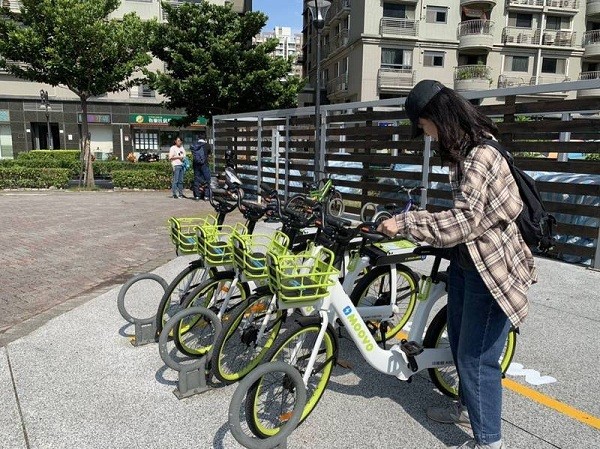 TAIPEI (Taiwan News) — The dockless electric bike-sharing platform Moovo will suspend its New Taipei operations from Sept. 7 after its debut in the city’s Tamsui District a year ago.

With the platform, users will be able to rent and return electric bikes via mobile app. Each bicycle is monitored by a GPS tracker.

The New Taipei Department of Transportation said it’s understandable the bike-sharing operator has to adjust according to market mechanisms, Liberty Times reported. The city government will survey the platform’s original rental stations to assess whether they are suitable for the installation of YouBike 2.0.

According to Moovo, during its year-long operation, the platform’s membership broke the 50,000-user mark, and its satisfaction rating reached 92%. Illegal parking by customers did not become a problem, which proved that effective management can be achieved with intelligent electronic systems that do not require hardware installation, the company said.

Moovo said its operations in New Taipei were the achievement of an important milestone. It added that it will use its past experience to explore opportunities for future cooperation with other municipalities.

New Taipei Department of Transportation Director Chung Min-shi (鍾鳴時) said the city has approved four scooter and car-sharing companies to operate in the city — iRent, GoSmart, WeMo, and GoShare. There are a total of 17,246 shared scooters and 1,263 shared cars in the city, per Liberty Times.