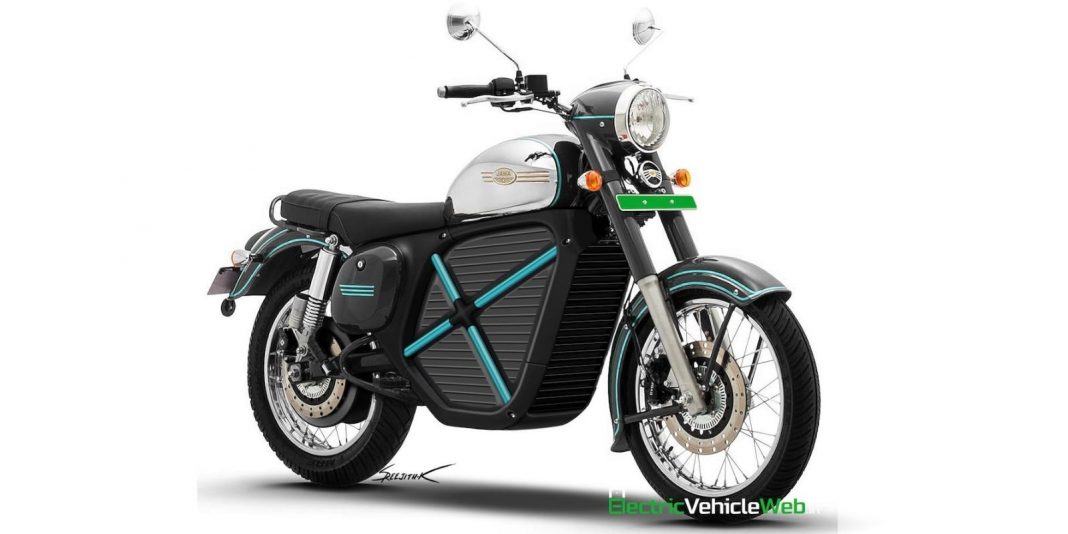 Jawa electric bike is expected to go on sale sometime next year and later this year, the Yezdi brand could be revived as well

According to recent reports that emerged on the internet, Classic Legends will more launch an electric motorcycle sometime next year and it could be branded Jawa or Yezdi. While no official statement has been made, the rendering showed here gives an idea of how the zero-emission motorcycle might look like as it carries the same retro classic design approach.

The battery pack could be available in a large enclosed casing while the charging port and other critical electrical components could be housed within the space where the fuel tank is present in ICE motorcycles. The eco-friendly model could have several commonalities with the existing Jawa and Forty Two as suspension, brakes, body panels, etc could be shared to keep the production costs down.

In the rendering, the handlebar and the footpegs’ positioning remains unaltered as upright rider’s position and a comfortable seat setup can aid in offering good long touring characteristics. More crucially, this brings the range and charging time into the spotlight as a high capacity battery pack and quicking charging facility could come in handy. 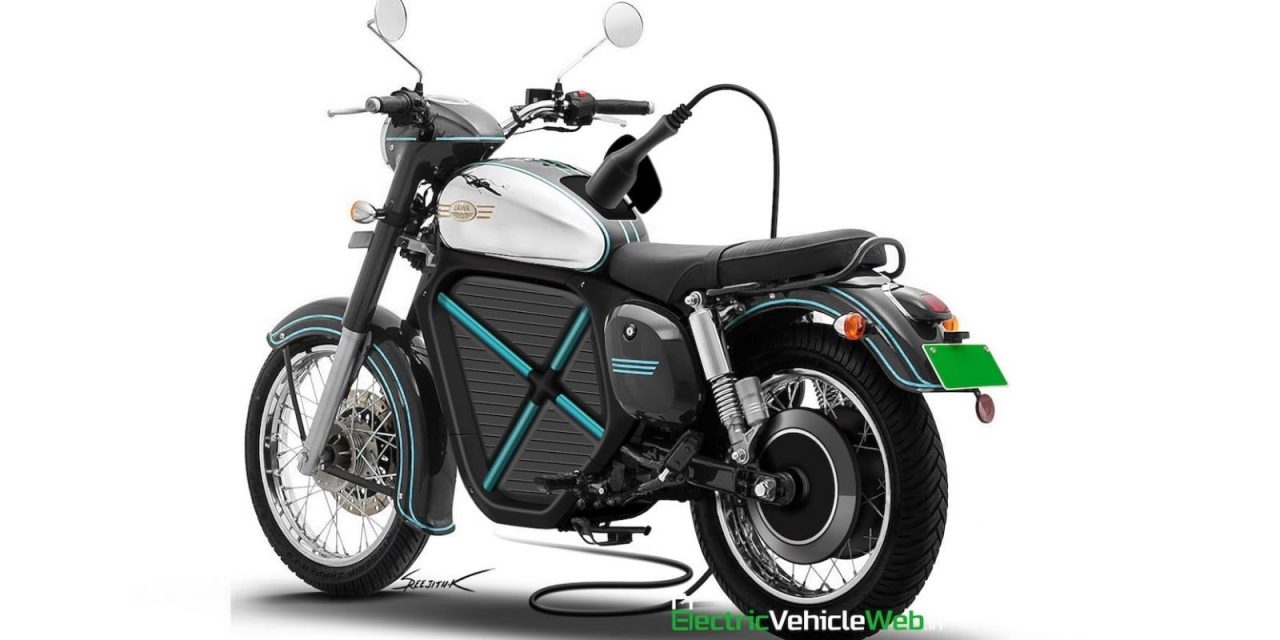 It was previously said that the Yezdi brand would be revived in India via an electric motorcycle but a recent speculation suggests the company could make a comeback through a 300 cc bike based on the existing Jawa’s platform, which in turn derived from Mahindra Mojo. Interestingly, the BSA brand could be the one to get the first electrified motorcycle within Classic Legends and it looks to be currently developed in the United Kingdom for the global markets.

The Yezdi brand is expected to be revived later this year around the festive season with a 300 cc motorcycle and it could be the scrambler spotted a few months ago. Since the RoadKing name has been trademarked, it could be used on it as well. As for Jawa, Khahki and Midnight Grey colour schemes were introduced recently.

The Yezdi motorcycles will more likely be sold at the same dealerships as Jawa and the existing 300 cc DOHC liquid-cooled engine paired with a six-speed transmission could be utilised.