Ola Electric may be making a silent scooter, but it’s making all the right noises in the build up to the commercial launch. Expected to be named the Ola Series S, this brand-new electric scooter is already attracting eyeballs and pre-launch reservations, with well over one lakh prospective buyers putting down Rs 499 to book one. Earlier this week, we’d told you about Ola’s plans to sell directly to buyers and home-deliver the scooter; now, we’ve got another vital piece of information – the range of the Ola electric scooter.

Tech2 has learned the Ola Electric scooter is set to have a real-world range of up to 150 kilometres on a full charge. This ties in neatly with some of the information that has surfaced in the run up to the introduction of the e-scooter.

The top-spec variant of the Ola Electric scooter is set to have a real-world range of up to 150 kilometres. Image: Ola Electric

Initially, Ola had hinted at its targeted range, stating the scooter can charge to 50 percent in just 18 minutes at one of its ‘Hypercharger’ stations, which would give it a range of up to 75 kilometres.

Recently, one among a series of spy shots of the Ola electric scooter gave us a clearer look at its large digital display, which divulges a key figure at the bottom left – 122 kilometres of indicated range remaining, with the battery charge level pegged at 87 percent. The screen also reveals the presence of a side-stand cut-off function, a virtual switch to unlock the seat and access the storage space underneath, and the presence of signal bars at the bottom right, indicative of the scooter packing an e-SIM for connectivity features. In this spy image, range displayed on the Ola Electric scooter’s screen is 122 kilometres with 87 percent charge left.

If you were to simply add in the missing 13 percent, that would mean the Ola Series S would have a total real-world range of about 140 kilometres on a full charge. However, it’s worth remembering that range varies basis riding styles (and ride modes), so it’s quite possible the scooter was ridden with some gusto before it was caught on camera. Like most e-scooters, the Ola Series S, too, is likely to come with different ride modes that’ll bring mode-specific speed limits and different range estimates.

The Ola Electric scooter, would, thus, have most other electric scooters beat on the range front, both in real-world settings as well as during certification. Given the Ola’s real-world range is likely to be as high as 150 kilometres, its ARAI-certified range figure would be higher still, expected to be somewhere between 180-190 kilometres. It’s also worth remembering that this figure will likely only apply to the pricier, top-spec variant of the scooter, expected to be named the Ola S1 Pro. A lower-spec model – with a different battery configuration and markedly lower range – is also expected to be offered for cost-conscious buyers. Final details on the battery itself are yet to be confirmed by Ola.

Ola Electric scooter to have fixed batteries, not swappable ones

There is still a large section of buyers presuming the Ola Electric scooter will come with swappable battery packs, as the Etergo Appscooter, which forms the basis for the Ola Series S, employed those. However, this is not true – the Ola Electric scooter will come with fixed batteries and not swappable ones. The reason for this is simple – setting up and maintaining a country-wide battery swapping network would not just take a lot of time, but would also be a genuinely heavy drain on Ola’s resources, and the solution would not necessarily be feasible for the end user, given the relatively high cost of subscribing to a swappable battery network. 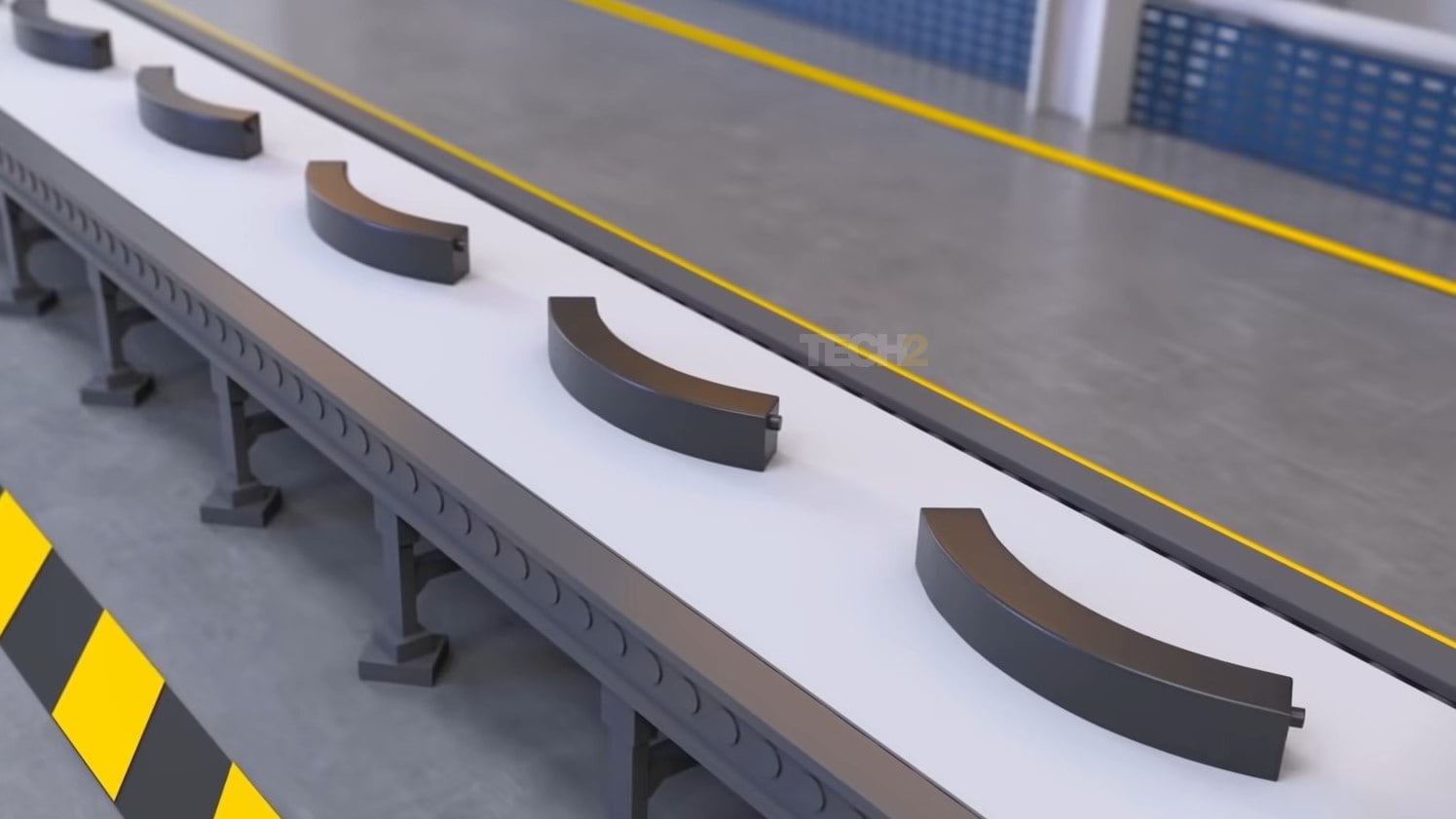 The banana-shaped batteries of the Ola Electric scooter look similar to the Etergo Appscooter’s, but will be fixed and not swappable. Image: Ola Electric

Besides, many in the EV space believe the rapid enhancements in battery technology will anyway render swapping – which primarily aims to do away with charging times entirely – a pointless exercise in the coming years. Instead, Ola Electric will have fixed charging stations (including slow- and fast-charging points) in 100 cities across India at the time of the Series S’ launch, and will eventually cover more than 400 cities. Its decision to sell directly to buyers online also means it can retail its e-scooter in practically every city in India right from day one.

The Ola Electric Series S e-scooter also claims to have the largest under-seat storage in its category, with the ability to accommodate two half-face helmets. It will be available in a total of ten colour options.

When it is launched in the coming weeks, expect Ola Electric scooter prices to range between Rs 80,000 to Rs 1 lakh.