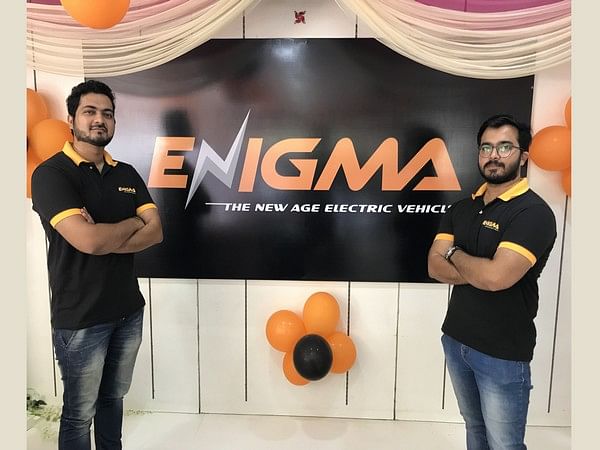 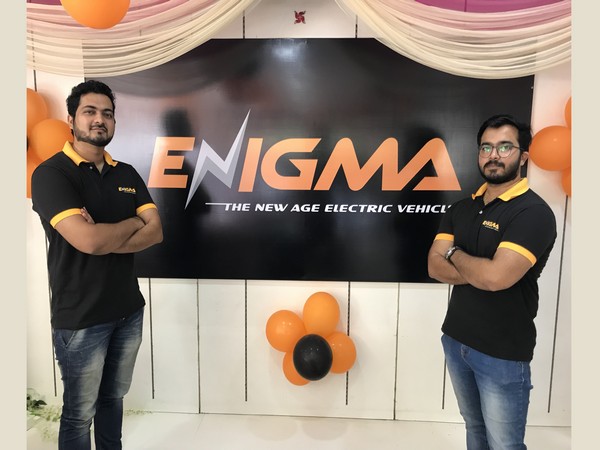 Bhopal (Madhya Pradesh) [India], July 20 (ANI/PNN): Bhopal-based Enigma Automobiles, a leading manufacturer of electric scooters, is poised for its next phase of growth as it launches new models to capitalize on the growing awareness and adoption of electric vehicles in the country.

Enigma Automobiles, which accounts for 30% of the electric vehicle market in its home base of Bhopal, ended the financial year 2020-21 with a turnover of Rs. 5 crores and is eyeing to triple it to Rs. 15 crores this year.

“We are seeing a growing acceptance of electric scooters across sections of users as an environment-friendly and cost-effective means of travel within cities. We are on track to close this financial year with revenue of Rs. 15 crores,” said Anmol Bohre, founder, Enigma Automobiles.

The firm is planning to expand beyond Bhopal to other cities in Madhya Pradesh in the coming months. It presently offers three models of electric scooters – Crink, GT-450, and Ambier – and has plans to launch three high-speed scooters before Diwali. While the immediate focus continues to be on Madhya Pradesh, Enigma also has plans to expand to other states in the near future.

Anmol, a computer engineer by profession, founded Enigma Automobiles along with his brother Alancrit in 2015. The spirit to do something about India’s dependence on oil imports, as well as fatally high pollution levels across several Indian cities, is what led the two brothers to foray into the business of electric scooters.

“The initial days were tough. Two youngsters talking about setting up an electric vehicle company, and that too in an agrarian state like Madhya Pradesh wasn’t the most convincing proposition for investors or customers. It was a daunting task to educate people about electric vehicles in those days,” recalled Anmol.

But, the two brothers were determined and launched Enigma Automobiles in October 2015 with the support of acquaintances and their personal savings, and have not looked back since.

“We were convinced about the potential of electric scooters, and we are glad we didn’t give up on our dream. Looking at how electric vehicles are being adopted globally, we are confident the sky’s the limit for us,” said Anmol, adding their journey has just begun.

The government of India has undertaken multiple initiatives to promote the manufacturing and adoption of electric vehicles in India. The Madhya Pradesh government has also announced an Electric Vehicle policy to drive large-scale adoption of EVs. In recent weeks, several states such as Gujarat and Maharashtra have announced initiatives, including financial subsidies, to encourage the adoption of electric vehicles by more people, and other states are likely to follow suit.

This story is provided by PNN. ANI will not be responsible in any way for the content of this article. (ANI/PNN)

This story is auto-generated from a syndicated feed. ThePrint holds no responsibility for its content.

Why news media is in crisis & How you can fix it

But the news media is in a crisis of its own. There have been brutal layoffs and pay-cuts. The best of journalism is shrinking, yielding to crude prime-time spectacle.

ThePrint has the finest young reporters, columnists and editors working for it. Sustaining journalism of this quality needs smart and thinking people like you to pay for it. Whether you live in India or overseas, you can do it here.