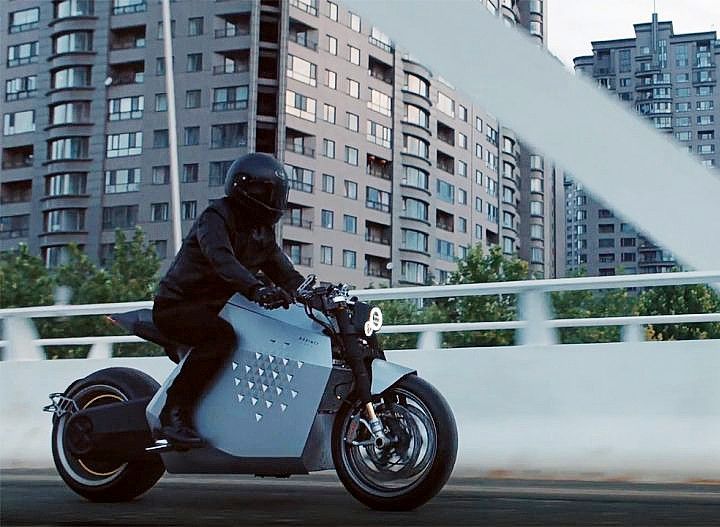 It seems like Chinese manufacturers are on a mission to change the way the world perceives them. The DC100 from Davinci Tech is one such electric motorcycle that comes close to the crème de la crème  of electric mobility like Daemon Motorcycles, Lightning and Energica.

Unlike most electric motorcycles that try to blend into the crowd, the outlandish design of the DC100 sure makes it stand apart. From the asymmetrical headlights to the bulky one piece fairing and single-sided swingarm is unlike most of the electric motorcycles on sale. That said, the fairing does have an eerie resemblance to the Ultraviolette F77.

But the styling isn’t half as impressive as its feature list. Topping the list is the inertial measurement unit that monitors the pitch, roll and yaw of the motorcycle. With this, the electric motorcycle gets traction control, ABS, hill start control, downhill assist and even a reverse gear. Furthermore, to make low-speed maneuverability a tad easier, the company has incorporated a ‘Driving Assistance’’ feature that improves tractability and ensures smooth starts. Much like Ather Energy’s OS, the bike’s software will be rolled out Over-The-Air (OTA).

The Davinci DC100’s motor belts out an impressive 137PS and an astounding 850Nm. However, the brand hasn’t revealed other specifications yet. Its sibling, called the DC Classic, uses an Ohlins fork with a custom carbon fibre sleeve from Dyneema and a custom Ohlins monoshock. Braking  hardware includes Brembo GP4 calipers and RCS 19 master cylinder. The claimed range is an impressive 400km, while the charging time is claimed to be 30 minutes. It is likely that the company may use the same components on both the bikes.

There is no official word on the availability or the pricing of the Davinci DC100. However, the bike is likely to be limited to the domestic market only. Recently, another impressive Chinese electric motorcycle that broke cover was the Voge ER 10.