Hero Electric’s mid-speed scooters have witnessed a massive, game-changing price drop thanks to initiatives taken by the Maharashtra and Gujarat state governments to boost adoption of electric vehicles. On top of the increased FAME-II subsidy from the centre, electric two-wheelers are also eligible for a hefty incentive from the state they’re sold and registered in. Both the Gujarat EV policy 2021 and Maharashtra EV policy 2021 offer large subsidies for electric two-wheelers, and this incentive has seen prices of Hero Electric scooters in both states drop by a huge margin, effectively making them much more affordable, as the range now starts at under Rs 40,000.

The state of Gujarat is extending a subsidy of Rs 10,000 per kWh of battery capacity (maximum subsidy capped at Rs 20,000) to the first 110,000 e-two-wheelers sold. What this means is the highest per kWh subsidy for any state in India makes Hero Electric scooters amongst the most affordable scooters available in Gujarat. 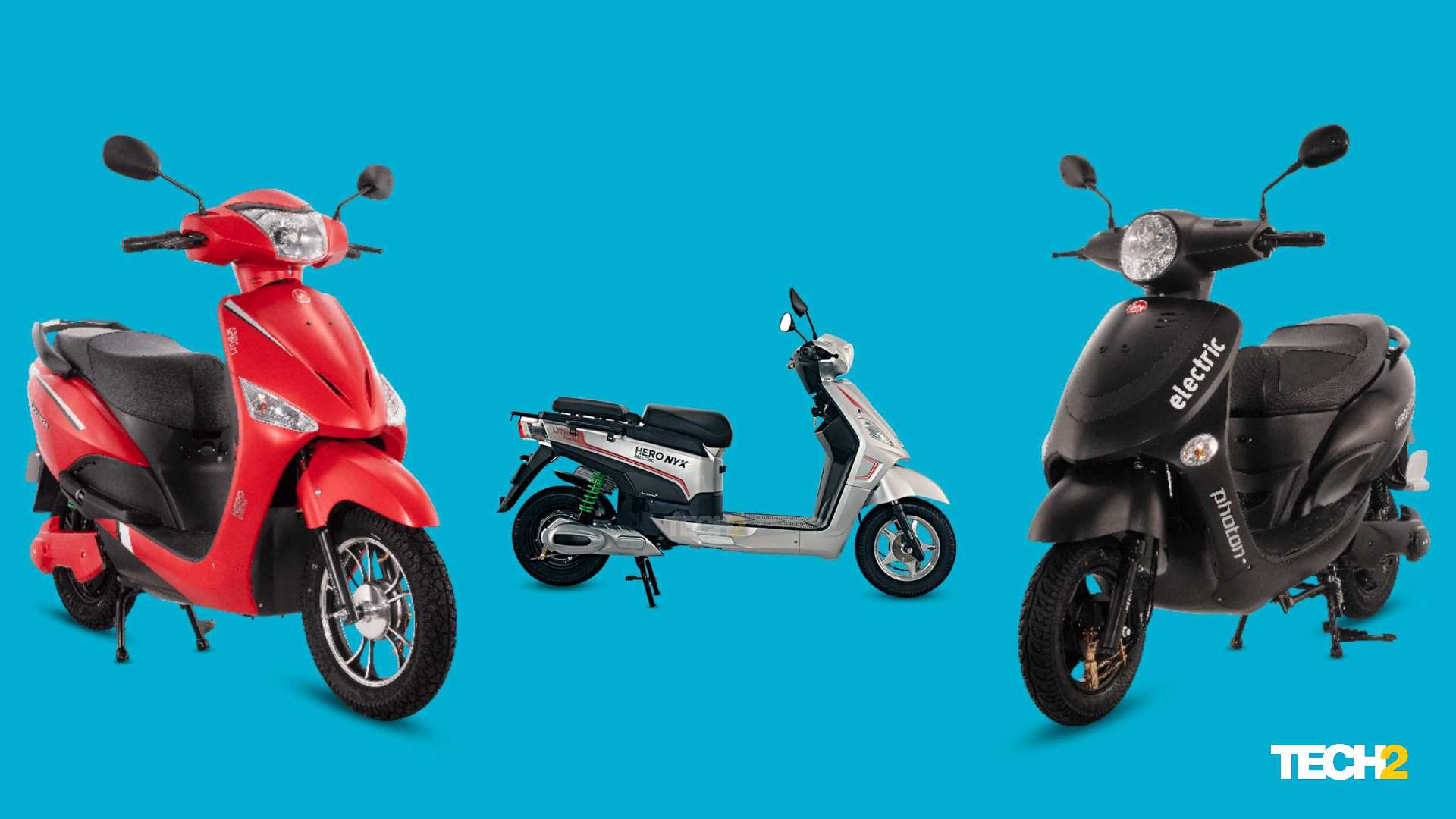 More interestingly, the Hero Electric Nyx – which is geared more towards commercial-use buyers – benefits greatly from the subsidy on offer. While the single-battery Nyx E5 is eligible for a subsidy of around Rs 15,000 (bringing its final price down to nearly Rs 45,000), it’s the dual-battery Nyx E5 ER – with a claimed range of 165 kilometres – that sees a massive price drop, with the full Rs 20,000 subsidy driving its price down to around Rs 43,000. For those who want even more range, there’s a triple-battery version named the Hero Nyx E5 HX (with a 210-kilometre range), that benefits from the full Rs 20,000 subsidy on offer, bringing its price down to Rs 65,000. As part of its EV policy 2021, Maharashtra is offering to incentivise the first 100,000 e-two-wheelers, and is extending a subsidy of Rs 5,000 per kWh of battery capacity (capped at Rs 10,000), which is only half of what Gujarat offers. However, till the end of 2021, Maharashtra is also offering an ‘early bird incentive’, which effectively takes the total subsidy amount from Rs 10,000 to as high as Rs 25,000. Resultingly, some Hero Electric scooters will be even more affordable in Maharashtra, at least till the time the early bird incentive is in place. 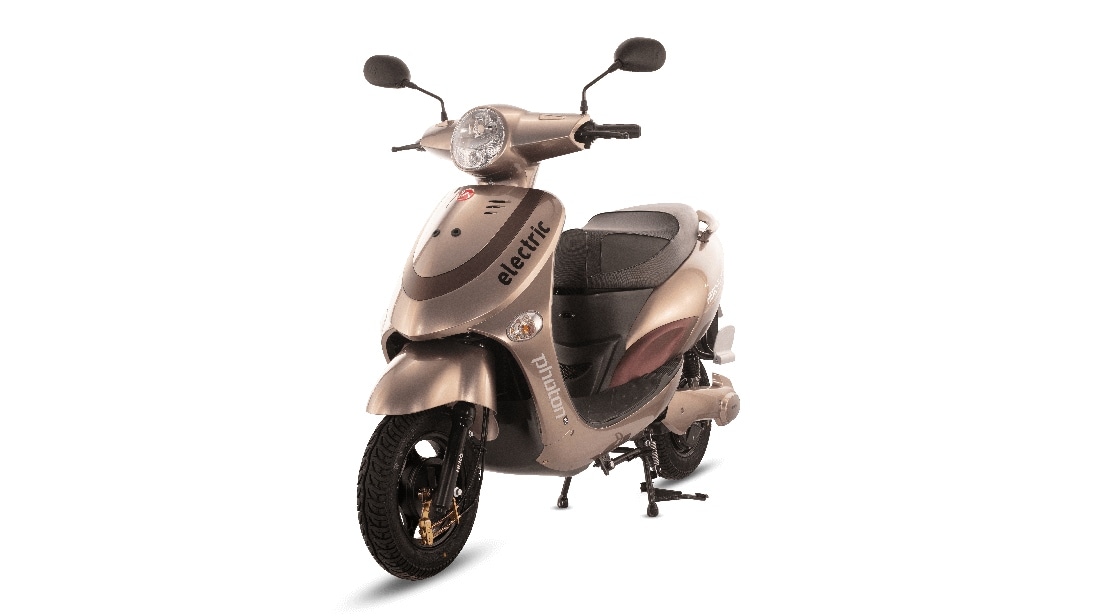 In Gujarat, the Hero Electric Photon is eligible for a state subsidy of close to Rs 19,000. Image: Hero Electric

At around Rs 39,000 (subsidy included), the single-battery Hero Optima HX costs as much in Maharashtra as in Gujarat, but the dual-battery Optima ER stands to benefit from the full Rs 25,000 subsidy available at present, which brings its price down to a lowly Rs 33,000 – making it even more affordable than the single-battery model!

Eligible for a state subsidy of close to Rs 16,000, the Hero Electric Photon costs around Rs 55,000 in Maharashtra. The dual-battery Hero Electric Nyx E5 ER (with a claimed range of 165 kilometres) will cost a mere Rs 38,000 in Maharashtra. Image: Hero Electric

The single-battery Nyx E5 is about the same price in Maharashtra (Rs 46,000) as in Gujarat, but once again, the dual-battery Hero Nyx E5 ER is more affordable, costing around Rs 38,000 with the full Rs 25,000 state subsidy factored in. The triple-battery Hero Nyx E5 HX is also eligible for the same subsidy, so that, in Maharashtra, will now cost around Rs 60,000 (all prices, ex-showroom).

It’s worth noting at this point that both states waive off registration charges and road tax on electric two-wheelers, so their on-road prices won’t be too far removed from the ex-showroom prices mentioned here.

The staggering impact of the state subsidy on the pricing will lead to a marked shift in customer preferences for Hero Electric’s scooters, according to the company. In an interaction with Tech2, Sohinder Gill, CEO at Hero Electric, said the company now expects low-speed scooters – which have a limited top speed of 25 kph – to only make up 20 percent of overall e-two-wheeler sales – a huge drop from the current 70 percent – with mid-speed models (having a top speed of around 45 kph) set to make up majority of e-two-wheeler sales in the country. 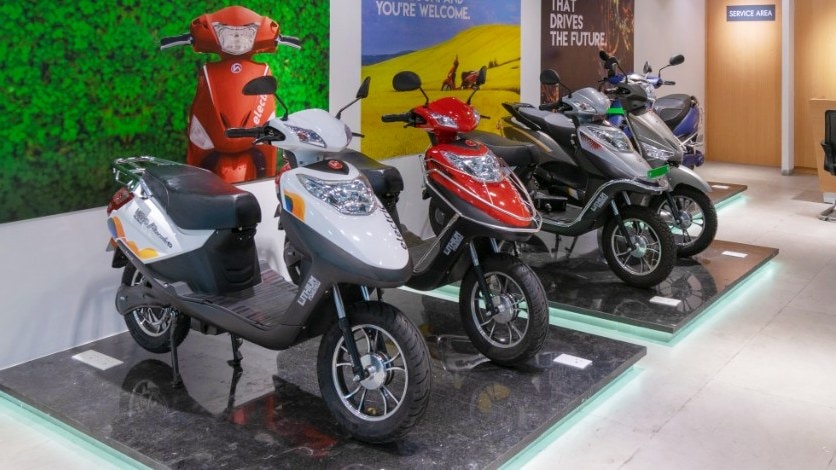 “With the introduction of the state policies, the greatest thing is that mid-speed scooters have become cheaper than the low-speed scooters. Many people were buying low-speed models for their affordability, they’re going to switch over straightaway to mid-speed models. For them, the sticker price was the deciding factor. The low-speed e-scooter market will never go away, but instead of accounting for 70 percent of all e-two-wheeler sales, it’ll now drop down to 20 percent. Till now, buyers could choose between a Honda Activa or a low-speed e-scooter for the same price, and that’s why they weren’t going for electric, because there was too much of a difference in performance. With the subsidies, mid-speed e-scooters are now a more favourable choice”, said Gill.

As it stands, Hero Electric’s mid-speed electric scooters – with the support provided by the Gujarat and Maharashtra state governments – are amongst the most affordable scooters on sale in the country, with most models undercutting even entry-level petrol scooters in the two states by a big margin.