The Simple One electric scooter will be initially introduced in Bengaluru, followed by Chennai and Hyderabad. 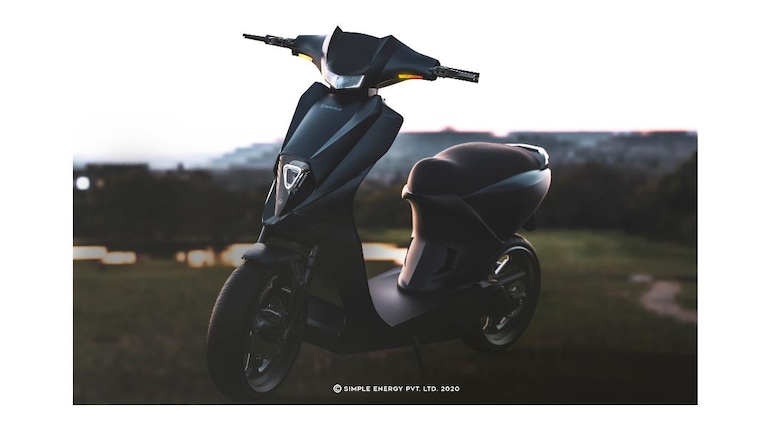 The Simple One electric scooter has a claimed top speed of 100kmph.

Bengaluru-based EV start-up Simple Energy has trademarked the name Simple One for its upcoming electric scooter. Earlier codenamed Mark 2, the Simple One is set to be launched in India on August 15, 2021, with its price expected to be in the range of Rs 1.10 lakh to Rs 1.20 lakh (ex-showroom).

The Simple One is based on the Mark 1 prototype, which was revealed last year. It gets a mid-drive motor paired with a removable 4.8kWh lithium-ion battery pack. The electric scooter has a claimed range of 240 kilometres in Eco mode. With a claimed top speed of 100kmph, it can accelerate from 0 to 50kmph in merely 3.6 seconds.

The Simple One features an all-LED lighting setup. It has a 7-inch touch instrument panel with 4G connectivity. The electric scooter will be initially introduced in Bengaluru, followed by Chennai and Hyderabad.

“We are elated to announce the name of the first electric vehicle by Simple Energy. Although it was known as Mark 2, the name Simple One will give the right essence from the brand and product perspective. The team is now gearing up for the launch,” Simple Energy Founder and CEO Suhas Rajkumar said.

Click here for IndiaToday.in’s complete coverage of the coronavirus pandemic.