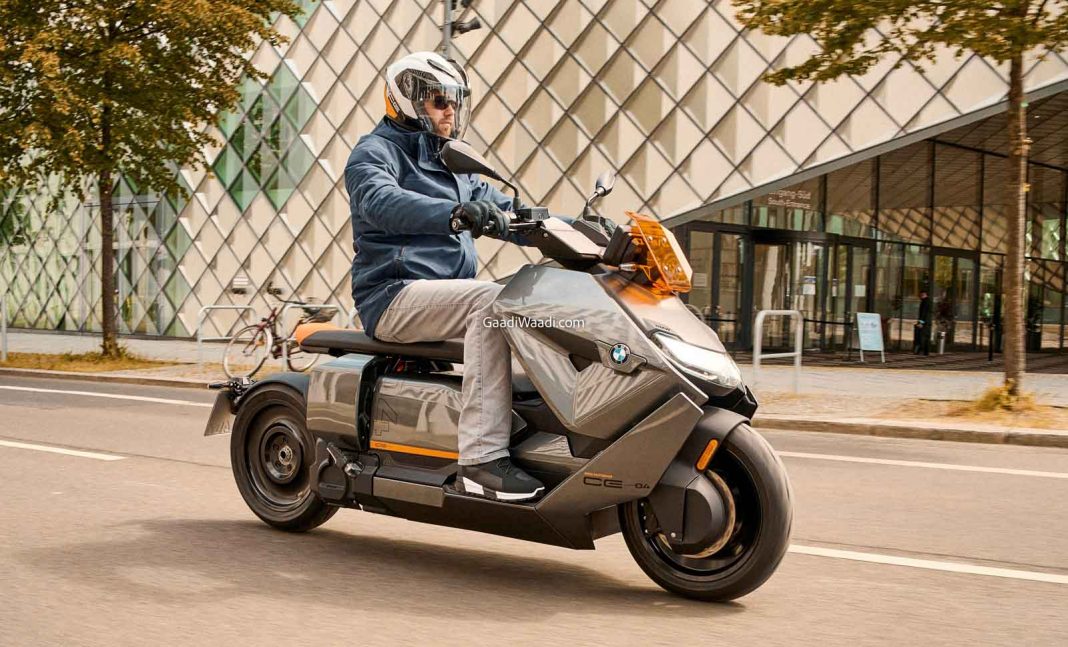 BMW CE-04 has a claimed riding range of 130 km and using a fast charger, it can replenish back to 80 per cent in 1 hour and 40 minutes

BMW Motorrad has today unveiled the CE-04 as part of its ‘silent revolution’ strategy and it will inspire a range of electrified scooters in the future. The CE-04 is not the first electric model from the German manufacturer but it replaces the C Evolution, which was a zero-emission version of the C400 maxi-scooter range sold in the international markets.

The BMW CE-04 is a radical departure compared to the C Evolution and is the production version of the Concept Link showcased in 2017 and the Definition CE-04 displayed last year. While deriving heavy influence from its conceptual versions, it is also inspired by the existing C400. The design does point the finger towards the future of e-scooters from the brand.

It boasts an appealing headlamp unit, familiar-looking moulded fairing up front, and a rather eccentric styling at the rear. The BMW CE-04 has the battery pack positioned under the floor and thus it has a bullet-like silhouette according to the brand. BMW has put a lot of effort into giving the CE-04 a good packaging with high-end technologies. 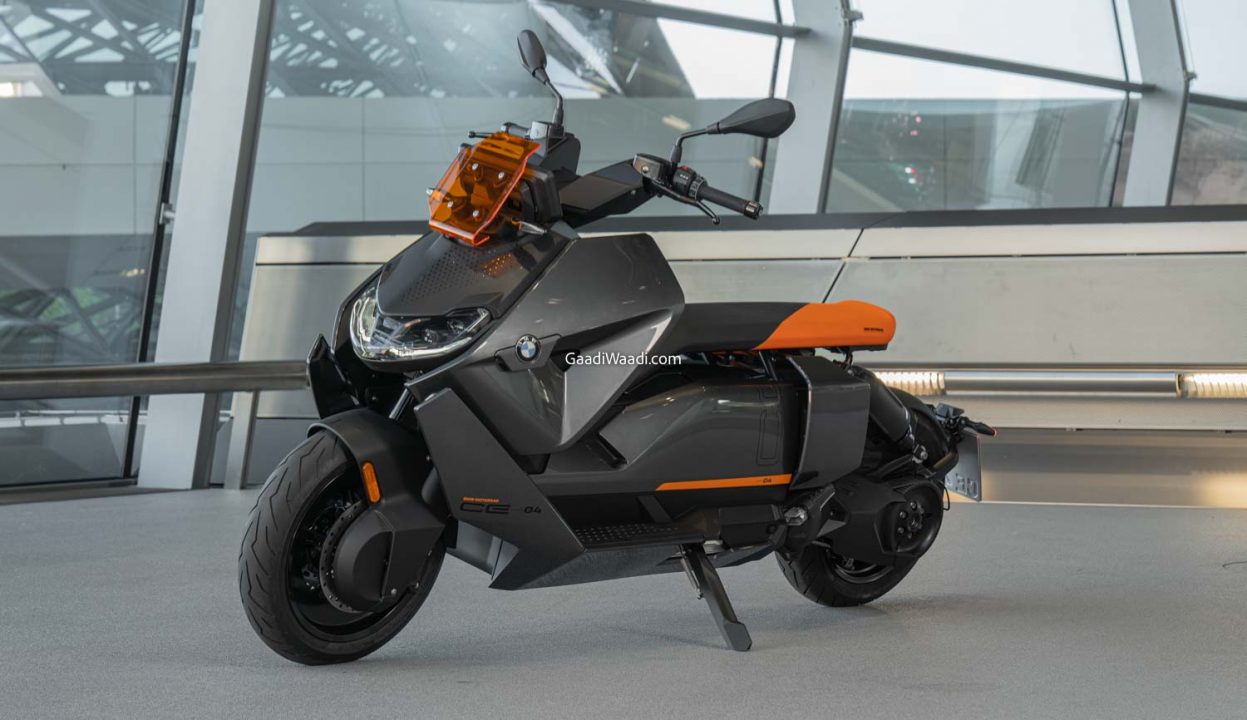 The muscular body panels hide the electric motor of 31 kW capacity and is capable of 42 horsepower. This helps the BMW CE-04 to accelerate from zero to 50 mph in just 2.6 seconds. For A1 license holders, a lower-spec version uses a 23 kW (31 horsepower) unit. The Lithium-ion battery pack and the associated technologies are taken from the brand’s iX SUV.

The BMW CE-04 has a claimed riding range of 130 km on a single charge and the company says it is designed to ensure the rider does not run out of range in an urban environment. Using a fast charger, the CE-04 replenishes back to 80 per cent in an hour and 40 minutes while a standard charger takes up to 4 hours and 20 minutes. 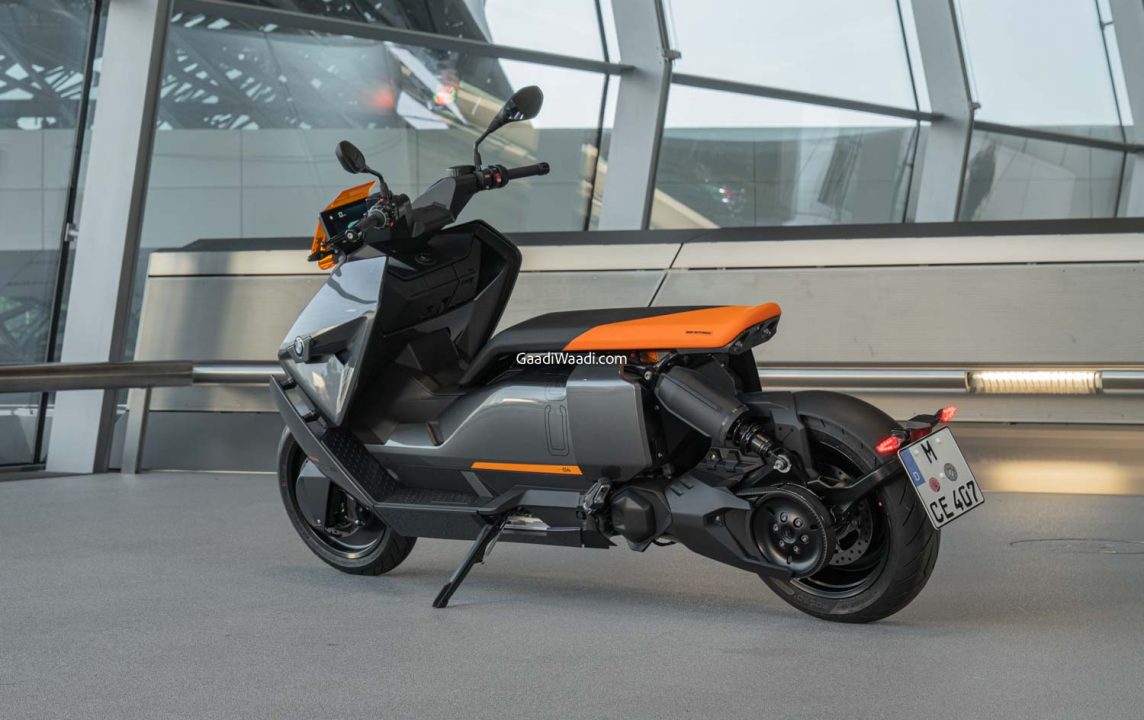