Belgian startup Cowboy has launched its eponymous e-bike, which it describes as the ‘ultimate urban commuter’. 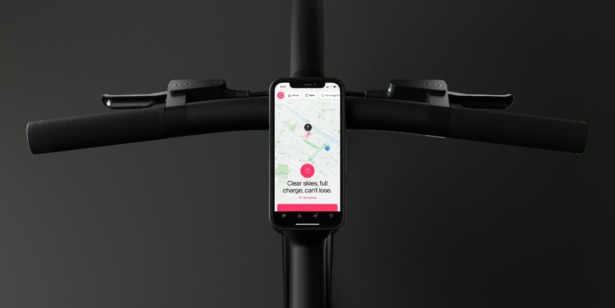 It’s available in a step-through frame design (pictured in this stories main image) and its motor will have 50% more torque compared to the previous generation. This should make it better at tackling hills.

It also comes with an integrated smartphone holder that offers wireless charging.

The company launched in 2017, and its first batch of bikes sold out quickly in Belgium, and it has been wheeling it out into neighbouring European countries at a breakneck pace ever since.

Cowboy says its e-bike merges the latest smart technology, motorised assistance and fine design into one futuristic package. Crucially, it re-thought bike design from the ground up, rather than just slapping a motor and battery on a standard bike.

This means the gears are gone, it has built-in lights that work automatically and a digital key locks the bike via your smartphone.

It costs £1,790, which is in the middle to upper range for an electric bike. It’s no small investment, so is it worth buying?

Read on for the lowdown on key features and our first impressions – or read our full first look review for the Cowboy 3. 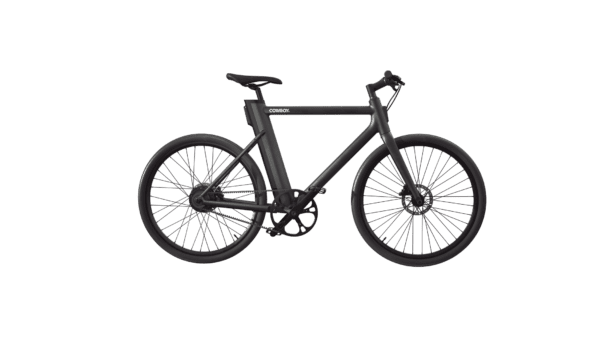 The Cowboy claims to have a range of 43 miles. That’s how far a battery charge should get you before motorised assistance dries up.

It looks slick and has several features that make it stand out:

1. No gears and app-based controls

Well, technically not no gears: the Cowboy only has one gear, which helps to keep the overall weight of the bike down.

Cowboy says that the bikes motor and torque (pulling power) sensor intuitively responds to the rider’s needs, depending on the effort of the rider and the gradient of the road, removing the need for manual gear changing. 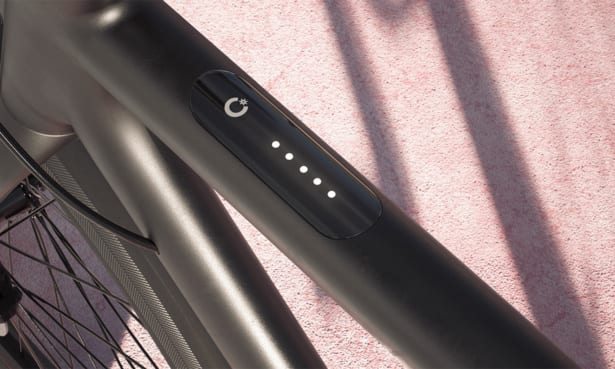 There are no buttons or control panels on the bike, either, other than a battery level display. Instead, the bike is controlled via the Cowboy smartphone app. The app is available for Android and iOS, and uses Bluetooth to provide the owner with a safe digital key to activate the bike.

A live dashboard keeps the rider informed of the status of the ride in terms of speed, duration, distance and battery level.

You can also control the front light, and make use of the built-in navigation system, although you may not want to strap your phone to your bike to access all these features.

Extra security with ‘Find my Bike’

If the bike is stolen, the ‘Find My Bike’ function in the Cowboy app helps to locate it via GPS thanks to the built-in Sim card. 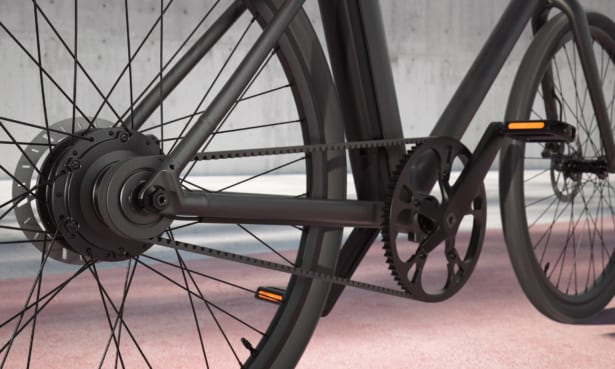 Stripping out those extras has clearly paid off: the Cowboy is light (for an electric bike), tipping the scales at a little over 16kg.

That’s much lighter than your average electric bike, they typically weigh more than 20kg.

It’s more on par with a standard bicycle, which will be welcome news to those who aren’t champion weightlifters. It’s also a similar weight to the folding Brompton Electric H2L bike, which we recently reviewed. 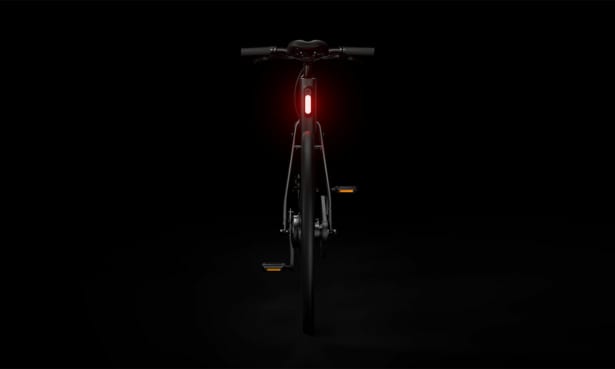 Conveniently, front and rear lights are integrated into the bike frame. The rear light even reacts to your ride, automatically flashing when it senses that the bike is braking, to alert nearby drivers.

It also has blink-and-you’ll-miss-them mudguards that sit flush to the wheels, designed with weight-saving and style in mind. 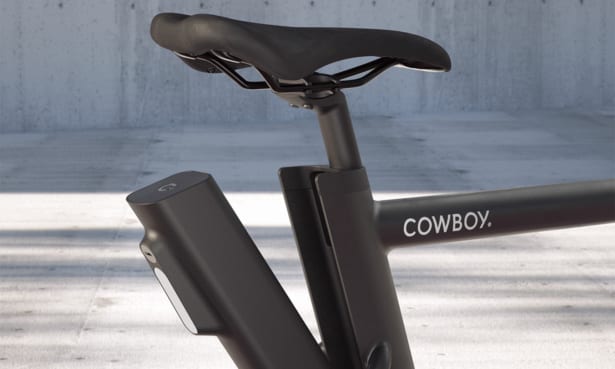 The 2.4kg battery is integrated neatly into the aluminium frame, but is removable, so you can easily charge the battery away from the bike. Cowboy says it takes three and a half hours to recharge.

Cowboy says free test rides will be available in London and at a network of service centres, which you can arrange via the brand’s website.

It’s currently available in one medium/large size, optimized for riders between 5ft 6in and 6ft 4in tall, although the brand says it’s still comfortable for shorter people.

This does suggest that Cowboy is very specifically targeting urban commuters, predominantly male ones. The brand says it may bring out a model with a lower top tube in the future, but that it’s had positive feedback from women who have bought it already. Either way, we’d recommend a test ride to establish if it’s a good fit for you.

First impressions of the Cowboy e-bike 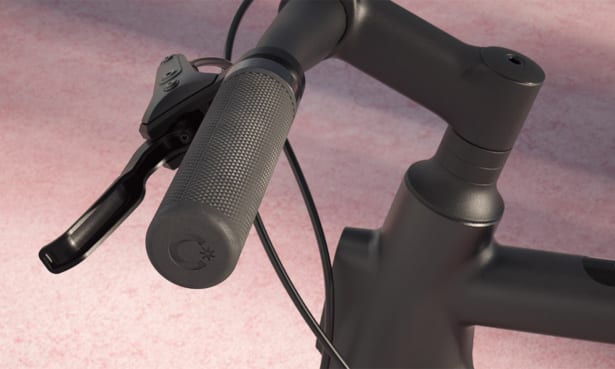 Our e-bikes expert took the Cowboy for a quick spin ahead of its launch in the UK, and these are his first impressions:

‘The first thing to say is that this bike looks as good in the flesh as it does on the flashy press images.

It’s a good job that the app includes a ‘Find my Bike’ feature, because if you leave it parked up without securing it, someone is going to want to take it.

I rode it in an area popular with cyclists, and despite the glut of high-end bikes regularly touring the park, I couldn’t help but notice many eyes admiring the Cowboy as I passed.

It’s noticeably lighter than other non-folding electric bikes that I’ve ridden, and as a result it felt nimble and responsive to ride.

It does have a rather a racy geometry, meaning you don’t sit tall on the bike. This suited me, but won’t be comfortable for all.

In the next few weeks we’ll be trying the bike out more extensively – check back in December for our full first look review.’

Why buy an electric bike? 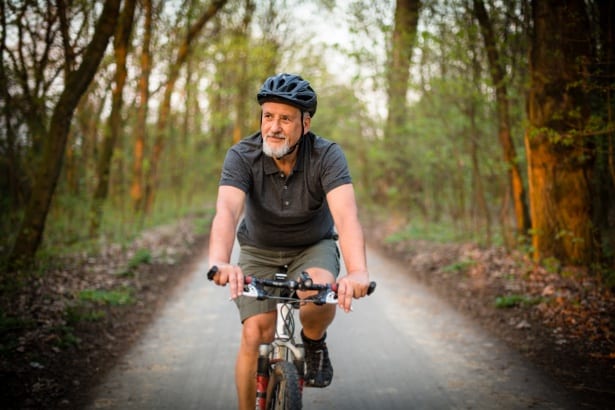 Electric bikes are increasingly big in Europe, with sales approaching four million in 2019. In Germany and Holland, more than half of all bikes sold are now electric.

Sales are more modest in the UK, with Halfords saying that between 50,000 to 60,000 are sold each year, but they are on the rise. Rental e-bike schemes, such as Lime, are also helping to bring them into the mainstream.

They are much pricier than a normal bike, but they can help you to go further and tackle hillier commutes.

If you’re interested in buying an electric bike, make sure you take a look at our buying guide, which tells you everything you need to know about electric bikes before you buy.