If electric vehicles are the future, wireless charging is as futuristic as it gets. Ushering in these forthcoming days are recent graduates of KL Deemed-to-be University. It was while they were pursuing their Electrical and Electronics Engineering (EEE) degree from the Vijayawada-based institute that they took over a regular bike and gave it a makeover to turn it into an EV. “We pursued a certificate course in EVs that was specially directed towards converting an IC bike into an EV. This was in our second year. In our final year, we all pursued different projects. For example, I worked on battery cell management and Charan (Tiruvuri) worked on wireless charging,” explains Satyardha Pravashik. So six members pooled in their expertise and called themselves Team GI or Growing Innovators and are in the process of registering their start-up, One Earth Mobility.

The youngsters have always been passionate about pursuing new projects so much so that they used to conduct activities around new-age technologies in three to five nearby government schools. The e-bike is one of the projects that has managed to sustain their interest. And why wouldn’t it, they are dabbling with new-age technology like wireless charging for e-bikes. Charan Tiruvuri explains, “The world is changing so fast, we want to ensure that our country keeps pace too that’s why we went in for this technology.” The properties of IoT, electromagnetic field and resonant inductive coupling ensure that if the e-bike is within 30 cm of the charging pad, it can be charged seamlessly. But to ensure that the EV can make the most of the charging stations sprouting up, there is a provision for charging it normally as well. Arriving at full charge takes about five hours and you can touch a maximum speed of 55 kmph. 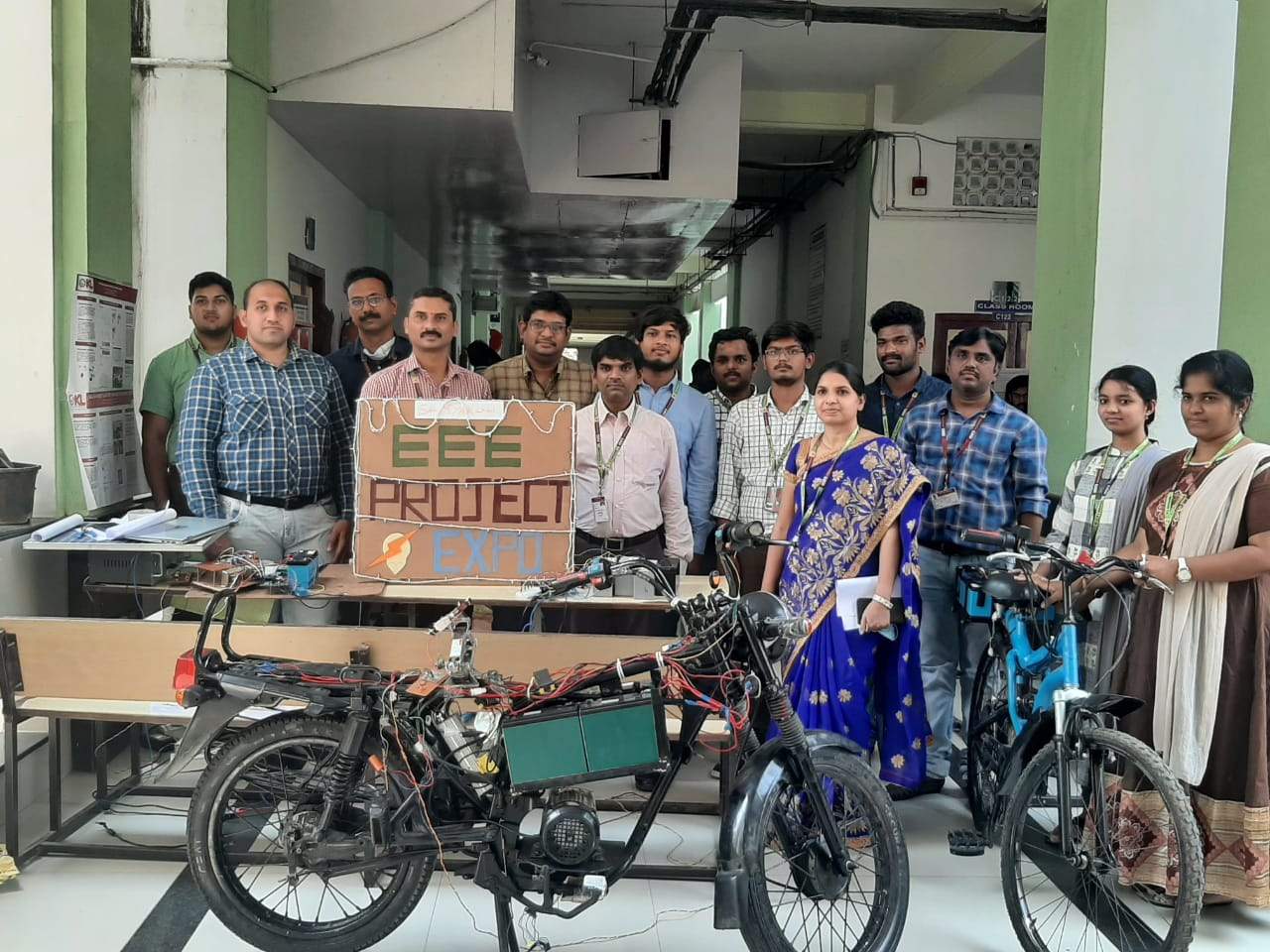 The team who made it happen

Procuring parts for the e-bike proved to be very difficult, but IndiaMART helped out a lot. And their decision to switch from lead-acid batteries to lithium-ion batteries also proved to be very useful. The on-campus roads of KL University served as the testing track for the e-bike and the university also offered a six-month incubation period accompanied by a grant of Rs 1,40,000. “EVs are generally costly but going for retrofitting might actually help reduce the cost, which is what we did,” says 21-year-old Charan who was born in Ambajipeta, East Godavari district, Andhra Pradesh, and brought up in Vijayawada.

The initial concept and prototype was made using the labs and testing facilities provided by KL Deemed-to-be University.

“When I was making my way to the Vijayawada campus, I saw more e-bikes on the road than I have previously. The fact that lithium-ion batteries are much more easily available now helps the collective cause of e-bikes. So I hope that by 2024, there will be more e-bikes on the road,” says 21-year-old Satyardha who was born and brought up in Hyderabad. Charan agrees and feels like the spike in petrol prices will also help their cause. Satyardha leaves us with a message for students, “For a long time now, most students prefer to opt for CSE or CS, but since the future is going to be electric, I urge more students to take up EEE because it has elements of all streams, like coding mechanics and more.”