A British motorbike company has created a unique electric motorcycle that it claims can beat the current land speed record of 228 miles per hour or around 364 kilometres per hour, held by legendary MotoGP world champion Max Biaggi. 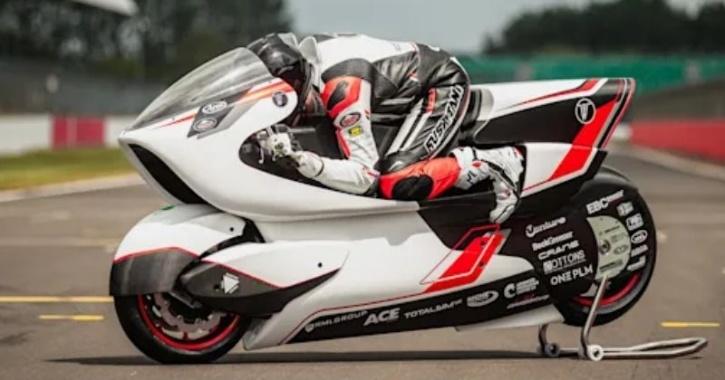 Also Read: RGNT No. 1 Electric Motorcycle Looks Like A Spiritual Successor To The Yamaha RX 100

The concept has been developed by White Motorcycle Concepts and from the moment you first glance at it, you’ll notice that this means serious business. The bike has a hollow tunnel at the centre where normally an engine would be placed. This tunnel runs from the front all the way to the back.

White Motorcycle Concepts calls this ‘V-Air’ and as per the company’s claims, it makes it the most aerodynamically efficient two-wheeler on the planet. This hollow tunnel might seem odd, but it allows the bike to reduce drag by up to 70 percent, based on testing at the UK’s Horiba MIRA facility. 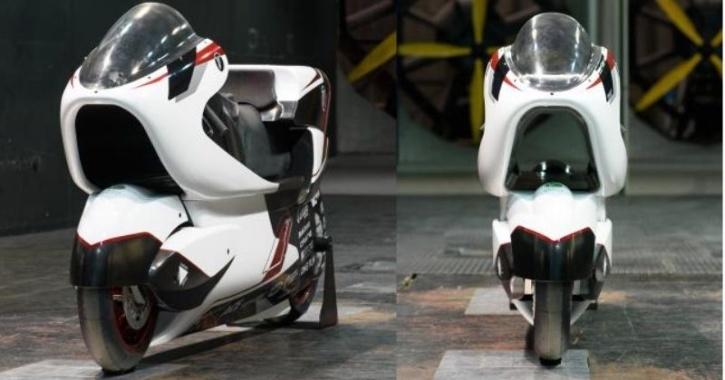 With the hollow tunnel taking a considerable amount of space on the bike, the rest of the electronics and motors have been crammed in the bottom half. The wheels get a double swing-arm suspension system. Powering the rear wheel are a pair of chain-driven motors churning out 30 kilowatts each whereas the front gets two 20 kilowatt motors. Together, they deliver a total of 100 kilowatts or 134 horsepower.

The concept has been custom-made to its rider — Rob White’s body shape. White who is known for his stints in Formula One, Le Mans V8 Supercar races, had his body’s silhouette scanned and based on that the centre part of the bike was developed, to create the perfect contours and fit.

Also Read: Ducati Is Going Electric And Its First Ever All-Electric Bike Might Come Sooner Than Expected 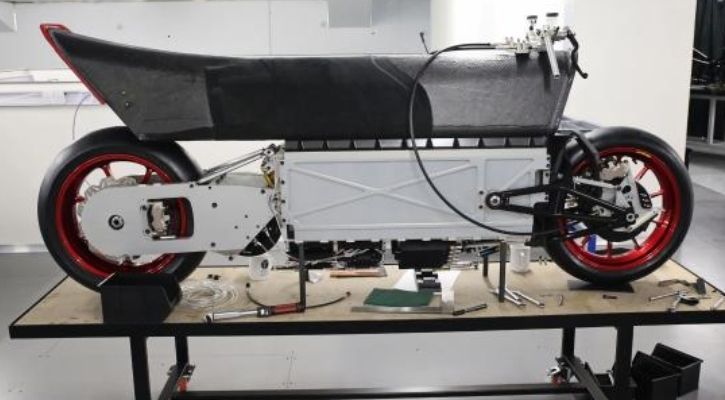 The bike is planned to attempt the British electric semi-streamlined motorcycle record later this year and eventually the world record sometime next near. The creators of the bike believe the bike can easily touch speeds over 250 miles per hour or over 400 kilometres per hour. Now that’s crazy fast.

What do you think about this revolutionary electric sports bike? Tell us in the comments below.