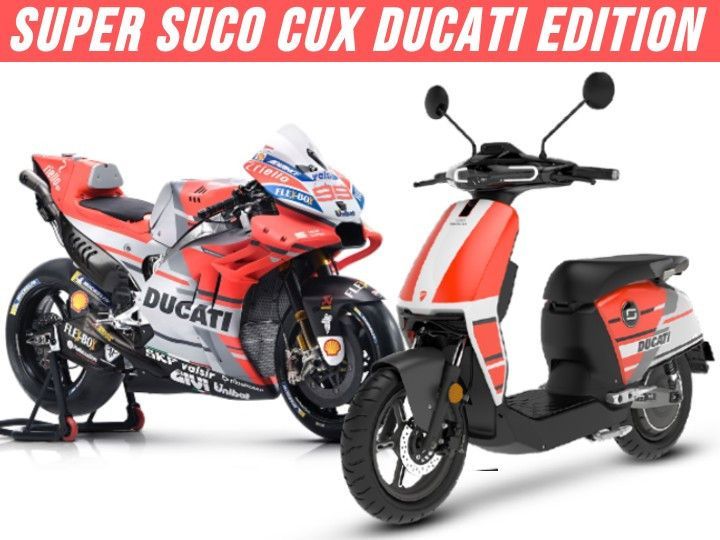 Ever daydreamed about owning your MotoGP idol’s ride? Well, now’s your chance, provided you live in a country whose name doesn’t start with “I.” Super Soco has taken the wraps off the Ducati edition of the CUx, the scooter that’s used by factory Ducati racers Jack Miller and Franceso Bagnaia for commuting within the paddock, in Australia.

It retails at about Rs 3 lakh (converted from Australian price), which means importing it to India wouldn’t be too wise, thus the chances of seeing one here are pretty scarce.

Coming to the scooter, it comes draped in a striking Red/Grey/White livery, inspired by Ducati’s MotoGP livery in 2018. But apart from the swanky livery, the special edition CUx packs the same features as its standard variants. These include all-LED illumination, a fully digital multi-function LCD instrument cluster, app connectivity, USB charging, and remote key with boot unlock function.

Underneath the bodywork lies a removable 30Ah battery with a claimed range of 75-80km, mated to a 2.78kW hub motor from Bosch. The motor puts out an impressive 115Nm.

The CUx rides on 12-inch wheels sprung on a telescopic fork and twin gas shocks, and slowed down by disc brakes at both ends.