The QJ7000D is a full-faired electric bike from the QJMotor brand of the Qianjiang Group, Benelli’s Chinese parent company. 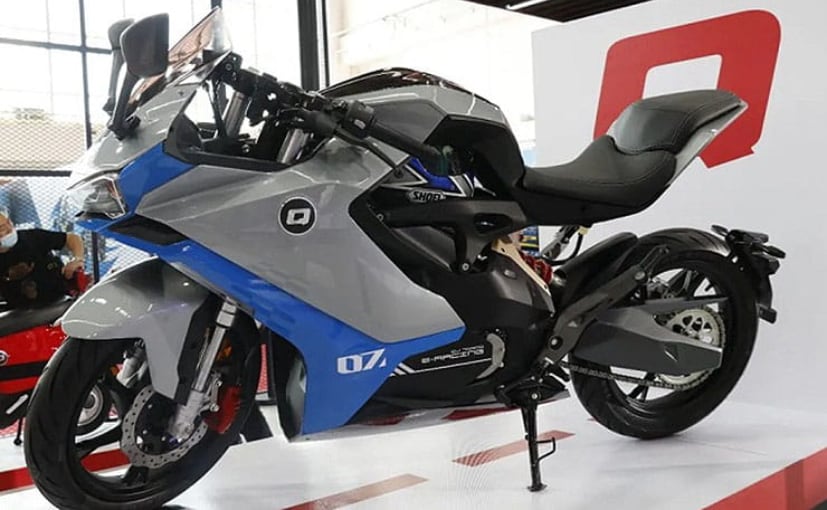 The Qianjiang Group, which owns the Chinese QJMotor two-wheeler brand, and is also the parent company of Benelli, has unveiled the QJ7000D at the 2021 Beijing Motor Show. For now, the QJ7000D is expected to be sold only in the Chinese market, but the possibility of it being launched as an electric bike under the Benelli name, and offered on sale in international markets cannot be ruled out. The design is similar to the rest of the QJMotor range with internal combustion engines, but in the case of the QJ7000D, the space for the fuel tank has been utilised as a storage space, specifically to store a helmet. 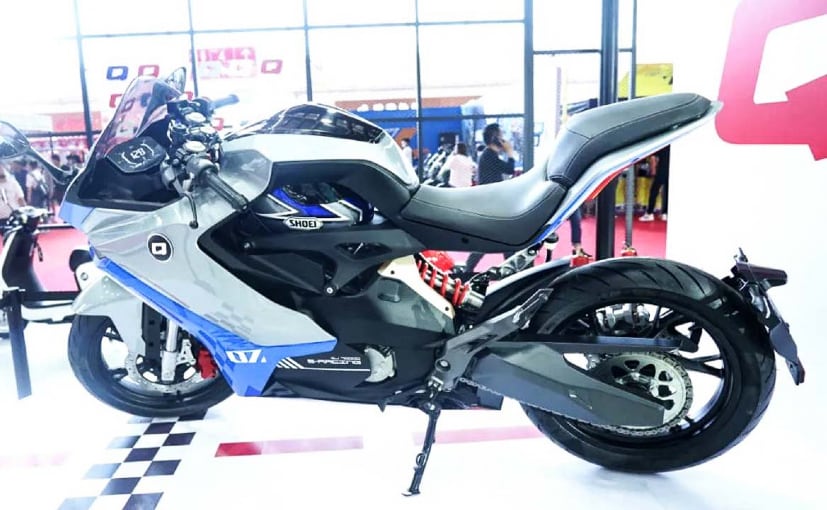 The bike has a rather strange helmet storage space in place of the fuel tank, where the contents are visible from outside. What is interesting is the use of a gear lever, and a clutch lever

The name QJ7000D follows Chinese regulations on motorcycle model names, where the title starts with a two-letter manufacturer code, followed by digits that reflect the engine capacity or electric power. So, ‘QJ’ stands for Qianjiang, while the 7000 possibly stands for the 7,000 W (7 kW) motor, equivalent to 9.4 bhp. QJMotor puts the peak power at 10 kW, or 13.4 bhp, so that’s something which is equivalent to a conventional 125 cc motorcycle. The bike comes with a mid-mounted motor powered by a 72V, 60Ah battery pack. Range is claimed at 100 km, while maximum speed is quoted at 105 kmph. 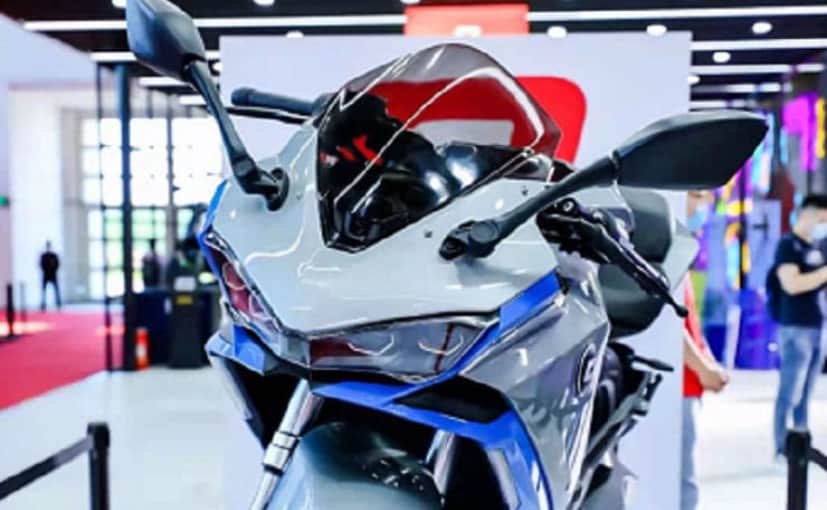 The QJ7000D also features a camera mounted under the windscreen, although it’s use has not been announced

What is interesting is the use of a clutch lever, and a gear lever, so this electric bike will probably come with a gear-box, making it more engaging to ride than a gearless electric. Other hardware includes upside down forks, alloy wheels, disc brakes at both ends, and a full-colour TFT instrument panel. The big question is whether the QJ7000D will make an appearance as a Benelli-branded electric bike in future. Considering most brands are exploring electric mobility in some form or the other, it seems like the logical step for Benelli, but we don’t expect anything like the QJ7000D in India, at least for sometime.