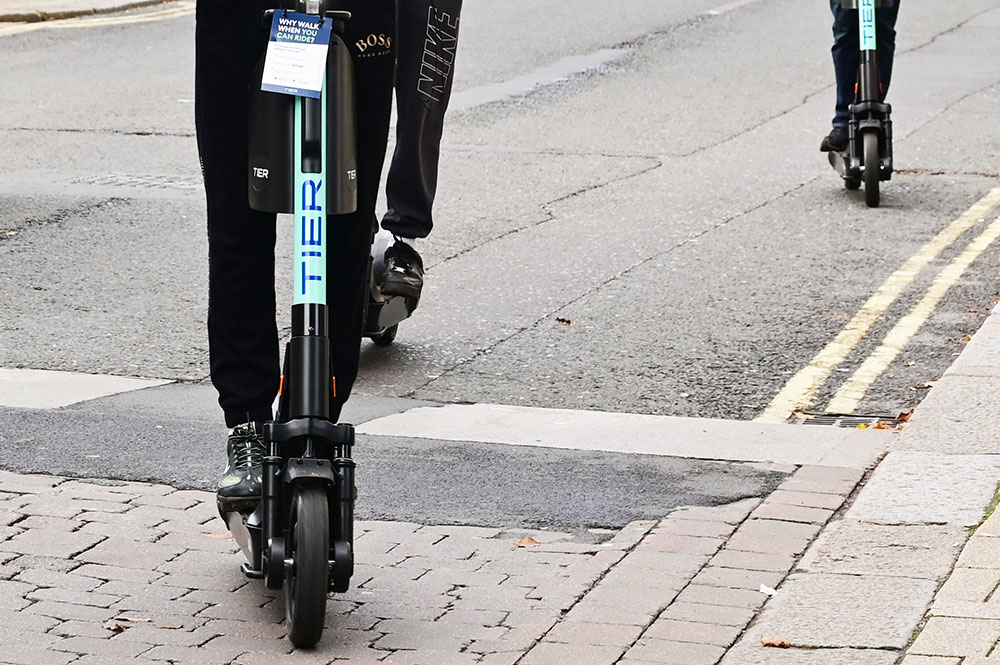 The Tier e-scooters have proved popular in York

Two men were arrested on suspicion of drink driving in York – on an electric scooter.

A North Yorkshire Police spokesperson said: “Both persons were travelling on one scooter together, swapping riding whilst consuming alcohol.

“When North Yorkshire Police officers caught up with the suspects, both males had ‘dismounted’ from the scooter.

“The suspects also matching exact clothing descriptions, to the CCTV reports. The males in question were given road side breath tests, on our breathalysers.

“Both males failed the road side tests, so were subsequently arrested, and charged with being over the prescribed limit.”

They were using one of the Tier electric scooters, available to hire across the city as part of an extended trial scheme.

The police spokesperson added: “We are continuing our patrols with Tier, to ensure safe use of the electric scooters. We are also working with City of York Council during this trial period.

“Please like anything, enjoy the Tier scooters responsibly. They are fun, but can lead to serious consequences if you ignore the law.”