Backers of the Australian Raine electric scooter have been told that they will not be receiving refunds as the Kickstarter project appears to have died – or in the founding team’s words, has gone into “hibernation.” In a blog post on their Kickstarter page, they shared the news, citing increased supply chain costs as the reason.

The Raine scooter was introduced to the public back in 2019 by three young, Melbourne entrepreneurs James Murphy, Mark Alexander, and Michelle Mannering. Although electric scooters are nothing new, Raine’s offering promised a number of features for a great price. It was lightweight, weighing just 12 Kg, thanks to its carbon fiber and aluminum construction. The scooter had a top speed of 31 mph (50 km) and a range of 25 miles (40 km).

On paper, the Raine electric scooter was impressive and with a pre-purchase price tag of $979 and, according to a report by Electrek, was almost too good to be true.

When introduced to the Kickstarter community, the scooter promised to be a gamer changer. With it rapidly gaining support, in 2019, Micah Toll from Electrek decided to interview the people behind Raine. The article aimed to uncover more about the product and—perhaps more importantly—how the team behind it could achieve the low cost promised. However, although skeptical and noting that it would be challenging for the scooter to accomplish all of its claims, the concept showed potential and was plausible.

Fast forward to today, and the Raine Electric scooter has 480 backers on Kickstarter who have pledged over $435,000 in total. Now it looks like delivery will never be a reality, with the team behind the development of the Raine electric scooter effectively throwing in the towel. In the blog post, the founding group stated that “a significant amount of the [cost] increase is material and parts,” and that “on top of that, freight costs are trending at 2.5x the previous freight price index.”

In light of the cost increases, the Enova team behind the project went on to say that customers who pre-purchased the products won’t be getting their money back. “Sadly, we can’t send backer funds back – they have been used in the project, in our investment in patents, IP, stock and materials, tooling.” The statement when on to offer a glimmer of hope. “However, if and when we relaunch, we will honor the reward and provide a product then. If or when the conditions return to deliver, we will do so. We know that our ongoing business model is successful, we plan for this to be a pause, not an end.”

Backers are understandably upset, especially since the latest announcement seemingly came out of the blue. Just last week, the team updated its customer base with progress, mentioning that work on the electrics was ongoing but running smooth.

What will transpire remains to be seen, but the Raine scooter that held much promise appears like it will be nothing more than a stark reminder of why consumers should be wary of crowdfunded projects. 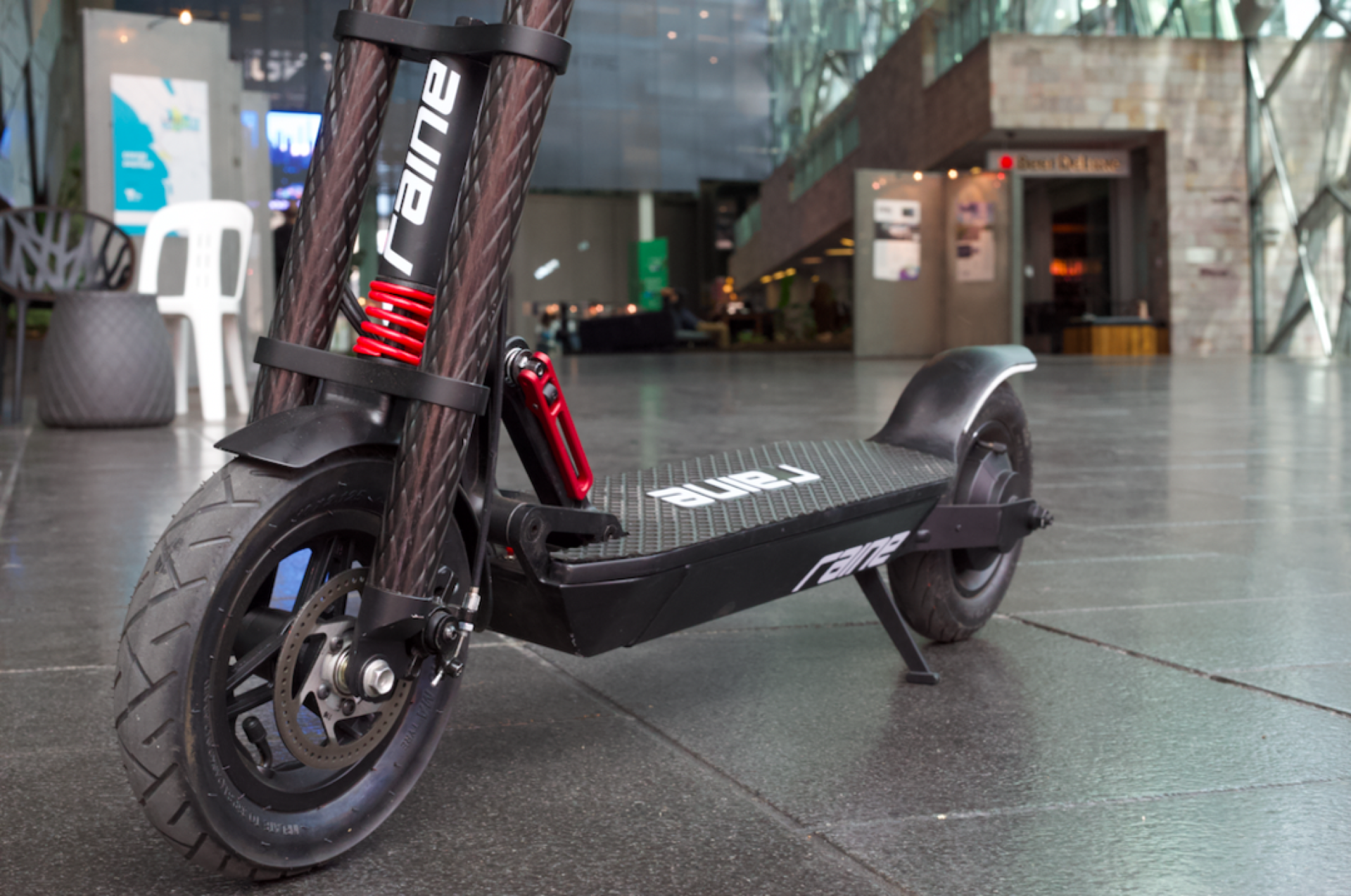