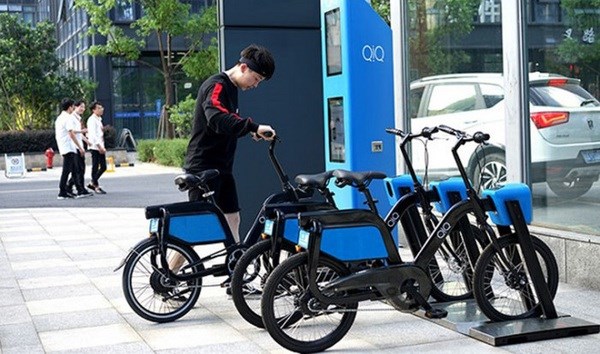 Hanoi (VNA) – Hanoi
will pilot the rental of electric bicycles to facilitate connection among local
bus routes and the bus rapid transit (BRT) system since the third quarter of
this year.

The project will be launched
by municipal Department of Transport and the University of Transport Technology,
on the route from the AEON Mall Ha Dong to the Van Khe BRT platform, until the
end of 2023.

With funding from the
European Commission and relevant agencies, the service will be offered free of
charge in the pilot period.

People want to use the
services will receive support to install a mobile application, which stores and
tracks an user’s movement between the two destinations. The app also indicates
the bikes’ battery level and sends alert if problems arise.

According to the Hanoi
Department of Transport, the project aims to improve the efficiency of public
transport services as well as reduce personal vehicle use.

It is also to
encourage the use of eco-friendly
vehicles and raise public awareness of environmental protection, thereby reducing
congestions and pollution in the capital city.

Buses are currently
the only means of public transport in Hanoi, comprising more than 100 routes
operated by the state-owned Transerco and several private companies./.