Remember the Yamaha E01 e scooter? The one the Japanese two wheeler manufacturer revealed a couple of years ago — during the 2019 edition of the Tokyo Motor Show, to be precise. Yeah, so we have some important news to share about this baby. It turns out, after a long, long wait, the electric scooter will indeed go into production. New reports have emerged on the internet, claiming Yamaha Motor is preparing to launch a production model of the upcoming electric scooter. This is in sync with the fact that the company had filed patents for the Yamaha E01 electric scooter earlier this year.

Based on what we could see of the upcoming Yamaha electric scooter in the leaked patent images, we can tell you that the E 01’s production model will come bearing some changes as compared to the concept. But don’t worry, not all will be seemingly lost in translation; the patent images indicate the scooter, in its production avatar, will retain the concept’s overall streamlined design along with the big headlamp and the rear that appears to float. 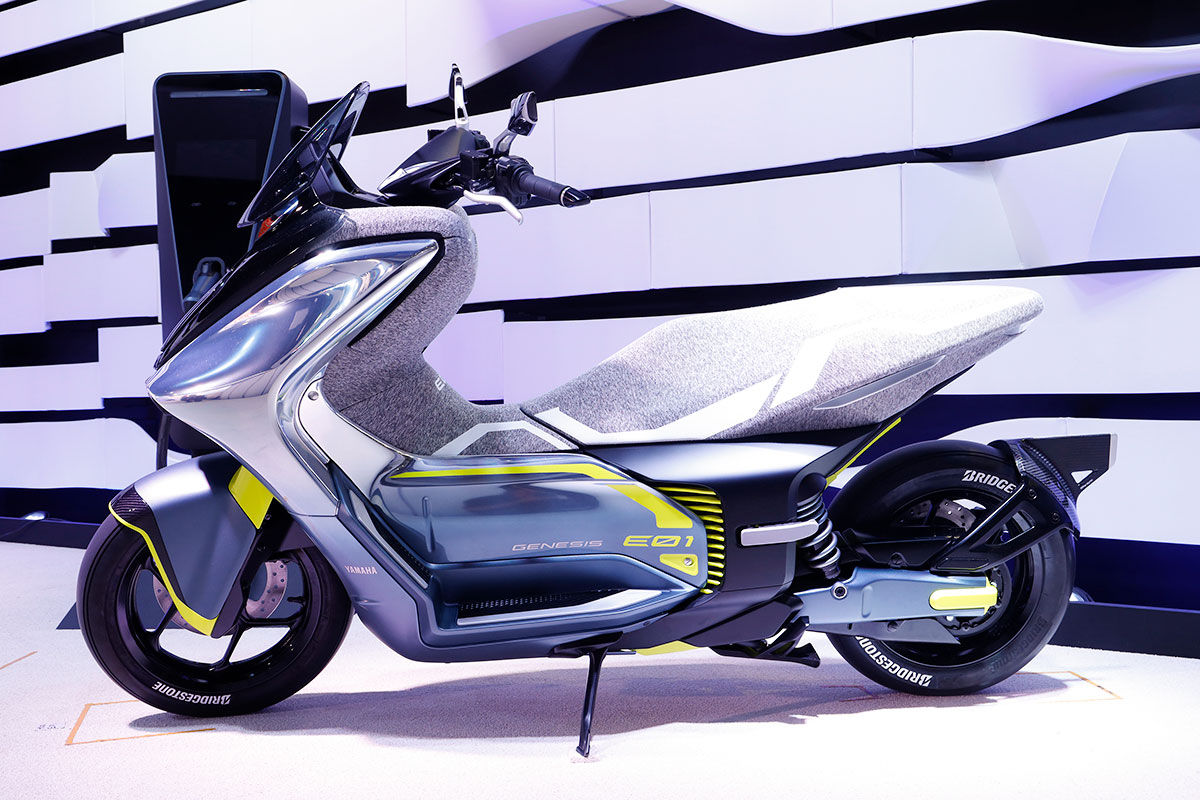 In the context of features, Yamaha will likely offer the upcoming e scooter with an all-LED lighting set up, completely digital instrument cluster, etc.

Another interesting detail to note here is that the battery is placed in the Yamaha E01’s tubular steel frame, right between the rider’s legs. As for the motor — you will find it behind the battery. Another important mechanical detail includes disc brakes at either end.

Now, Yamaha hasn’t said when the E01 electric scooter will become available for retail, but our guess is that it won’t be too long before the scooter is launched in international market(s).