By Holly Bancroft For The Mail On Sunday

One of England’s first electric scooter trials descended into such chaos that local politicians described it as a ‘nightmare’.

Correspondence between councillors in Northampton, disclosed under Freedom of Information legislation, reveals that the rental vehicles were used to hold ‘scooter discos’ in car parks after the pilot scheme launched last year.

Jonathan Nunn, the council’s Conservative leader, noted in an email that ‘it seems relatively easy to remove the tracking devices, which means that the scooters have not been reducing their speed when they reach the edge of the town’.

He added: ‘They’ve also been popular with people on pub crawls and returning from an evening’s drinking, which has accentuated risks.’

In another email, Tory councillor Anna King called the new scheme ‘an absolute nightmare’, adding: ‘I was nearly knocked over by two.’ 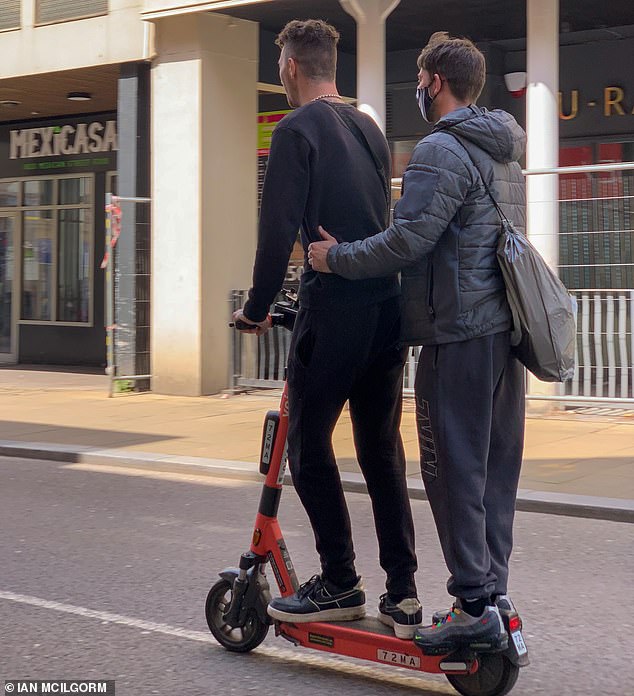 Correspondence between councillors in Northampton, disclosed under Freedom of Information legislation, reveals that the rental vehicles were used to hold ‘scooter discos’ in car parks after the pilot scheme launched last year. Pictured, an e-scooter in Northampton

She later contacted fellow councillors to tell them: ‘I have received footage recorded at 7.29pm today of what looks like a scooter disco taking place in Aldi car park.’

A Northamptonshire Police officer admitted: ‘I don’t have enough officers to be able to police this issue and I don’t see it getting any better.’

Last week, The Mail on Sunday saw people riding the orange scooters on pavements through the town centre with multiple riders. Deputy council leader Phil Larratt said: ‘If we can’t address the significant issues then the last resort is to suspend the trial.’

More than 50 electric scooter trials are running around the country and a scheme will be launched in London on June 7. 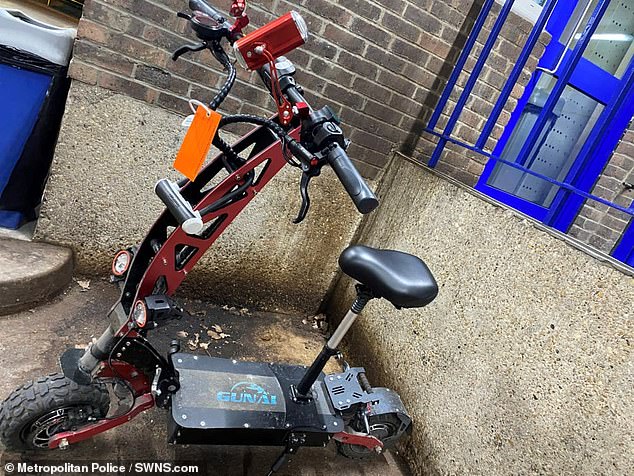 Clinton Henry, 28, was pulled over by police when they spotted him accelerating away from traffic lights at around 30mph on an e-scooter (pictured)

Andy Hacker, an orthopedic surgeon in Buckinghamshire who has treated nearly 100 trauma cases caused by e-scooters, said: ‘I can only imagine what the injuries will be like in London once you combine e-scooters with buses and bikes and pedestrians and busy streets.’

Sarah Gayton, of the National Federation of the Blind, said: ‘It is imperative that an independent inquiry is held into what happened in Northampton. It is clear the dockless model of rentable e-scooters is unsafe.’

A West Northamptonshire Council spokesman said: ‘The vast majority of users ride their scooters sensibly and correctly and we have received lots of positive feedback from users.’