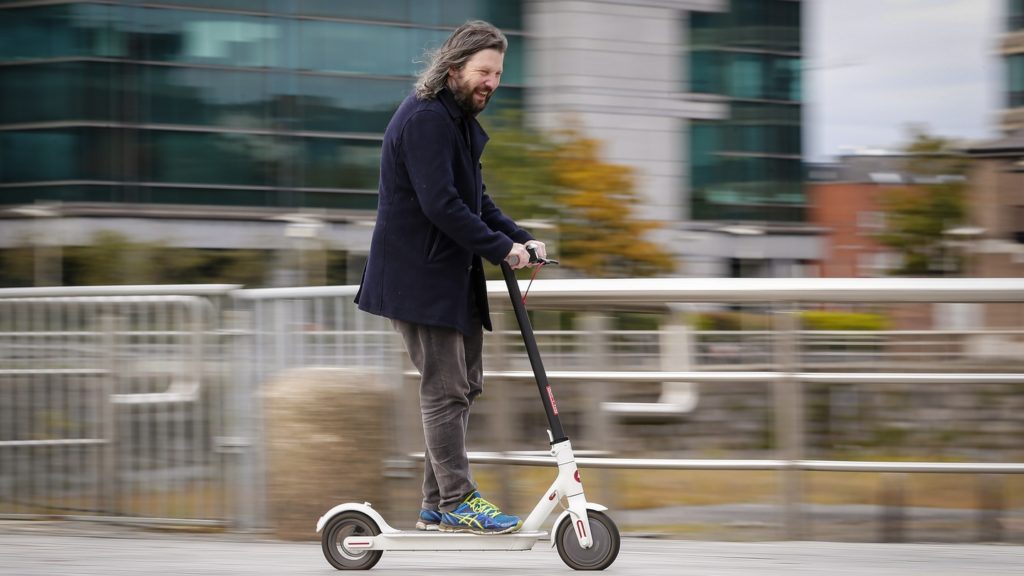 THE growing amount of e-scooters on Carlow roads and the increased number of hospitalisations following accidents involving them is a cause for concern.

That was the matter raised by cllr Adrienne Wallace at Thursday’s online meeting of Carlow Municipal District.

Cllr Wallace remarked on the significant increase of e-scooters in the town, a point previously raised by mayor of Carlow cllr Fergal Browne.

Cllr Wallace also referred to recent data, which indicated that the country’s hospitals are reporting an increase in people suffering injuries, including head injuries, as a result of accidents involving e-scooters.

“Could we look at introducing a by-law that would make things safer,” said cllr Wallace. “People who are using bicycles as least wear a helmet,” she added.

Director of services Padraig O’Gorman said that currently, “electric scooters are not lawful in Ireland”, but added that the Department of Transport intends bringing forward regulations in relation to electric scooters, their usage on footpaths, roads, the wearing of helmets and safety issues.

“Any by-law we would introduce would be superseded by that legislation,” added Mr O’Gorman.

Cllr Fintan Phelan suggested including the topic of e-scooters at the next Joint Policing Committee meeting.