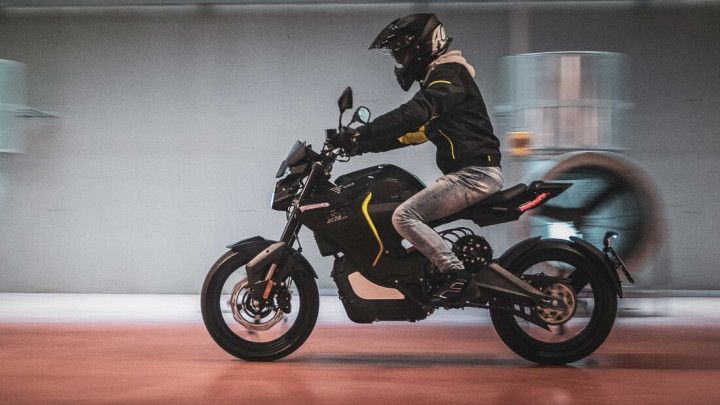 Two years after its EICMA 2019 debut, Voge has finally launched the ER 10, its first electric motorcycle, in Italy. It has been priced at EUR 6590 or roughly about Rs 5.88 lakh and takes on the 125cc motorcycles in the market. Though it appears to be an expensive product, the Voge ER 10 has a lot to justify its price tag.

The liquid-cooled electric motor developing 8.9kW and 12.3Nm may not seem that much. In fact, even the 120km claimed range from the 3.7kWh isn’t anything that the competition can’t offer. However, it’s not the performance of the bike but the packaging that makes the Voge ER 10 special.

For starters, the 30kg battery pack has been positioned where traditionally the engine would go while the motor has been placed behind the swingarm pivot. This results in a low centre of gravity and translates to a better handling motorcycle. In fact, the battery pack has been cleverly designed to be removed in a matter of seconds. However, the brand isn’t offering battery swapping yet.

This puny electric motorcycle has enough space to store a helmet too. Yes, the sculpted “tank” is a nifty storage box with its own USB charging port. The split tail lights with the ‘fins’ neatly camouflage the bike’s charging socket.

The Voge ER 10 comes with equally impressive hardware too. A 37mm USD fork with 117mm travel and a link-type monoshock with 58mm travel handles the suspension duties. Dropping the anchor on the bike is a 280mm petal disc up front and a 220mm disc at the rear with dual-channel ABS as standard.

Voge has kitted this bike with premium features. It gets LED illumination all around with indicators neatly integrated into the bodywork. The LCD console is minimalist but shows all the vital information. Lastly, it comes with keyless ignition with a “find vehicle” function.

As much as we love this single-seater electric motorcycle, it is unlikely to grace our roads ever. But though we may never see the Voge ER 10, this year is going to witness a lot of movement in the two-wheeler electric segment, including a new performance scooter that promises twice the range of the Voge ER 10.