Stories of paperboys switching to e-bikes are rarely what you expect. Earlier this year, we had the 80-year-old in Kent, who had previously been considering giving up his round, and before that we had the firm behind the famous 1980s computer game launching a somewhat unexpected new product.

Their Indiegogo crowdfunder belatedly got underway this week.

Described as a ‘stealthy’ electric bike, the Paperboy is a fairly straightforward-looking hybrid/city bike with a 250W rear hub motor and a 375Wh battery situated in the downtube. 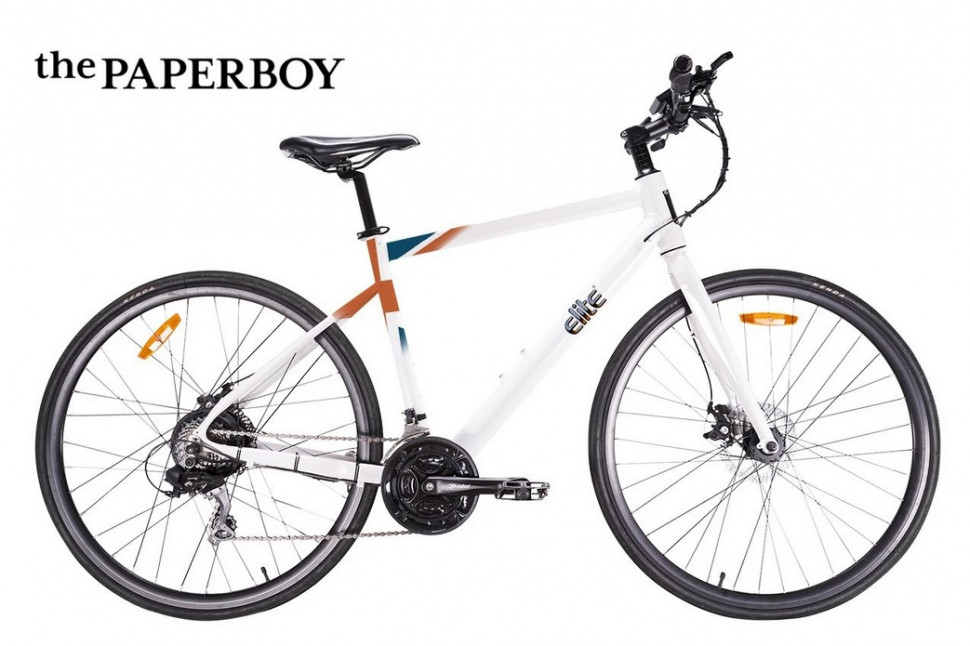 The Paperboy.jpg, by Elite Systems

The bike weighs around 18kg and co-creator Steve Wilcox says weight was a key concern.

“A bike’s my preferred method of getting around,” he said. “In a normal week I cover 60 to 80 miles. During the UK’s first lockdown last spring, I was seeing a lot of favourable press about a 3rd generation e-bike from an emerging European brand. Out of curiosity, I booked a test ride.

“Long story short, the e-bike was expensive – a couple of grand – I was underwhelmed. So I started looking for alternatives.”

Not knowing much about e-bikes himself, Wilcox’s research led him to Dave Neale and together the two men evaluated dozens of bikes, attempting to uncover a light, hybrid with derailleur gearing.

Having narrowed down their options, they embarked on physical testing, giving their preferred option a 2,000km trial that seems to have involved riding it through the winter and leaving it outside for half the time.

Among the men’s conclusions were that controller and display units ‘aren’t particularly fond of water’ and therefore shouldn’t be embedded in the frame.

“When choosing an e-bike, you should ensure that the controller units and display units are accessible so that when they fail you can replace them just as easily as you would, say, a worn tyre,” argues Neale.

It’s clear the aim has been to develop an affordable, no-nonsense bike that doesn’t immediately stand out as being an e-bike. On the face of it, they look to have been successful.

The Paperboy is available for £711 through the Indiegogo campaign, with an RRP of £1,200.

Estimated shipping is in September.