Ather Energy has made quite a bit of noise in the Indian electric two wheeler space ever since it first arrived on the scene in 2018. Well, nearly three years later, the company is getting ready to expand its portfolio. How do we know? Because some internet sleuths managed to get their hands on the patent images for an upcoming Ather electric scooter in India. Yep, new images have surfaced online, revealing what may be the Bengaluru-based EV manufacturer’s next offering in the country. However, it may be a while before we get to see the scooter or even its test mules, since these are merely patent images, which indicates the upcoming e scooter is still under development.

Now, on to what we are able to gauge from this image of the upcoming Ather electric scooter in India. On first glance, the new model appears to be bigger than the Ather 450X, which is currently the only model company retails. Anyway, the new e scooter’s design seems to be quite contemporary, much like the 450X — it is rounded off by elements such as that flat seat and alloy wheels. 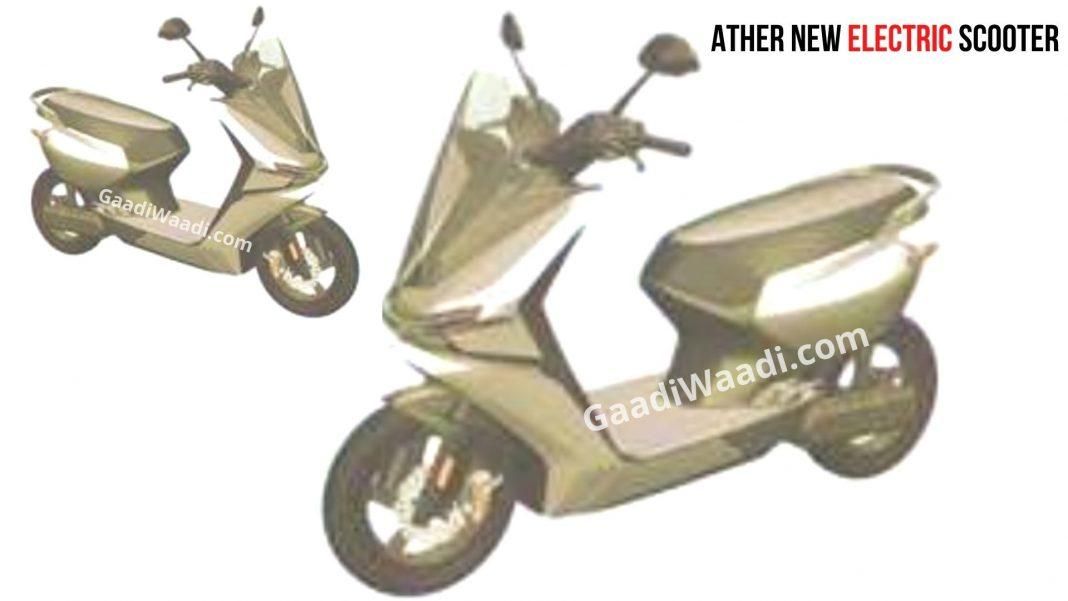 What’s really interesting to note here is that from the front angle, the upcoming two wheeler seems to flaunt a maxi-scooter-esque design. It is mostly because of that large front apron with an integrated windscreen, to be honest. Oh, and we also see the new Ather scooter’s mechanical set up includes a telescopic fork and a disc brake up front.

We, unfortunately, do not know the upcoming electric scooter’s specs; but word has it that it will come powered by a more powerful electric motor and a bigger battery pack as compared to the Ather 450X. For your reference, the latter currently makes use of an 8 bhp electric motor and a 2.9 kWh lithium-ion battery.