Simon Cowell is a lot of things: he’s the mastermind behind some of the most successful music acts in both the UK and the U.S. He’s a fascinating TV personality because of his British humor and take-no-nonsense attitude. He’s sarcastic and mean, and he makes for great TV and soundbites. He is and has been for years Britain’s most famous export to the U.S. He’s a millionaire living the life, a bona fide celebrity. He is also a bit of an idiot.

Cowell sat down for a talk with TMZ Live, which marks the first time he goes into the details of the bike accident that left his spine shattered in three pieces and doctors telling his family he might not walk again. For the record, after surgery and professional care, Cowell’s recovery was amazing: he was walking after two months and jet-skiing after four.

The accident itself occurred in the driveway of his Malibu mansion, right after he’d unpacked his new e-bike, a Swind EB-01, which is marketed as the most powerful e-bike in the world. Even for the U.S., which allows more powerful 750 W motor versions to be ridden without permits (Europe is more strict on that, capping them at 250 W), the EB-01 is a monster.

It packs a 15 kW (20 hp) motor, 60 times more powerful than anything you can find on any legal e-bike in Europe. It’s a full-suspension, high-tech trail bike that you can only ride – why, yes! – on trails. That said, it comes with power settings that allow you to customize your rides according to your level a skill, and that’s something you should probably remember for what comes next.

Cowell saw the EB-01 at an e-bike show in his home country and he liked it so much that he bought it and had it shipped to the U.S., according to reports. Before the purchase, he spent more than half an hour at the booth, inquiring about it. Then, once he had it delivered, without as much as giving the owner’s manual a cursory glance, he hopped on it and hit torque, which sent him flying on his back.

Last we heard, in December 2020, Cowell was seeing lawyers about suing makers Swindon Powertrain because they had failed to properly instruct him on riding the bike before selling it him. This, despite his public admission on Twitter that he had failed to read the instructions. Swindon declined all responsibility, telling autoevolution that the included owner’s manual offers all necessary information and that it is “the rider who has ultimate and instant decision on electric power, using the twist throttle.”

This brings us to today. Available below is Cowell’s new interview on the accident. He says he flew six or eight feet (1.8 or 2.4 meters) into the air when the EB-01 pulled a wheelie without his intent. He denies his risking his life today with his new e-bike because, today, he knows he should only ride bikes that he can pedal – not “basically motorcycles with an electric motor.”

He does have a point here: while the EB-01 is marketed as an e-bike, it’s a moped. It has pedals so that it can be sold as an e-bike, but it’s not a bicycle since you can ride it on torque alone without pedaling.

But Cowell also says that, with the EB-01, he had no control over the power output. More importantly, he claims that he “didn’t know how powerful it was until [he] got on it” and he clearly sounds like he’s blaming the lack of transparency from the maker for his accident (and not his failure to read the instructions). Cowell, a man who’s been riding countless e-bikes for at least two years before the accident, paid $21,000 (£15,000) for a product he personally checked out and inquired about, and he just happened to not know that it delivered this much power. Who does that?

Just to be clear: what happened to Cowell was bad. Selling a hyperbike as an “e-bike” is bad, too. Swindon isn’t the only maker to use this loophole to sell trail bikes that are, as Cowell puts it, pretty much motorcycles in disguise. That said, Cowell needs to own to his mistake and not constantly rewrite the narrative just so he doesn’t come across as the old guy who messed up. He’s a grown man, with considerable experience in e-bikes and all the money in the world to fuel this passion, and on that occasion, he overestimated himself. It’s that simple. 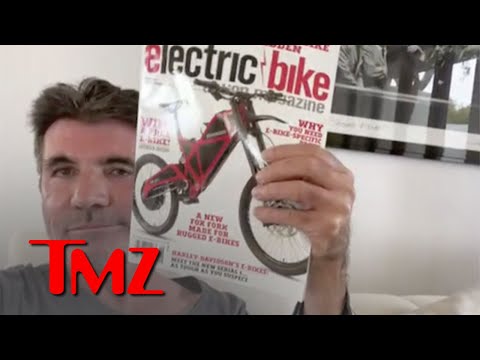