A few years ago the Indian two-wheeler market saw an invasion of battery electric scooters. These scooters where cheap to buy and came will little or no quality control. Underneath the vibrant colours hid flimsy plastic bodies and equally flimsy frames. Ride and handling was as dubious as its electric motor. They were mainly powered by heavy lead acid batteries which took ages to charge. But the Indian janata lapped them up as they had little or no running costs. Most of these early scooters were mostly like use and throw items. But gradually things started to change and companies like Hero Electric and Okinawa came into the scene thereby upping the ante. But when the Union Road Transport Minister Nitin Gadkari announced his grand electrification program, mainstream manufacturers had to delve into this territory. As a result of which we now have electric scooters like the TVS iQube, Bajaj Chetak and the fantastic Ather 450X. But are electric scooters ready to challenge their ICE powered counterparts? In this story we delve into the pros and cons of owning an electric scooter. 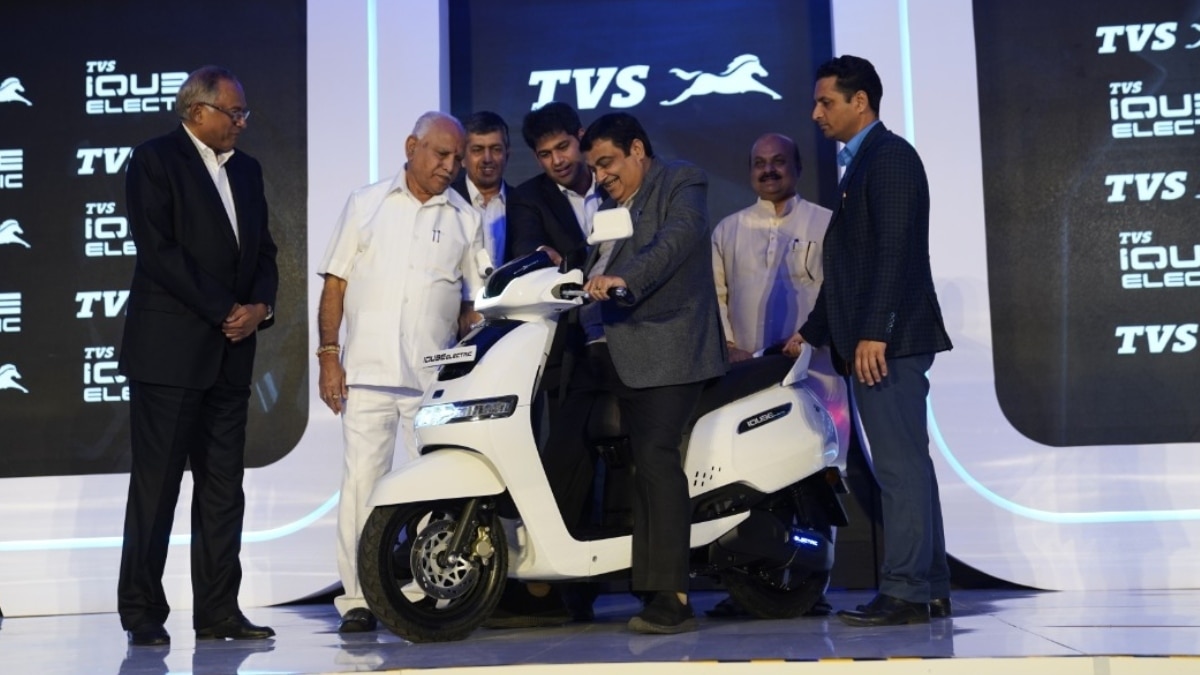 While there was a major boom happening in the electric space, it all sped up when the Union Road Transport Minister Nitin Gadkari announced his grand electrification program.

Advantages of owning an electric scooter

Most electric scooters are essentially built with the future in mind and as a result they look rather different. The Ather 450X to begin with looks smashing and most importantly does not stick to the age old scooter design. The Bajaj Chetak and the TVS iQube on the other hand hold on to the old school designs. But all three offer rather spacious under seat stowage options. All three come with digital instrument panels and the Ather 450X also offers touch screen functions. All these scooters have connectivity features as well. So one can monitor performance and range of the vehicle from the comfort of a mobile phone app.

The electric motor is a very different animal as compared to an Internal Combustion Engine. The motor is smooth and noiseless. It also offers full torque right from the word go! The result is instant acceleration. For example, the Ather 450X can sprint to 40kmph in 3.3 seconds while the TVS iQube does the same in 4.2 seconds. When it comes to top speed, all three scooters nearly touch 80kmph which is at par with its old school counterparts. A lot of functions on a lot of these scooters can be operated using a mobile application. Seen here is the Ather app.

Electric scooters nowadays come with riding modes. The modes basically filter power outputs to either offer performance or efficiency. All three scooters here including the Ather 450X, Bajaj Chetak and TVS iQube get these ride modes. Other cheaper alternatives also come with similar modes. But what the Ather, Bajaj and TVS offer is a unique parking mode. At a flick of a button the polarity of the motor is reversed and the scooters can reverse into a parking slot. This comes rather handy and thanks to a speed limiter, your electric scooter will not become a runaway train!

Quite obviously these scooters are not dependent on fossil fuels and as a result are cheaper to ‘refill’. But where matters become even better is the fact that they do not require the service, ICE powered scooters requires. So there is no oil or filter to be changed periodically. Bajaj Auto claims that the first service of the Bajaj Chetak takes less than one hour as there is literally little to check. So apart from tyres, brake pads and some electric items, there is nothing required in your electric scooter.

Disadvantages of owning an electric scooter

Now there are various categories of electric scooters available in the market. Cheap scoots can be had from as low as Rs 40,000, and you do not even need to register or insure them. But we are talking about mainstream manufactures here and quite simply you pay for the quality and reliability, The Ather 450X is priced at Rs 1.59 lakh while the Bajaj Chetak will set you back Rs 1.15 lakh. The TVS iQube on the other hand is the cheapest of the lot at Rs 1.08 lakh (all prices ex-showroom). Not to forget that tax, registration and insurance is extra.

If you are about to buy a locally assembled scooter, then there is no guarantee of range. It can fall as low as 30km per charge after which the scooter takes up to eight hours for a full recharge. But when we consider the other mainstream manufacturers, there is a claimed and tested figure. The TVS iQube has a claimed range of 75km while the Bajaj Chetak will do up to 95km per charge. The Ather 450X on the other hand has a claimed range of 116km. Now let us tell you that these figures are only achievable when ridden on ‘Eco’ mode. Push it into performance modes and the range will drop drastically. The only good thing about mainstream electric scooters is the fact that the range is achievable and hence there is less chance of the owner developing range anxiety. While all electric scooters can be charged at home, the Bajaj Chetak, TVS iQube and Ather 450X come with specialized charging docks.

Quite obviously, recharging an electric scooter takes more time. But most offer a quick charge option. For example, the Ather 450X will give you a range of 15km with a 10-minute quick charge whereas the Bajaj Chetak can replenish 25 per cent charge in an hour. But a full charge will take considerably more time. The other issue faced by many is where to charge. In cities like Delhi, Bengaluru and Pune, charging stations have been created. So one can plug in there for a quick charge! But for a full charge one has to plug in overnight. Those who stay in their own homes can also purchase charging docks at additional costs. But a usual household plug can also be deployed to recharge. This also becomes a problem when one stay in modern multi-storey apartments. Special permissions will be needed from the RWAs to charge these scooters. While big brands like TVS, Bajaj and Ather are taking small steps at expanding, brands like Okinawa and Hero Electric are already available literally nationwide.

Most of these scooters have been launched in limited markets. So if you live in one of those areas, you will get full support and back up. But not if you transport the scooter to some other location. Resale is also uncharted waters. Cheap alternatives have literally no value left and are best scrapped. But to change the perception, Ather is offering a buy back scheme where after three years, they will pay up to Rs 85,000 for your old Ather. While we are sure that it comes with a conditions apply sticker, it works wonders to bring in a certain degree of trust on the brand.