Revolt has temporarily paused bookings for its electric motorcycles

Electric motorcycle maker Revolt Intellicorp has stopped taking bookings of the Revolt RV 300 and Revolt RV 400 electric bikes, saying that the company will not be accepting fresh bookings due to an overwhelming response. The company said in a statement that it’s overbooked and will first cater to its customers who have already placed orders and deliver the confirmed orders. The company will re-open bookings after meeting the current set of orders it has already received from six cities where it has presence. 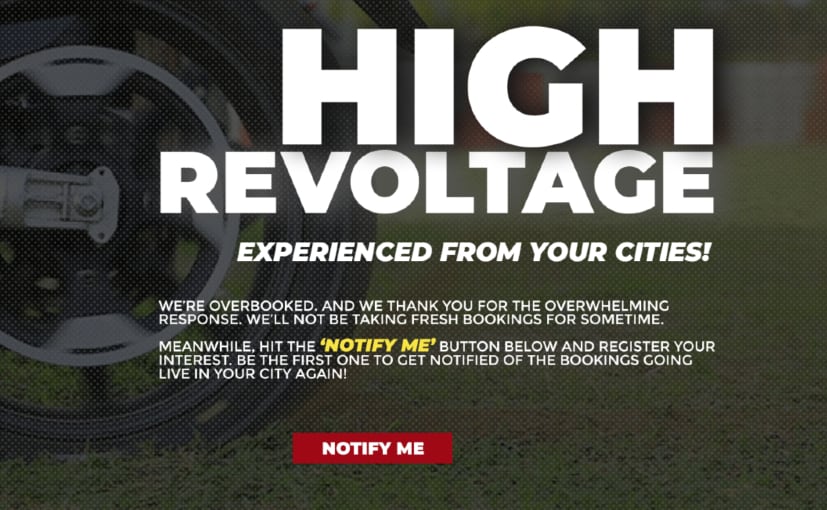 “We’re overbooked. And we thank you for the overwhelming response. We’ll not be taking fresh bookings for sometime,” a message on the Revolt Intellicorp website says. The company currently has a production facility in Manesar, near Gurugram, in Haryana.

“We are overwhelmed with the response we have received from our customers across the six cities. We are currently overbooked and are committed to catering to the confirmed orders first. While we are extremely thrilled with the response, we are working hard to ramp up our production capacity,” Rahul Sharma, Managing Director, Revolt, and co-founder of Micromax, said in a statement. 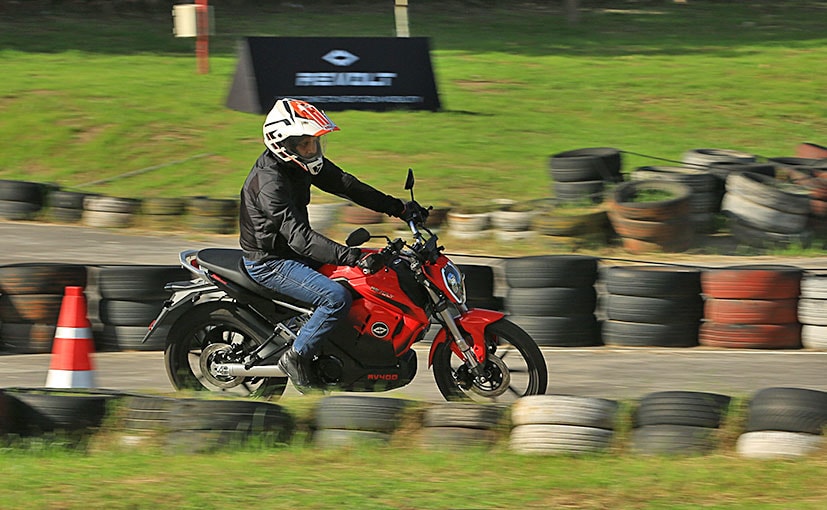 Revolt Intellicorp offers two variants of its electric motorcycle on sale, the Revolt RV300 and Revolt RV400. The RV300 is powered by a 1.5kW hub-mounted motor, and comes with a 2.7 kWh lithium-ion battery, which is said to be capable of charging fully in just over 4 hours. The RV300 has maximum claimed range of 180 km in Eco mode, 110 km in Normal mode, and 80 km in Sport mode.

Also Read: Revolt Confirms Its Electric Motorcycles Are Made In India

The RV400 is the higher-spec model, which gets a more powerful motor. The 3.2 kWh lithium-ion battery can be charged 100 per cen tin 4.5 hours, while the company says 75 per cent of charge can be achieved in 3 hours. The 3kW mid-drive motor transfers power to the rear wheel through a belt drive. The RV400 offers 150 km range in Eco mode, 100 km in Normal mode, and 80 km in Sport mode.