The Yamaha E01 electric scooter may finally be close to production, although there are some changes from the concept shown before. 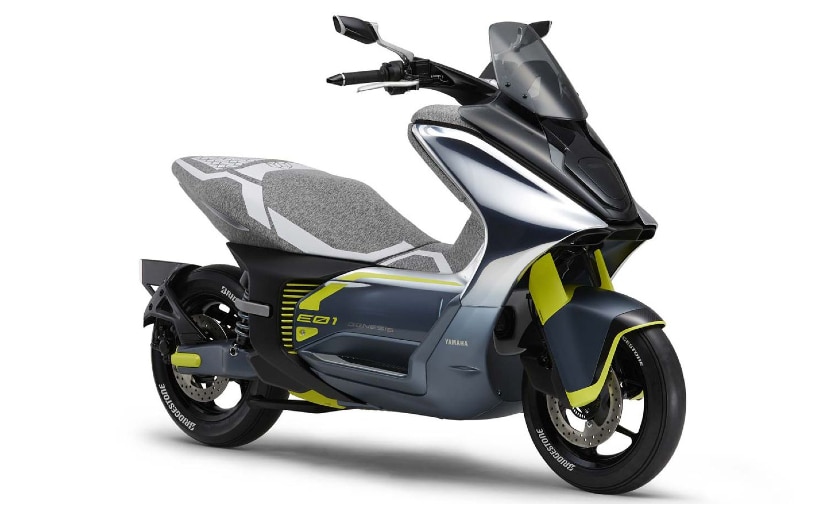 The Yamaha E01 electric scooter was unveiled as a concept at the 2019 Tokyo Motor Show, and is intended to be a replacement for a conventional 125 cc scooter. Earlier this year, Yamaha filed trademark applications for the ‘E01’ name, suggesting that Yamaha is planning a production model of the E01 concept that was shown before. Latest patent applications filed in Japan show some part of the technology that will come on the E01, as well as how the production model may look like. 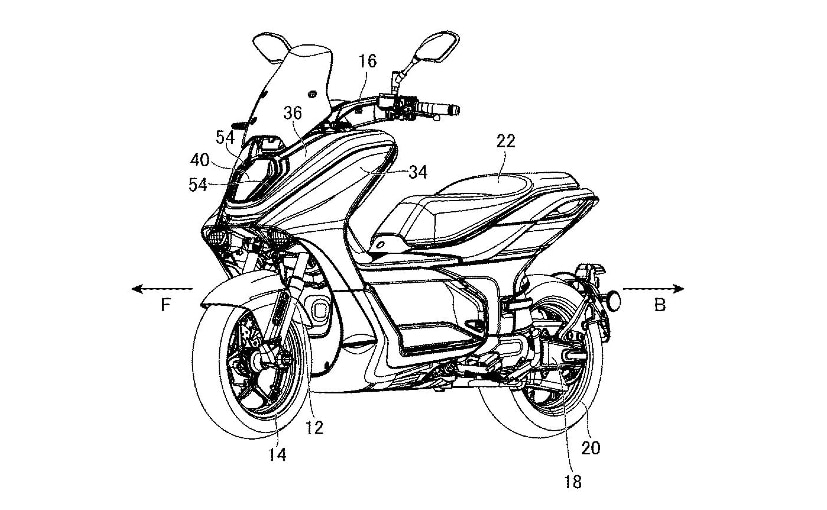 The patent images show actual rear-view mirrors and a more practical headlight design, apart from other changes to the production model

While the concept images showed the basic design, it still was a concept at heart, and had plenty of elements that wouldn’t be suitable for the real world. Now, the latest patent images reveal a more practical design with ‘road-worthy’ elements which will likely be introduced in the production model. The big changes are the headlights, with two LED units mounted in recesses under the nose. The concept bike had much smaller and deeper-set rectangular lights, good for a concept, but perhaps not as effective for a production model. 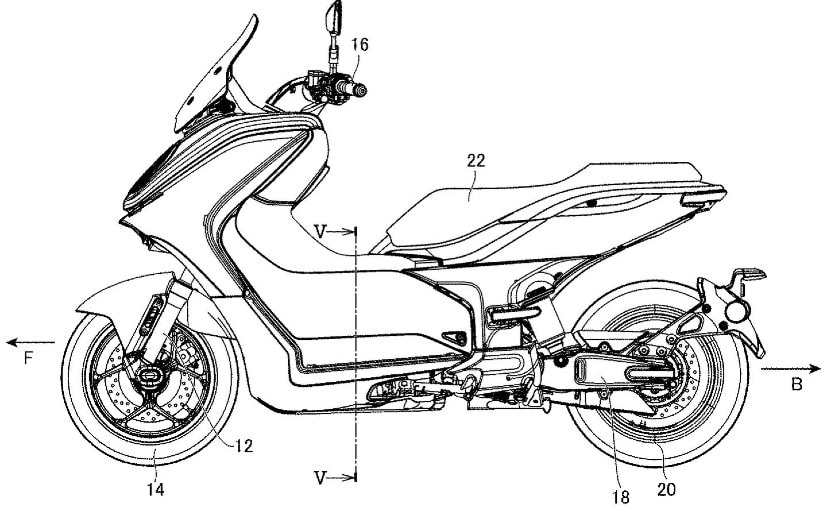 The charging socket will be likely placed on the front, at the traditional place for the headlight

The top of the ‘face’ which looks like it should be a single headlight, is actually an opening hatch that gives access to the bike’s charging socket. It’s a design seen in electric cars as well, to place the socket on the nose, making it easy to park front-in at fast-charging stations. LED marker lights surround the opening, which may double up as a design element, as well as give a visual indication of the bike’s state of charge when it’s plugged in. Towards the rear, the fabric-covered rear end of the concept bike is gone, and has been replaced with a more conventional design with a removable seat above normal plastic bodywork that hides the bike’s storage compartment.

The new patent images have been published via the Japanese patent office, but the patents were actually submitted in late 2019, coinciding with the E01 concept presentation. Just a few months ago, Yamaha had filed for trademark application of the E01 electric scooter, and the publication of the patents now does seem to imply that Yamaha may be getting ready with the production model of the E01 electric scooter, possibly with a reveal of the actual scooter towards the end of 2021 or early 2022.