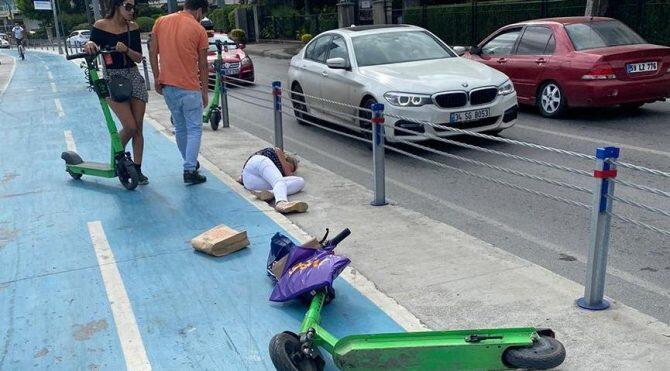 A regulation on the use of electric scooters has entered into force after being published in the Official Gazette.

Since they offer a way to bypass traffic, one of the worst aspects of living in Turkish metropolises, there has been an increase in the use of e-scooters and the number of companies operating in this field in the last two years.

The authorities had been working on the rules over the use of e-scooters for a year with the increasing widespread use of these vehicles.

After an 18-year-old high school student who was using an electric scooter died in a traffic accident in Istanbul last year, debates regarding the safety of these vehicles in traffic have been taken to the Turkish Parliament.

Finally, a regulation has been enacted that sets some restrictions on the use of e-scooters.

While the regulation aims to prevent e-scooter users who sometimes drive recklessly in traffic, those who use e-scooters will have to comply with many rules.

People will be able to ride their e-scooters on bicycle trails if there are any and also on urban roads where the speed limit is below 50 kilometers per hour.

Driving more than two e-scooters side by side in a lane of a road and making reckless movements have been prohibited under the regulation.

Prohibitions also include parking in a way that disrupts public order, violates private property, and prevents the safe and independent movement of vehicles, pedestrians, people with disabilities or people with reduced mobility.

The regulation also prohibits more than one person from being on the e-scooter at the same time and carrying non-personal items on the vehicle.