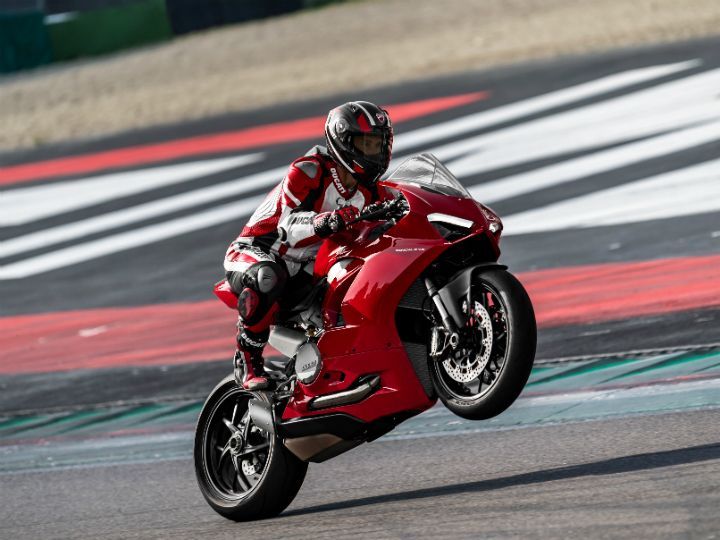 Speaking to a publication, Ducati’s Vice President of Global Sales and Aftersales, Francesco Milicia,  hinted the Italian brand may bring out a Ducati powered by synthetic fuel before launching its first electric motorcycle.

Milicia maintains that it’s a “part of a group that’s going quickly towards electrification and it’s a good opportunity for Ducati.” That said, he also says it will not be launched soon as “an electric motorcycle cannot guarantee the pleasure, the range, the weight, etc. that Ducati riders expect.”

However, all is not lost. He assures the brand is looking at other ways to achieve minimal to zero emissions in the medium term. One of them is synthetic fuel technology. In fact, Ducati’s sister company, Porsche, is developing something called eFuel, made up of carbon dioxide and hydrogen. It aims to produce 1,30,000 litres of eFuel in 2022 as a part of the pilot run. This fuel is said to burn similar to petrol, albeit with considerably lesser emissions. The best part is it is reported to be compatible with petrol-powered engines without the need for any modifications.

Moreover, the eFuel is produced using renewable energy, so that reduces the environmental impact even further. We reckon Ducati might use the same eFuel on its motorcycle. Switching to such a fuel sounds a lot less complicated than having to pour in millions of dollars into researching and developing electric vehicles that can offer a range comparable to petrol-powered ones. Granted, electric propulsion is still believed to be the way to go, but if the synthetic fuel strategy works, it could be an excellent alternative as it does not involve completely reinventing the wheel in terms of the powertrain (like EVs). What do you guys think?