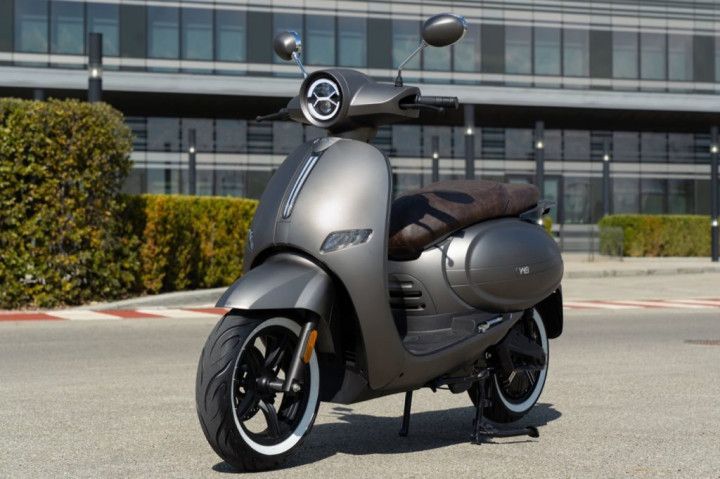 The electric two-wheeler boom in China aside, Europe is a pretty ideal deployment ground for EVs. Most European countries have a far cleaner energy grid than places like China and India, and the continent is predominantly part of the “developed world” so the charging infrastructure is pretty developed too. Throw in a strong sense of environmental awareness and you have all the right ingredients for a strong EV market.

Adding to the population of this market is the recently introduced Wayel W3 electric scooter. The name sounds pretty Chinese and it looks like another Vespa rip-off, but Wayel is based in Bologna, Italy. It’s part of the Termal Group — the exclusive distributor of Mitsubishi Heavy Industries products in Italy, so there is a Far East connection there somewhere.

As for the e-scooter itself, it’s powered by a 4kW motor from Bosch which gives it a top speed of 75kph. Suspiciously similar specs to the Bajaj Chetak, but in this case it’s a rear hub mounted motor. The lithium-ion battery system uses cells from LG, and Wayel says its 3.78kWh capacity is good for 100km.

It might look quite alike and perform pretty similarly, but one area where the W3 is hugely dissimilar to the Chetak is price. Compared to Hamara Bajaj’s Rs 1 lakh starting price, the Wayel sits at a monstrous 4,750 Euros (Rs 4.25 lakh.) That being said, there is a scrapping incentive if you trade in your old petrol-powered two-wheeler for one of these, bringing the cost down to a slightly more reasonable 3,193 Euros (Rs 2.86 lakh.) For the moment, the W3 is on sale only in its home nation of Italy.