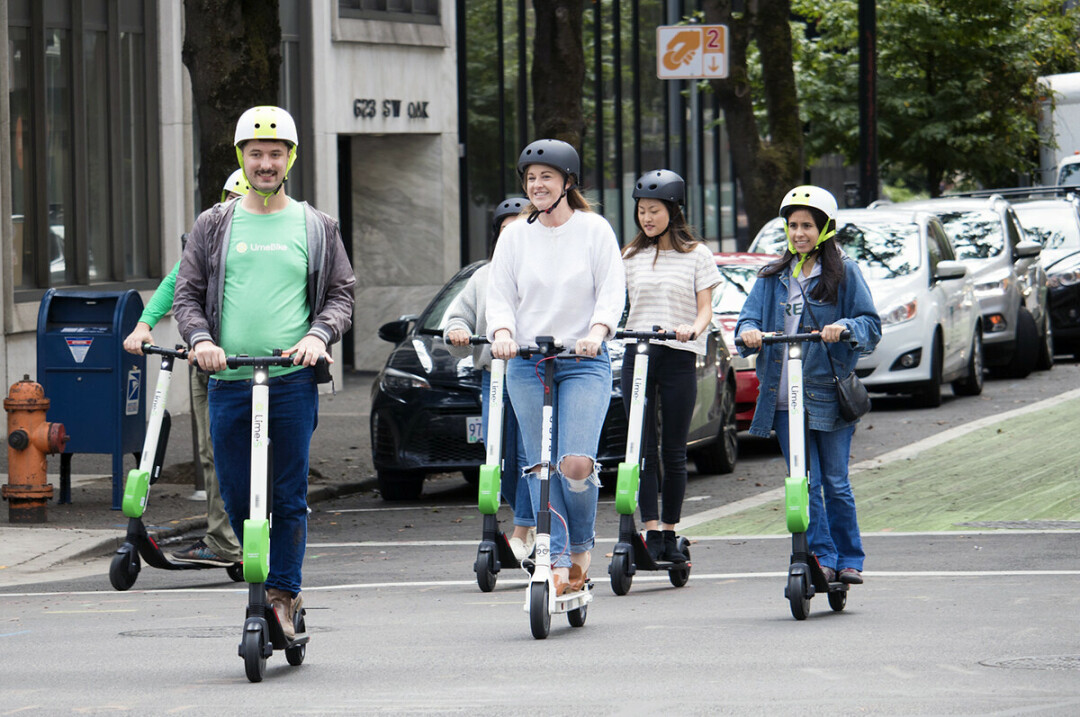 A proposed ordinance that would create rules for electric scooter sharing businesses  in the City of Eau Claire is slated to be voted on by the City Council on Tuesday, April 13.

According to the council’s agenda packet, multiple companies have “expressed their intent to begin offering scooter rentals in Eau Claire.” Aaron White, the city’s economic development manager, said that one local and one national company seek to bring e-scooters to the city “as soon as the warm weather hits.”

The proposed ordinance comes after a years-long effort to bring e-scooters to the downtown area. The city has eyed e-scooter technology since Madison, Milwaukee, Minneapolis, and other regional cities adopted e-scooter rental rules around 2019. Eau Claire originally aimed to pass an ordinance last year, but – after COVID hit – the ordinance was postponed.

“With the surging interest this year, they kind of picked up where they left off,” White said.

The City Council will consider the ordinance at its public hearing at 7pm Monday, April 12, and is scheduled to vote on it during its legislative session, which begins at 4pm the following day.

If the ordinance is approved, e-scooter companies could bring different versions of the e-scooter to the city – both docked and dockless (using geofencing technology) – and get rolling after paying appropriate fees.

When (and if!) the ordinance is approved, e-scooter companies could bring different versions of the e-scooter to the city – both docked and dockless (using geofencing technology, which can remotely enforce parking and speed restrictions) – and get rolling after paying appropriate fees.

“Similar in form and content to the City’s bikeshare ordinance passed a couple years ago,” the summary of the proposal states, “this ordinance proposes to ensure that these rental operations run in a way that provides a micro mobility service to the community while also keeping city residents safe and the streets and boulevards from becoming cluttered with scooters.”

The ordinance requires scooters to be parked only in geofenced locations, rented locations, private property (with permission), docking stations, or bike racks, with a limit of 300 scooters per company, with an additional 50 if demand “supports the need for them.”

Electric scooters would be prohibited on downtown and Water Street district sidewalks, as well as on biking and hiking trails.