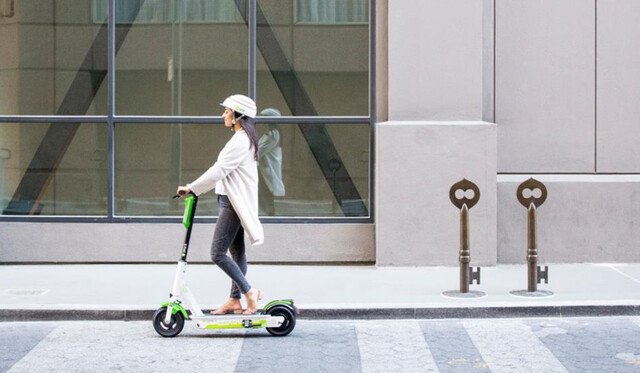 The City of Kelowna is expected to move one step closer to allowing electric scooters on city streets.

All that was left to make the use legal was changes to local bylaws allowing for the practice.

As outlined in a presentation for council the bylaws, if approved, would allow essentially place e-scooters into the same category as bikes and electric bikes.

They would be allowed to share city roadways, but not sidewalks.

The bylaw change would affect the operation of both privately owned, and shared e-scooters, which would be made available through the bikeshare permit program.

Up until now, e-scooters have only been allowed on city property, such as the waterfront promenade, City Park and the Rail Trail.

“With the expanded area where e-scooters can be used, staff expect them to be used primarily as a transportation option, allowing connections from transit to final destinations and access to businesses and amenities,” mobility specialist Matt Worona said in a report for council.

Worona says new permits for shared e-scooter operators have not yet been issued for the coming season.

He adds some companies which operated in 2019 are expected to return, as well as newcomers Lime and Helbiz.

“Operators will be issued permits to operate shared e-scooters in Kelowna, pending council adoption of the traffic bylaw amendment.”

The new bylaw would also include provisions around helmet use, education and certain areas where e-scooters would be locked out from operating.