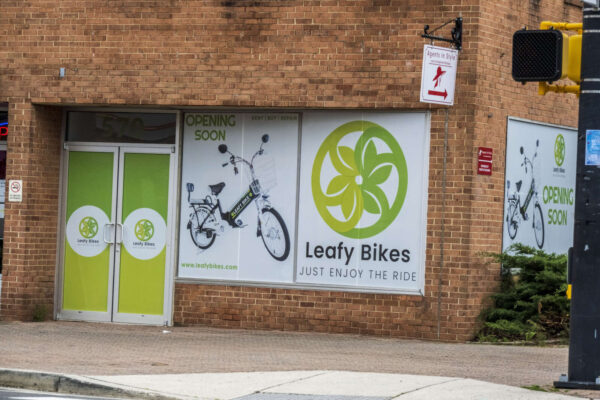 A store selling electric bikes appears to be moving into Crystal City.

According to window stickers, Leafy Bikes will be opening soon at 570 23rd Street S., next to Burn & Brew. It is moving into the former Vintage Dress Company space, after the store moved completely online.

“The Leafy Classic II,” says the website, “is designed to be half bicycle and half motorcycle without the contribution of gasoline.” A tutorial video on YouTube explains more about the bike’s features.

ARLnow has reached out to the email address listed on the website for confirmation, construction timeline and opening date, but has yet to hear back as of publication.

The property owner did confirm that the company has a lease and opined the electric bike store is “a cool idea.” Building permits were issued by the county to company founder Yoseph Assefa in early January for the space.

While the company has a presence in Miami, Florida, there also seems to be a local office in Potomac, Maryland.