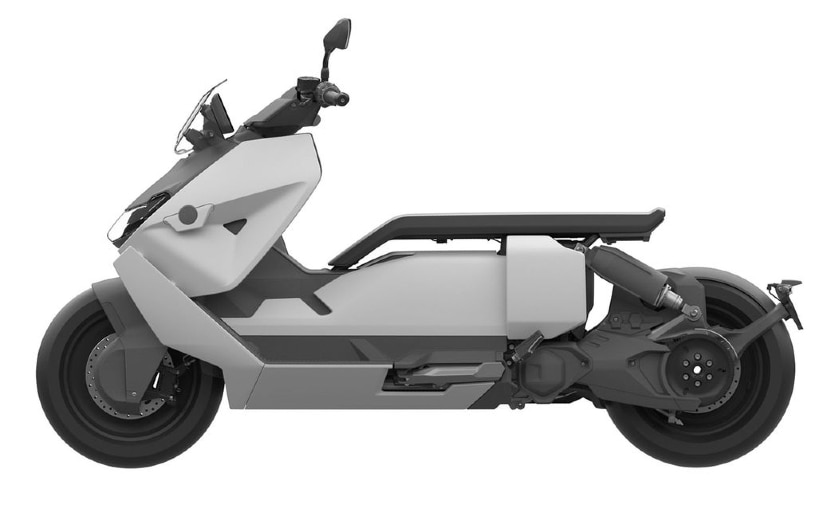 BMW Motorrad‘s concept electric scooter, which was released last year as the BMW Definition CE 04 Concept, may make it to production just like it was shown as the concept. In fact, the intellectual property filings, which show the production model BMW CE 04 electric scooter, may have been actually mistaken for the concept, so close is the design. Except that there are some dead giveaways that the images are of the production CE 04, and include addition of key elements needed to make it street-legal. 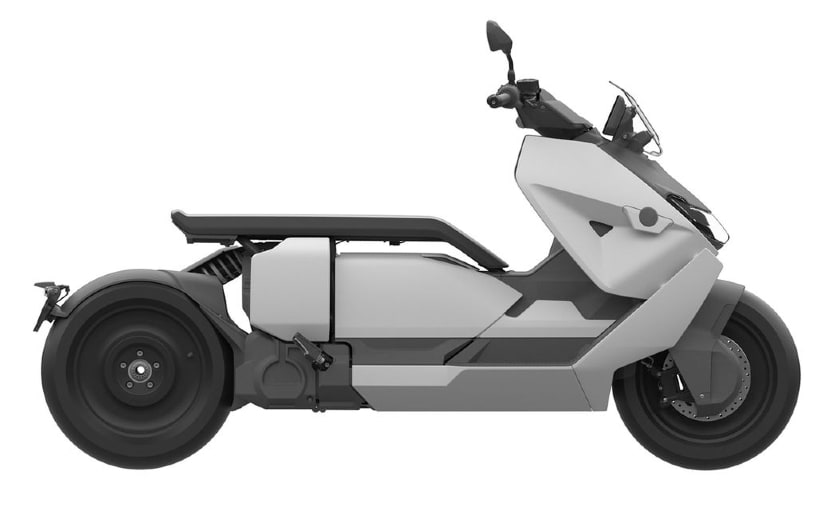 The patent images show road-legal elements like mirrors, turn indicators and even a licence plate mount

The images show rear view mirrors, turn indicators, longer mud guards and even the number plate bracket, so these images are certainly of the road-legal production model. There are also changes to the scooter’s bellypan and sidestand, and the flat seat has a somewhat new design as well. The battery will sit between the rider’s legs and continues under the seat, although there’s some underseat storage space as well. The electric motor is placed behind the battery, and is not swingarm mounted or hub mounted. The final drive is through an exposed belt drive via a reduction gearbox. Front suspension is a telescopic fork, with a trellis-style front frame section. 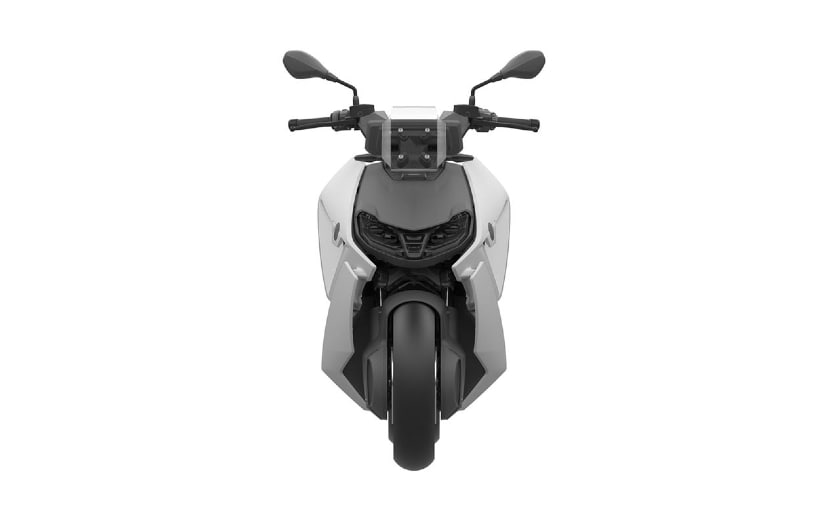 The large, 10.25-inch Bosch TFT instrument panel will likely be similar to the one offered on some current BMW Motorrad models. It will possibly come with a split-screen layout offering navigation or multimedia functions on one part, while the other part of the screen will have conventional read-outs like speed, engine speed, etc. The big question is when the CE 04 will be unveiled to the public. With BMW Motorrad opting out of this year’s motorcycle shows, it’s quite likely that the CE 04 will be unveiled in one of BMW Motorrad’s own shows, later in 2021.