Whether you’re carrying people or stuff, there’s no need to break either a sweat or the bank

Good e-bikes don’t come cheap, and that’s doubly true of good e-cargo bikes, which are built to cope with a greater workload. You can consider the £1,000 to £3,000 price bracket to be moderate pricing for an e-cargo bike – and don’t expect to find too many options below £2,000.

With e-cargo bikes, what you’ll typically get for the extra money is more torque, a bigger battery and a more robust build.

You can obviously also expect some sort of cargo carrying contraption or other – usually a rack or box of some kind, or maybe a bench seat or similar for passengers.

Generally, e-cargo bikes will feature a mid-motor rather than a hub one. A mid-motor tends to be smoother and more efficient and will provide more power from a low speed – which is exactly what you want if you’re carrying a load. 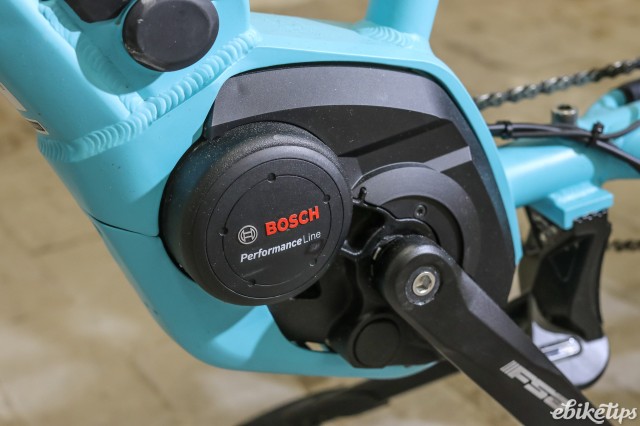 Battery sizes will almost certainly be larger too. For a cargo bike you really want a minimum of 400Wh and ideally more.

As for design, this varies considerably. In a sense every bike with a rack or a basket is a cargo bike. However, the ones we’re looking at here are built with the transportation of goods as a central concern, rather than an afterthought.

Longtails – bikes with a longer rear rack – are perhaps the most common type. These provide an obvious means of accommodating a passenger and the extra space can also be used to secure bags or panniers. 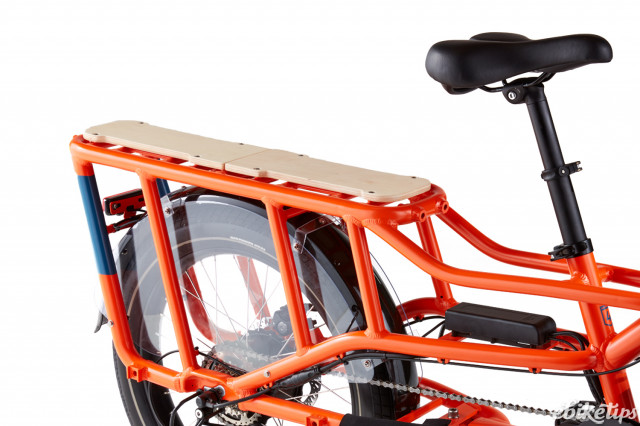 Box bikes, or Long Johns, go the other way with the cargo carried out front between the rider and front wheel.

While not literally bikes, you’ll also see e-trikes (often with two wheels at the front) and electric four wheelers. If these operate with a 250W motor and also meet a few other requirements, then they are still considered electrically-assisted pedal cycles (EAPC) in UK law – which means you do not need a licence to ride them and they do not need to be registered, taxed or insured.

The e-cargo bikes below are the best that we’ve had in for review. There are certainly other good ones available, but we can’t vouch for them in quite the same way as the ones we’ve ridden ourselves.

For a bit more information on e-cargo bike design and to see a few of the more expensive options that are beyond the scope of this article, take a look at our overall guide to the best e-cargo bikes.

It is safe to say there is not a great deal of competition in the sub-£2,000 region. We’re currently only recommending two bikes – and they’re from the same manufacturer. 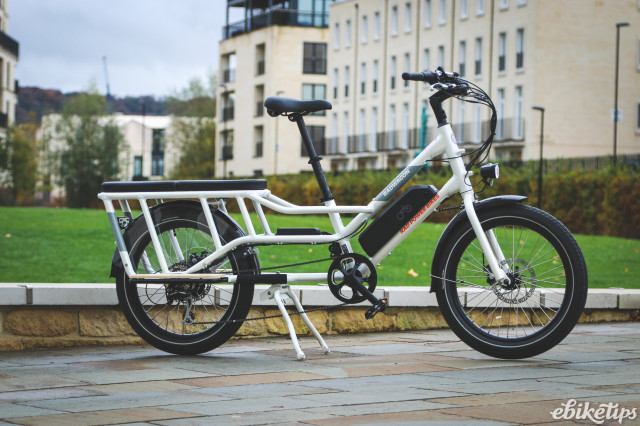 Rad Power Bikes’ RadWagon 4 is an excellent budget load carrier that’ll be plenty of cargo bike for many people.

The bike comes with a surprisingly hefty 672Wh frame-mounted battery. The integrated rear rack can take two child seats, or seat pads for two bigger kids, and you can fit a retaining bar to stop them falling off. You can also get cargo bags, a front basket and any number of other little add-ons.

The rear hub motor’s not powerful enough to haul big loads up big hills – but this might not be an issue where you live. All in all, it’s undeniably a bargain.

Read our review of the Rad Power Bikes Radwagon 4 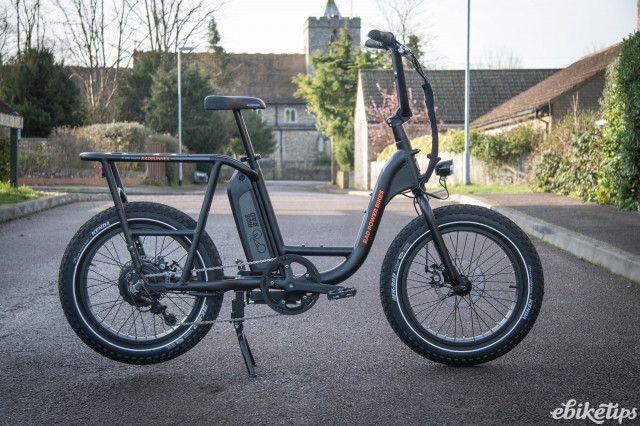 Again, a key part of the appeal is that you get to fit the bike out how you want (for a bit of extra outlay). You can get a padded passenger seat, cargo bags, a front rack and more.

Loaded with a passenger or a great weight of stuff, the RadRunner’s rear motor (which is allied to that same 672Wh battery) will need a bit of help on steep inclines, but on normal road hills and the flat, it’ll be largely unfazed.

There’s not quite the same carrying potential as the RadWagon, or most of the other bikes we’re featuring here, but it’s still capable of carrying up to 54kg.

We won’t pretend there aren’t better options out there for more money, but the RadRunner is certainly fun to ride and represents hard-to-beat value.

Read our review of the Rad Power Radrunner 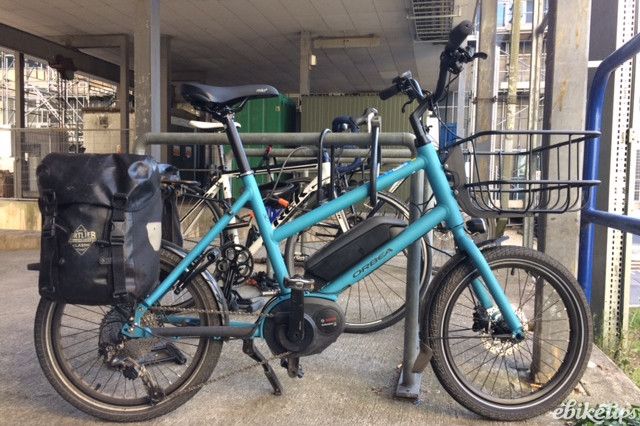 The Orbea Katu-E is specifically designed for front-load carrying with a large basket attached to the frame and there are also mounting points for rear pannier racks.

All in all, it’s a compact and nippy e-cargo bike that will get you up any gradient, even with heavy loads.

Read our review of the Orbea Katu-E 10 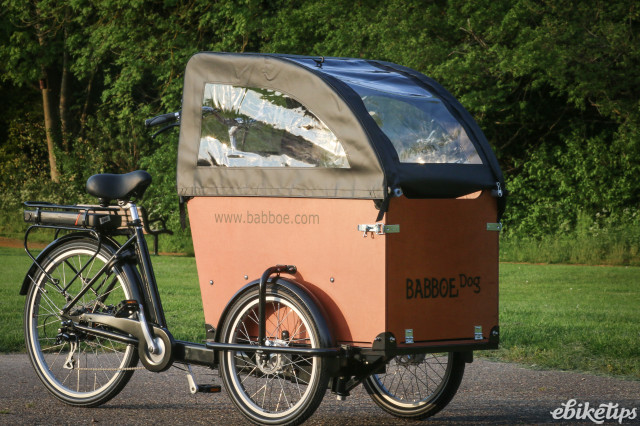 As the name suggests, this is an electric-assist cargo trike that is specifically tailored for transporting, um… dogs.

It’s really just Babboe’s Big-E with a different box on it, but the dog angle gives it a unique selling point that edges it into our selection here.

The canine-specific aspects are well-executed; the dogs easily get in and out, and the sturdy rings provide secure attachment for leads.

The rear hub motor, which is teamed with a 375Wh or 400Wh battery, isn’t really suited to hilly terrain but if you’ve got dogs to transport, and you live somewhere fairly flat, then the Dog-E is a solid choice that does the job well.

Read our review of the Babboe Dog-E 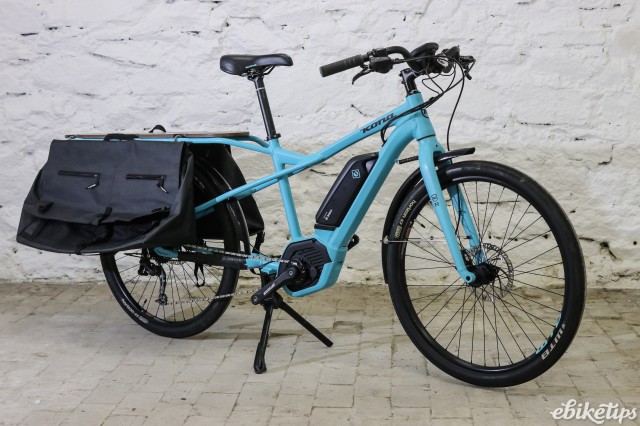 Although it was £3,699 when we reviewed it, the Electric Ute has since dropped into this article’s price bracket.

It’s a long-tail cargo bike built around 650b wheels and an aluminium frame with a 500Wh battery. There’s plenty of power from the 250w Bosch Performance Line CX motor meaning hills which hit high-teens in percentage terms are no challenge at all – even with some cargo.

Its huge panniers and long deck also offer enough carrying capacity that you could potentially replace a car with it.

Read our review of the Kona Electric Ute