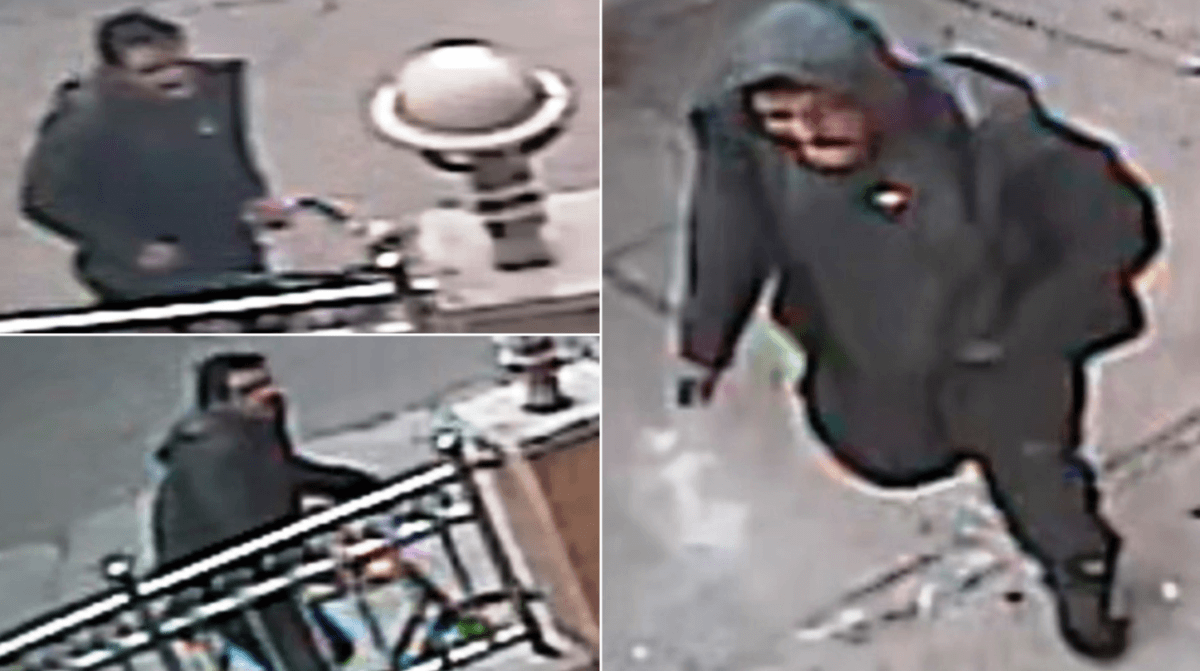 Photo courtesy of the NYPD

The NYPD is looking for a thief who stole an electric bike in Astoria earlier this month.

While inside the building, the man noticed an unidentified man trying to ride off on the bike, cops said.

The 23-year-old ran to the bike and attempted to grab it away when he was shoved by the man, according to the police. The owner then grabbed on to the back of the bike as the thief began to accelerate, dragging the 23-year-old through the street before he eventually let go.

The man, who suffered injuries to his knees and wrists, was treated by responding EMS personnel at the scene.

The unidentified man was last seen riding the bike westbound on 23rd Avenue.

Police describe the suspect as standing around 6 feet tall. He was last seen wearing a black, waist-length jacket, a hooded sweatshirt and dark-colored jeans.

No arrests have been made and the investigation is ongoing.

Anyone with information in regard to the identity of the suspect is asked to call the NYPD’s Crime Stoppers Hotline at 800-577-TIPS (8477) or for Spanish, 888-57-PISTA (74782). The public can also submit their tips by logging onto the CrimeStoppers website at nypdcrimestoppers.com, or on Twitter @NYPDTips.