Porsche has announced two carbon fibre full-suspension e-bikes, their release timed to coincide with the launch of the Porsche Taycan Cross Turismo. As you’ve no doubt guessed, they are not bargains. The cheaper of the two – the Porsche eBike Cross – is priced at £7,650, while the Porsche eBike Sport will set you back £9,600.

The bikes were designed by Studio F. A. Porsche and developed with German e-bike manufacturer Rotwild. 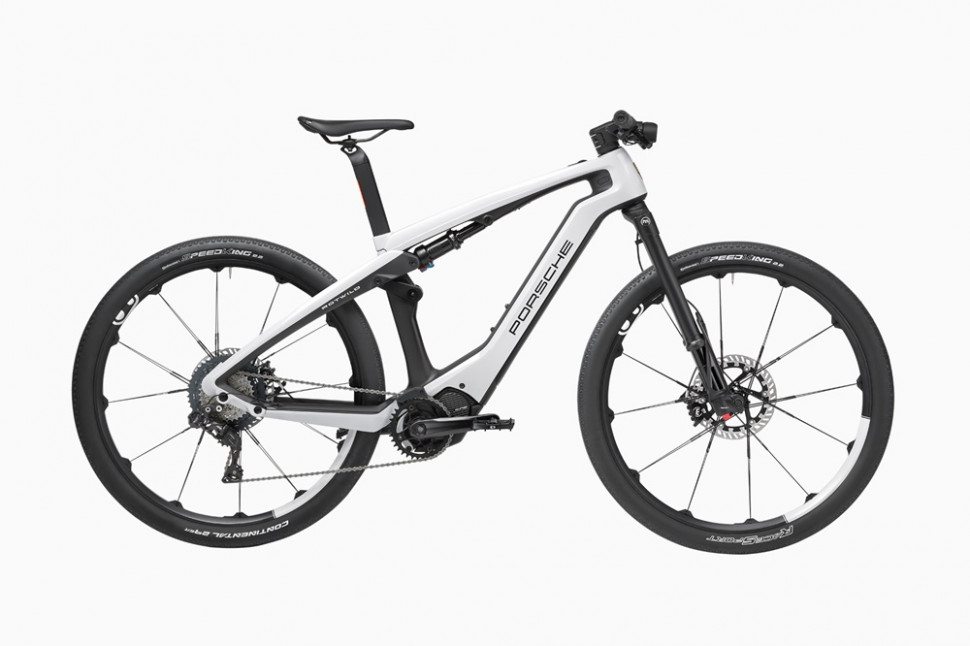 Despite its name, the Sport is a city bike really. It’s billed as, “the perfect companion for the adventures of everyday life.”

It features a Shimano EP8 mid-motor teamed with a 504Wh battery and you’ll also get Shimano Di2 11-gear shifting, Magura MCi disc brakes and LED lights embedded in the seat post and handlebars.

Suspension is from the Magura upside-down suspension fork and the Fox rear shock absorber. 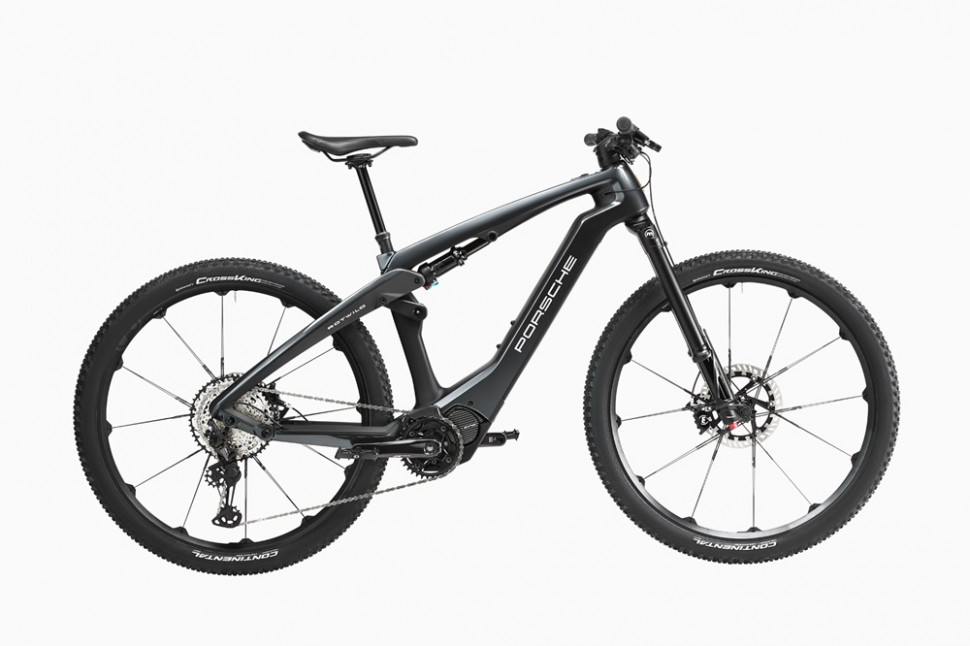 The Cross is described as, “a perfect companion for gentle off-road terrain.”

This means it has Magura MT Trail brakes, a Shimano XT 12-fold shifting system and a Crankbrothers Highline seat post. 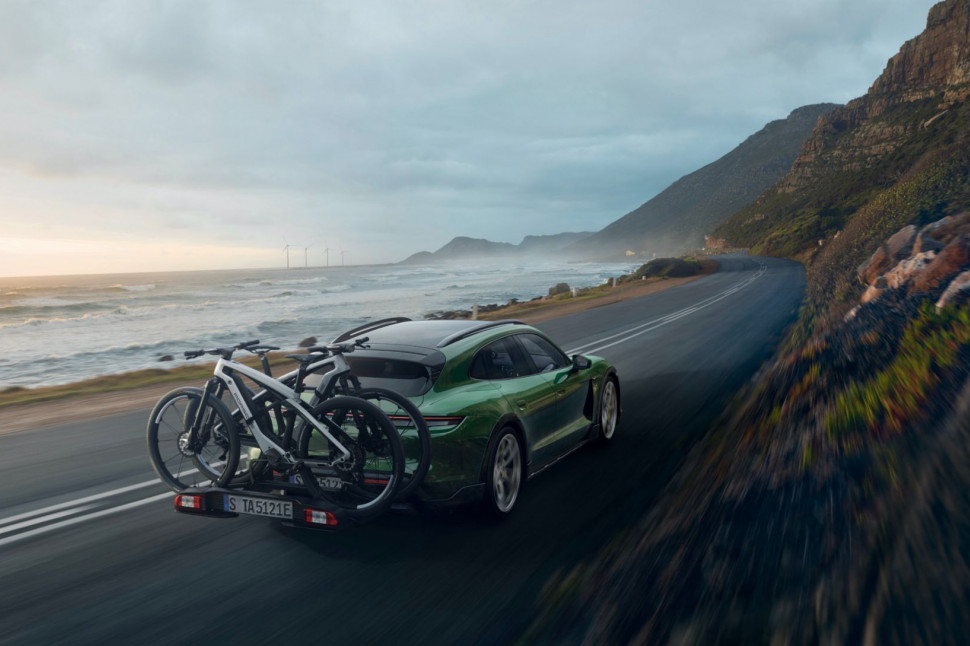 Porsche has also developed a rear carrier for the Taycan Cross Turismo which will take two e-bikes and still allow for the boot be opened.