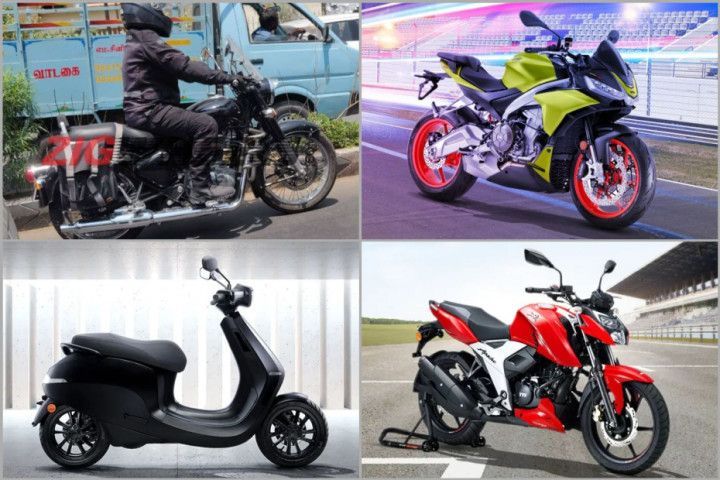 This week had something or the other in store for enthusiasts with different budgets. If you’ve missed out on the week’s two-wheeler dope, allow us to serve you the top 5 handpicked ones on a platter:

Apart from revealing the India-bound Ola Electric scooter, the company also announced its grand plans of setting up a massive manufacturing plant that can churn out electric scooters both for the domestic and international markets. How does an electric scooter every 2 seconds sound? And if you’d like to know everything about Ola Electric Scooter that we know upto this point, check out our pre-launch roundup.

The next-generation Royal Enfield Classic 350 will be the second motorcycle born out of the all-new J-platform after the Royal Enfield Meteor 350. And like the cruiser, this one too gets one crucial update that’ll keep the geeks happy.

We got our hands on the prices of both the Aprilia RS 660 and the Tuono 660. Even though they will technically be the most affordable big bikes from the Italian brand in India, their asking prices will make you tear up.

TVS launched the 2021 iteration of the Apache RTR 160 4V in the country. While it looks the same as the one before, the changes are substantial on areas that really count. And to top things off, the prices have remained unchanged too.

Hero MotoCorp has officially launched the 100 Million Edition of its popular naked, the Xtreme 160R. Coming at a nominal premium over the standard variant, here’s what it packs.