If you remember what it’s like to fly around streets on a gas-powered scooter with nothing but your own finger strength to hold on, then you too have had a very awesome childhood. These days, it seems everyone is pushing for electric power; not that this is a problem, but some downsides do exist. The two major factors that are present in all this e-business are range and speed.

Recently, Voro Motors, an e-scooter company that has seen its beginnings in Singapore, released an electric scooter that brings back the good ol’ days. It’s called the Wolf King, and frankly, it seems to be just what some adrenaline junkies are asking for.

To kick things off, have a look at the overall vehicle. Starting from the ground up, the first feature to pop into view are the massive tires. A pair of tubeless racing tires are standard when you spend the $2,999 asking price for this hungry beast. But, if you’re more the rough rider, you can opt for a pair of off-road tires and go beyond city limits.

I understand that the last paragraph may bring up several questions like, “Why racing tires?” or “Three grand for a scooter!?” Sure, those are all valid questions, but before you disregard this mini monster, know that the top speed on this sucker is 60 mph (96 kph), and it can hit 50 mph (80 kph) in under 5 seconds, 4.8 to be exact. When’s the last time you owned a vehicle, no matter what size, that was able to buck like a Countach in the quarter-mile? 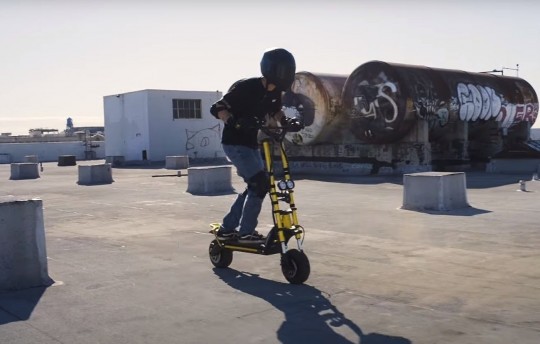 How is all this possible? Well, the first thing to look at is the motor system. The Wolf doesn’t include just one motor to give you all this speed, but rather two 1500-watt motors found in each wheel. Two 72-volt, 40-amp controllers will be handling the flow of power to the motors.

Powering everything is a 72-volt 28-amp hour battery from Samsung. Even though the specifics of who manufactures these motors aren’t really clear, at least you won’t have to worry about the energy to power components. Don’t stress about riding around puddles or other slightly wet terrain either, as an IP4X rating will protect electrical components against splashing from any direction. Overall, the juice on this EV will last you for a good 50 miles (80 kilometers) and, once drained, will be fully charged in five hours.

Because of this scooter’s ability to hit some insane speeds and to do it off-road as well, the team at Voro equipped a suspension system to handle just about anything your riding will throw at you. At the front, you’ll find a hydraulic suspension, while two spring shocks support the rear. Those are more than enough to take care of any vibrations, quick banks, and even lack of traction that happens when you hit a big turn. 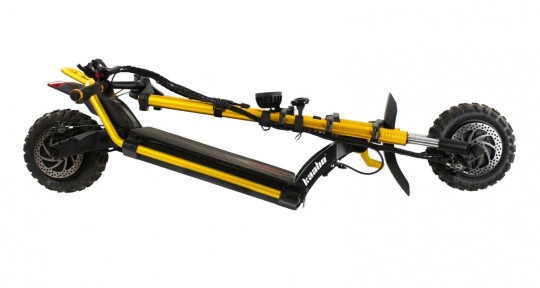 This suspension, in turn, lifts the footboard high off the ground offering the necessary clearance to ride over obstacles and terrain. If you do happen to run into any debris, the 6061-aluminum frame construction is sure to keep going smoothly. One thing Voro included in the frame construction is a folding system that helps you store the Wolf easily in the trunk of your car, back seat, or even under your work desk.

Overall, the Wolf comes in with a weight of 105 lb (46.5 kg), making it nice and heavy. When dealing with such high speeds on such a small vehicle, the weight helps keep you glued to the ground. Adding more weight to your ride is, of course, you. A max rider capacity of 400 lb (181.4 kg) makes this one of the most capable scooters I’ve ever run across.

One thing is for sure: as powerful as the Wolf King is, it’s only going to remain alpha until the next generation of scooters can run rampant. These days, that moment may come sooner than expected. 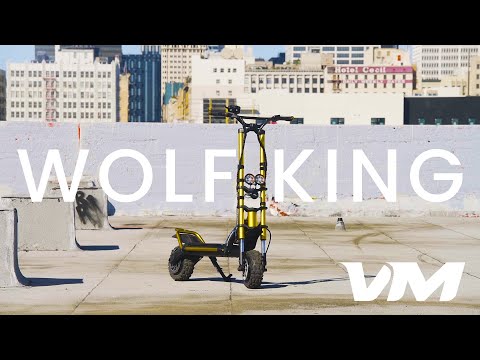