The video has been uploaded by Creative Science on their YouTube channel. The video starts with vlogger explaining his plan. As per the video, vlogger had already purchased necessary things and components that he needed for this project. He then starts by removing the front panels on the scooter. The headlamps and other body panels including the side cover was removed . This was done to change the accelerator cable. This was done as the cable already present in the scooter was not suitable for the project. 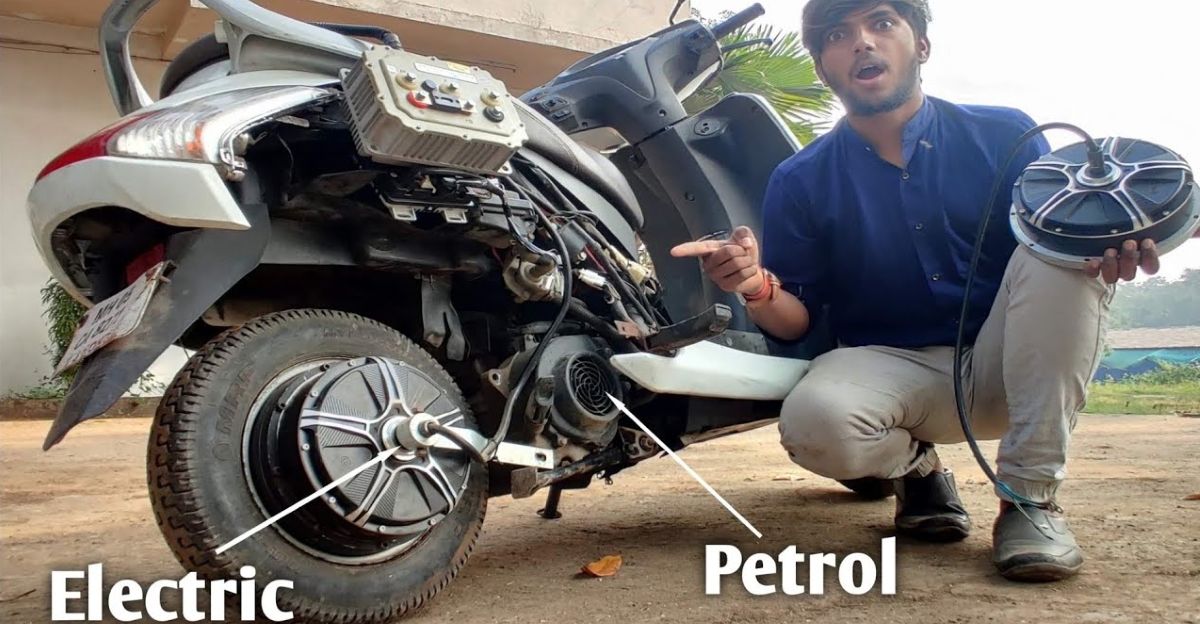 After that, all the panels that were removed were fixed back. It is going to be hard for anyone to figure out that this is a hybrid scooter by just looking at it. The vlogger shows how to use this hybrid scooter on video. If the rider wants to use electric power, then he or she can simply turn on the key and instead of going for the self start switch, he just have to turn on the switch and ride. With just electric power, the scooter managed to achieve a maximum speed of 45 kmph. If the charge gets over, then simply turn Off the electric scooter switch and start the scooter like a normal scooter. The idea is great and the vlogger has defenitely executed it well as well. We hope to see several Hybrid scooters in  future.