, one that packs a bit more style and considerably more drama, by replicating the stance of a cafe racer. Manafis has experience in customizing motorcycles, so he drew on that for this new two-wheeler. The design is called bull-e, and, for once, we’re not talking about a concept or vaporware but an actual product that will be sold to customers, at some point. 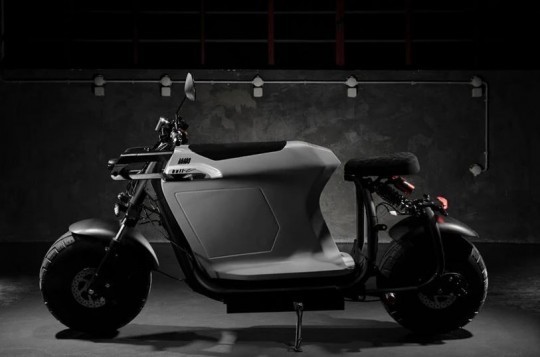 The bull-e is an e-scooter built on an “existing rolling chassis from a market available scooter.” The Athens-based designer doesn’t go into more details on this account, but that’s because you’re supposed to be paying attention to what he did to it. Taking inspiration from cafe racers, the bull-e offers the rider a lean-forward riding stance, which adds drama and style to an otherwise non-exceptional urban mobility solution.

Presumably, this stance is enough to allow you to play dress up with a leather jacket and increase those drama levels many times fold. It also helps to decrease air drag, which, in turn, extends the available per-charge range. Considering this two-wheeler is designed with low-speed and short-distance in-city transportation in mind, that part needs proper consideration.

According to the designer, the bull-e’s body is made of fiberglass and offers both grip to the rider’s knees and plenty of storage that no urban commuter can do without. There’s a toolbox in there and an “easily accessible” glove box and “larger expandable storage compartment.” In case you were wondering what that space between the rider’s legs is good for, this is the answer: it’s a space that offers you several solutions to meet whatever needs you might have. Imagine storing a backpack in there or maybe even a small grocery bag, and no one would be the wiser. 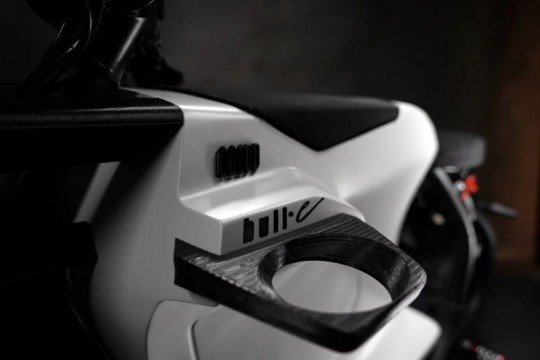 Moreover, bull-e comes with integrated cup holders, which “highlight its role as a practical urban vehicle.” Based on the photos made public, the cup holders are retractable, which would allow you to use your bull-e as a coffee stand when not in motion.

As for the specs, Manafis Design says power comes from a 2,000W rear hub motor with a 60V removable battery pack. The range is estimated at 50 km (30 miles), which is pretty decent for a city bicycle but somewhat sub-standard for an e-scooter. The top speed is 45 kph (28 mph), which means all those onlookers gawking at you and your out-of-the-ordinary scooter will have plenty of time to take it all in by the time you move out of sight.

The emphasis with the bull-e is in delivering an urban mobility solution that is equal parts practical and elegant. Everyone can buy an e-scooter and zap around town, but no one would venture to look twice at them, considering how unspectacular these two-wheelers are. The bull-e is meant to make you stand out from the crowd, literally by fooling others to assume you’re riding something a class above. 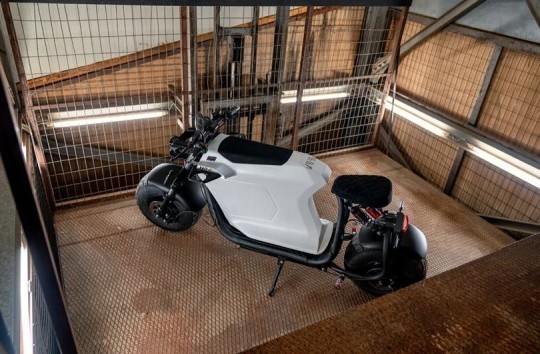 In keeping with this idea of offering you something not many have, the bull-e will be limited edition. Manafis Design says that only 250 of them will be made, and each unit will feature a “custom engraved authenticity plate” so that you will have something to show for all your claims that you’re riding a rarity.

Pre-orders for the bull-e are now open, with prices starting at €4,500, which is roughly $5,470 at today’s exchange rate. To compare, the Metacycle from Sondors, which is a real electric motorcycle, starts at less than that, at $5,000.