What you’re looking at in the cover photo folks is known as the Domane+ ALR, the new 2021 version. Aside from looking like the bike Venom from Spiderman takes out for a Saturday workout, it’s also the cheapest of the new road e-bikes Trek offers, with a price tag of $4,599.99. Yeah, I don’t know about that word ‘cheap’ though.

Well, let’s take a look at why Trek feels this bike is worth $4,599.99. The first thing you need to understand is that the frame you see is not some high-quality carbon fiber. Instead, it’s hydroformed aluminum, Trek’s 300 series aluminum. Yeah, an aluminum frame for near $5K. But listen, as harsh as that may sound, it’s not the reason this bike is so expensive. 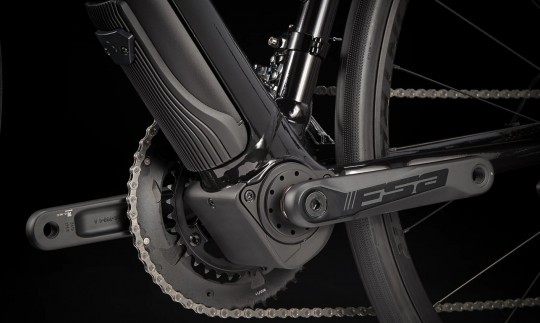 What makes the ALR so pricey, aside from the geometry and huge racing history behind the frame construction, is the whole electric setup the bike uses to get moving. Sure, it’s a mid-mounted drivetrain, but one you haven’t seen yet. And if you have, you can go buy yourself a present for being up to date with the bicycle world. Instead of a Shimano STePS or any of the Bosch motors, Trek chose to use a Fazua Evation drive system.

Since most people haven’t heard of Fazua, a quick intro should be helpful. Since its foundation in 2013, Fazua has been chasing the dream of revolutionizing the e-bike market. Once you’ve read a bit about how the system works, you too may agree that their struggle has led to some pretty neat hardware.

What Fazua has done is combine the motor, battery, and electronics into a single unit. You can see said unit packed right into the downtube, just like any other e-bike. But the main benefit to this packed design is the mere weight of the entire thing, just 3.3 kg (7.27 lb). 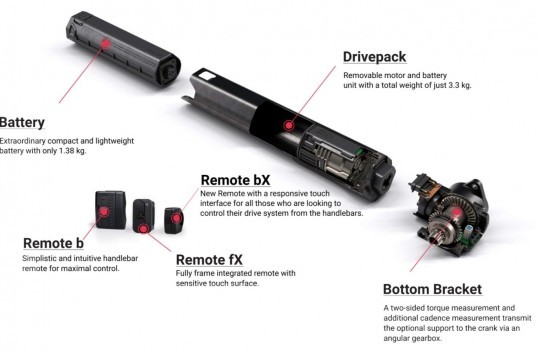 Another main component of the unit is the bottom bracket. It’s here the torque for this system is produced, 55 Nm (40.5 lb-ft) in total, but this component adds another 1.31 kg (2.88 lb) to the entire setup. Have a look in the gallery to see how this unit is constructed. Personally, I think it’s a pretty nice system that’s sure to help bring you longer and faster trips for some time. Like most other systems out there, this one too is able to assist you up to 20 mph (32 kph).

For the rest of the drivetrain, Shimano steps up to the plate with an 11-speed setup. 105 R7000 front and rear derailleurs with a 105 HG700-11 cassette and Shimano chain too, are there to move your meat wagon along. Shimano is seen again supplying the brakes with a set of 105 hydraulic disc and 160 mm (6.4 in) rotors. All other main components like the handlebar, stem and headset are all from in-house Bontrager.

I for one, am not sold. With a weight of 15.21 kg (33.35 lbs), there’s already a few bikes out there that could perform just as well, maybe for even less of a buck. Sure, it might not have some new system like this Evation, but most people won’t care anyway.