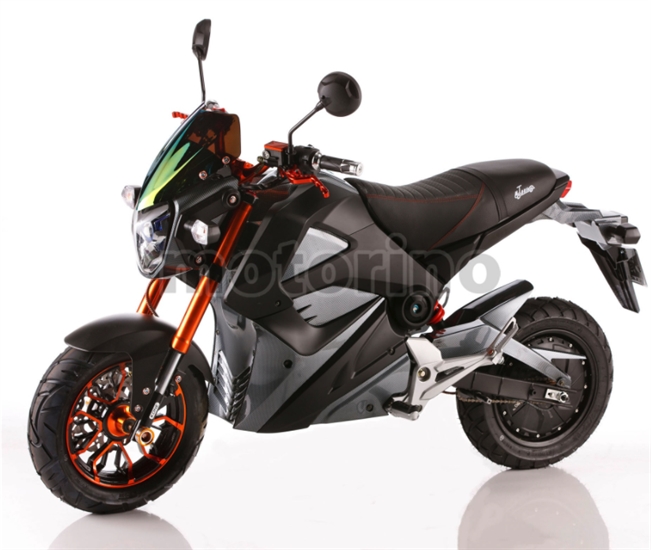 A Motorino XMr is pictured in this image from Motorino.ca. Look closely and you can just see the pedals.


A Vancouver man has lost his appeal at the province’s highest court after a panel of judges decided his electric bicycle was more of a vehicle than it was a bicycle so his conviction for driving without a licence was valid.


The majority of a three-judge panel at the British Columbia Court of Appeal dismissed Ali Moussa Ghadban claim that he should not have been charged with driving without a driver’s licence and with driving without insurance because he was riding a pedal-equipped electric scooter and therefore didn’t need a licence.


According to a Feb. 9, B.C. Court of Appeal decision, Ghadban argued his electric scooter known as a Motorino XMr, qualified as a motor-assisted cycle under the Motor Vehicle Act. Ghadban said he’d done extensive research before buying the scooter and was also told by ICBC that it didn’t offer insurance for his type of electric scooter.


However, two of the panel of three judges didn’t agree.


The Justices ruled that motor-assisted cycles must be designed to be “primarily human-powered” and as Ghadban’s Motorino XMr weighted 300 lbs. it was not designed to be operated primarily by human power.


Ghadban admitted he had never used the pedals.


According to the decision, Ghadban was convicted in B.C. Provincial Court for driving without a licence and without insurance after he was stopped by the RCMP while riding the scooter on a public road in Surrey with his young son in 2018. The RCMP officer asked for his driving licence and proof of insurance but as Ghadban doesn’t drive he doesn’t have a licence. He was then issued the tickets and later convicted in the B.C. Provincial Court.


He appealed his conviction in the B.C. Supreme but lost, and then took the issue to the Court of Appeal.


Much of the decision is given over to the legal definition of a “motor-assisted cycle” which are legal to drive without a licence or insurance in the province.


“The question, in this case, is whether… Ghadban was operating a motor vehicle as that term is defined in the Motor Vehicle Act, or was, instead, operating a motor-assisted cycle,” Justice Harvey Groberman says in the decision.


The decision then goes into length about whether the scooter can be “primarily propelled by human power” and whether the electric motor is a secondary source of power.


“As I see it, a device cannot be a motor-assisted cycle unless it is designed so that the motor is capable of being used to supplement human propulsion,” the decision says.


And the Justice found that it didn’t.


“The scooter is too heavy to be practical as a human-powered device. It is designed to be used as a motor-scooter, not a pedal-powered cycle,” he said.


“It is not that the scooter looks like a motorcycle, but rather that it functions as one,” the Justice said.


Ultimately, Ghadban loses the appeal and no doubt retires his wheels to his garage as ICBC won’t insure the Motorino XMr.


To contact a reporter for this story, email Ben Bulmer or call (250) 309-5230 or email the editor. You can also submit photos, videos or news tips to the newsroom and be entered to win a monthly prize draw.


We welcome your comments and opinions on our stories but play nice. We won’t censor or delete comments unless they contain off-topic statements or links, unnecessary vulgarity, false facts, spam or obviously fake profiles. If you have any concerns about what you see in comments, email the editor in the link above.