While you might think this two-wheeler has the Tesla connection, it doesn’t. The brainchild of two transportation designers, Drake Nolte and Jack Donald Morris, this conceptual bike design imagines a decade down the line, the state of personal commuting amidst dense California traffic in the year 2030. Taking the best from both worlds; the two-wheelers and cars – the concept dubbed ‘Tesla Model C’ is a rare combination of road safety, driving comfort, compact size, and driving dynamics!

The duo put a lot of thought into designing the bike concept with a driver sitting position adopted from the four-wheelers. The steering column of the revolutionary ride extends out horizontally like that of an F1 car in handlebar-like form for superior grip at all times. The motorbike aesthetics are evident in the shape of the rear swing-arm and the two wheels’ positioning. Perhaps, the most exciting bit of the design is the flexibility in the parked position, which allows the driver to comfortably get out of the Tesla Model C and decreases the vehicle’s footprint for parked spaces. Now, isn’t that ingenious or what!

Another design genius of the ride is the door that stays firmly in place when driving, protecting the rider. As soon as the Tesla Model C comes to a stop, the door opens up and stabilizes the bike, and protects the rider’s legs when stopping between cars. The bike is powered by electric motors concealed on the front, and peculiar scope right in line with the driver’s vision keeps things ultra-focused while driving. Indeed this bike design shows what concepts of the future can be like and the possibilities to make things even better than before when it comes to commuting! 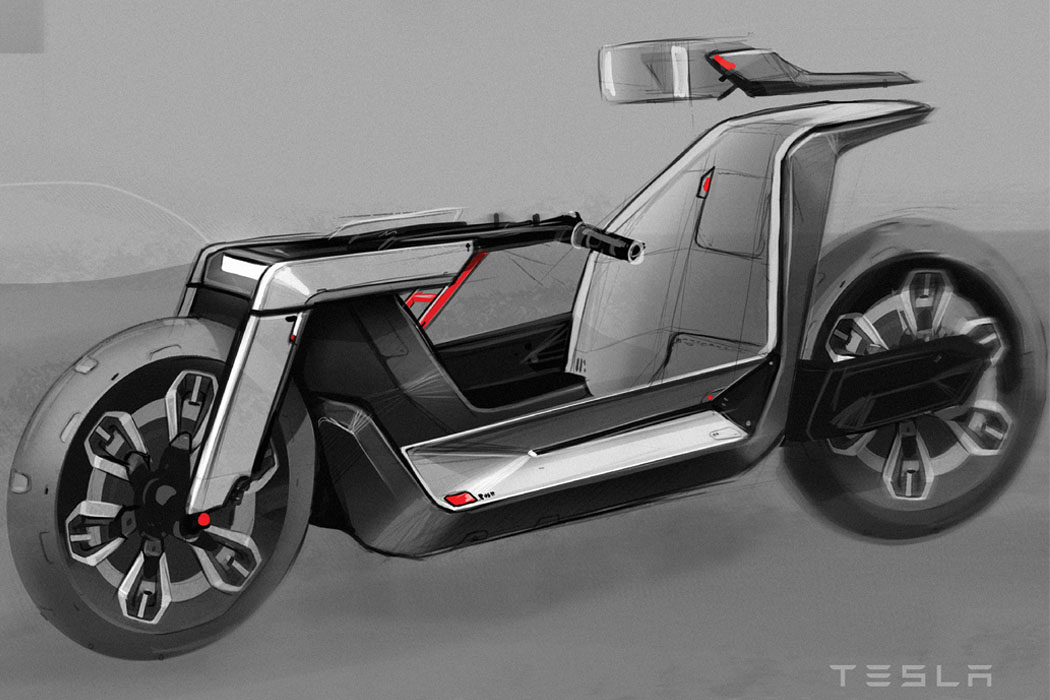 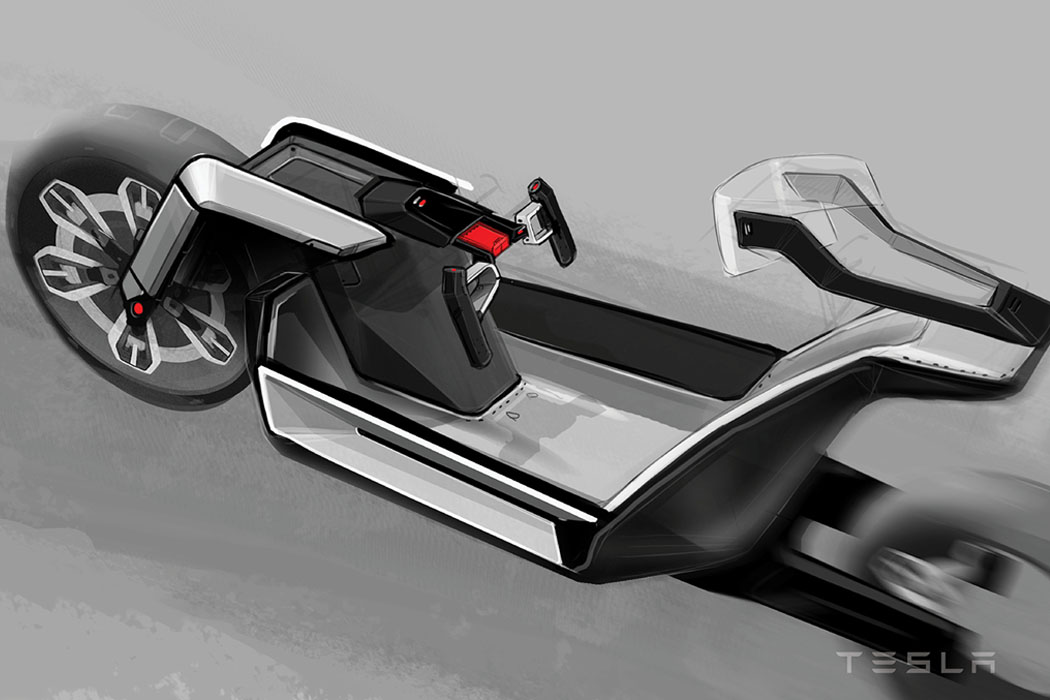 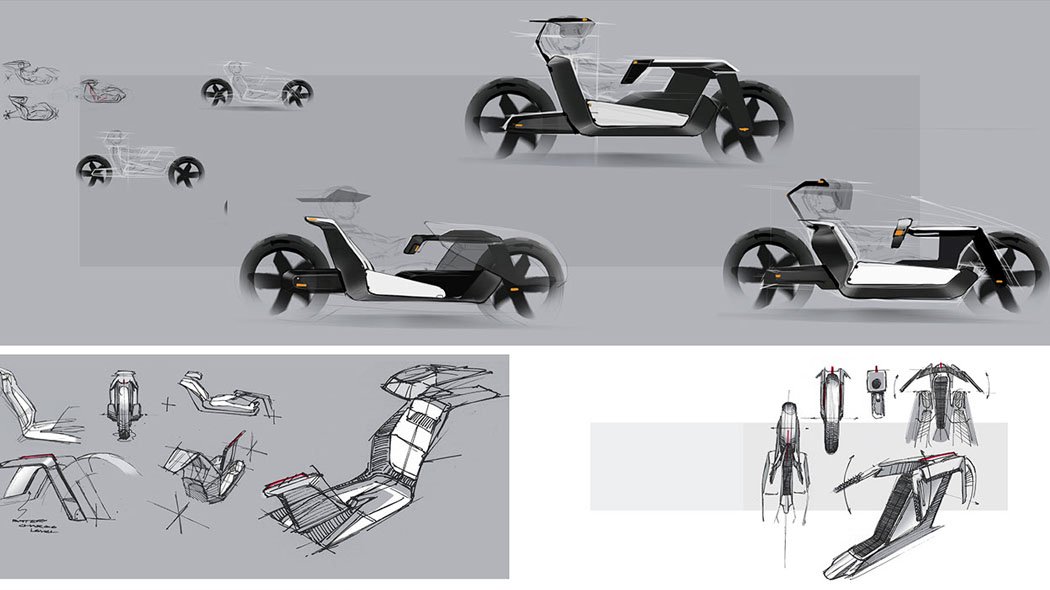 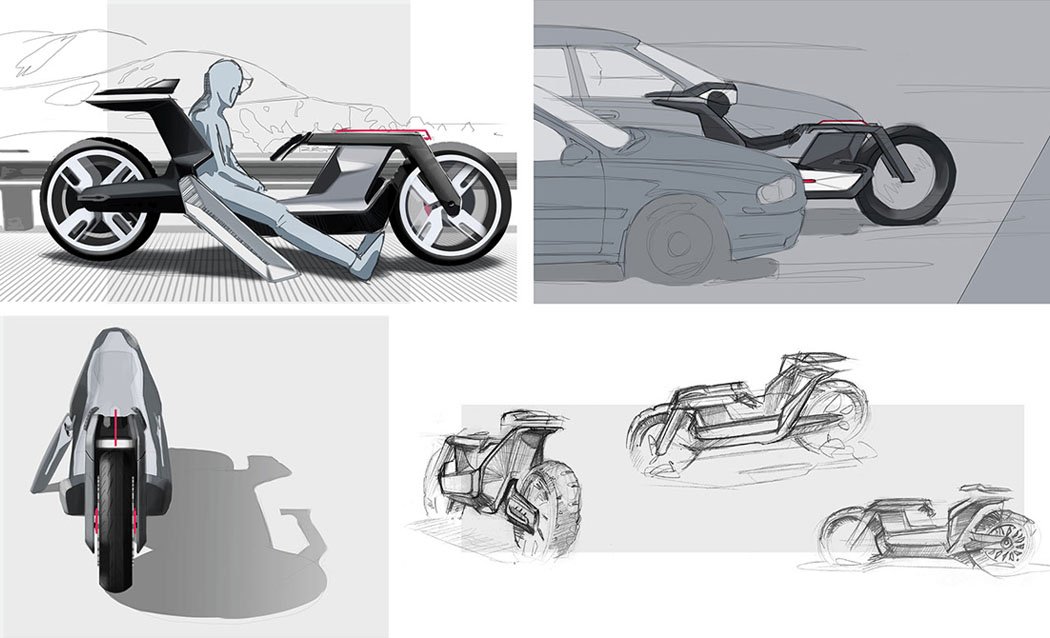 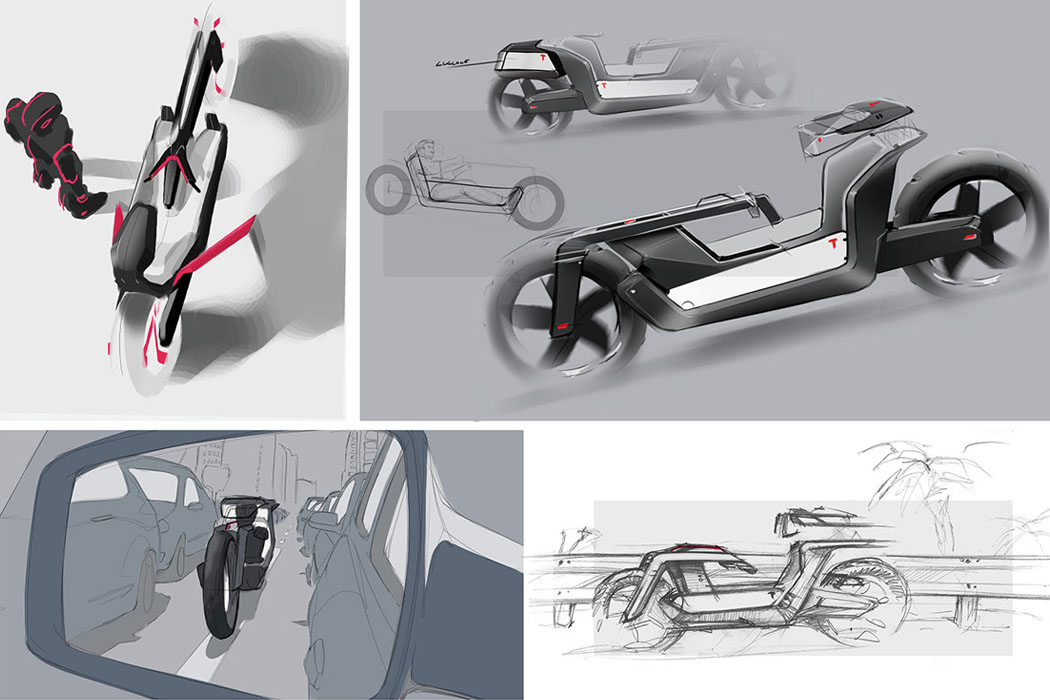 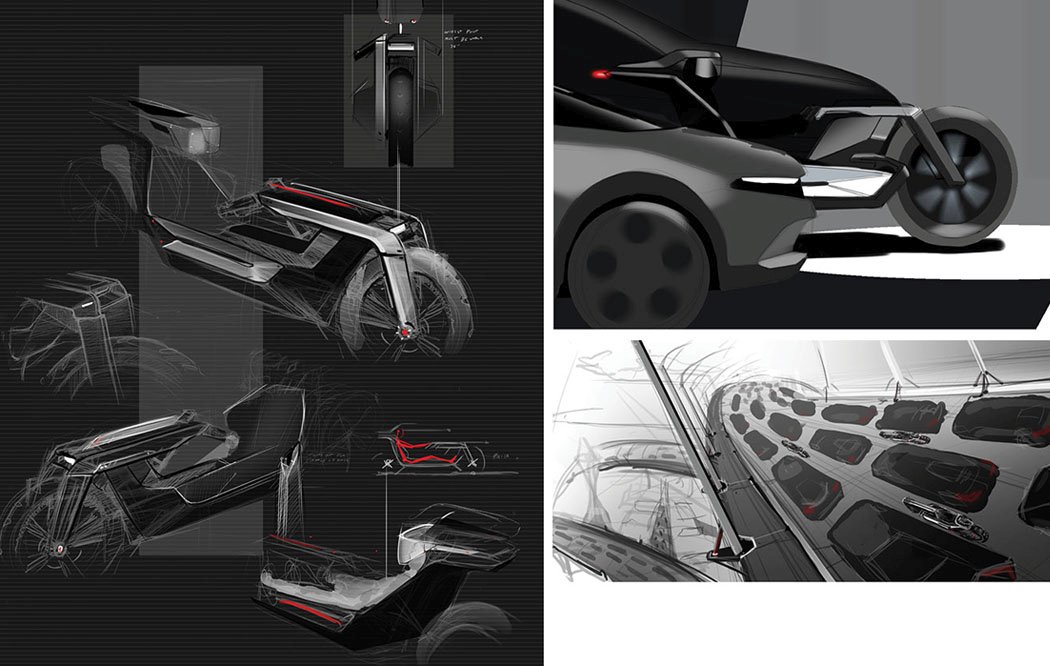 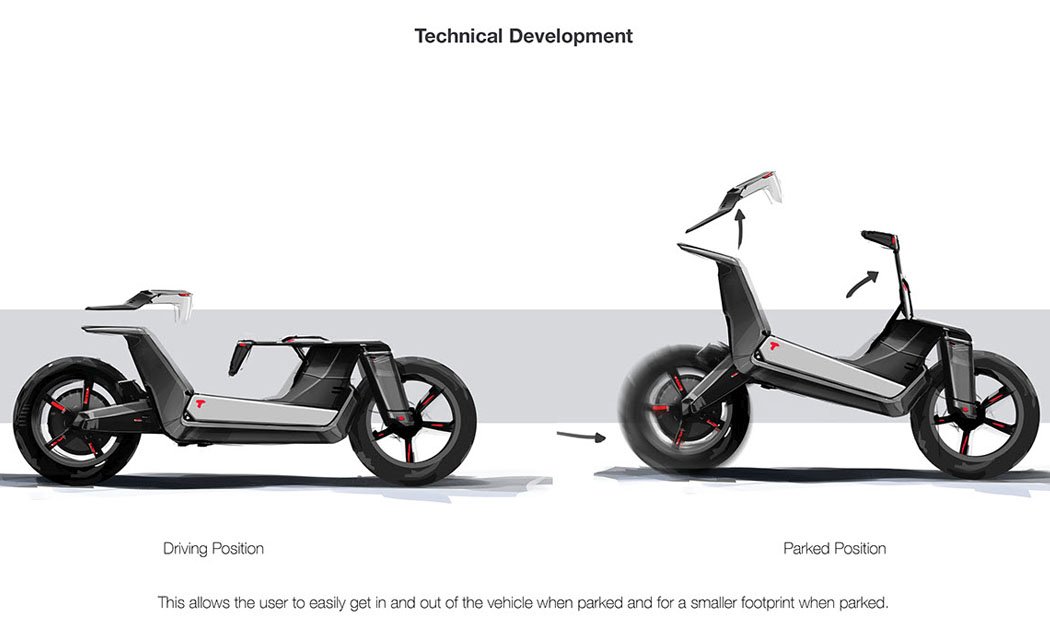 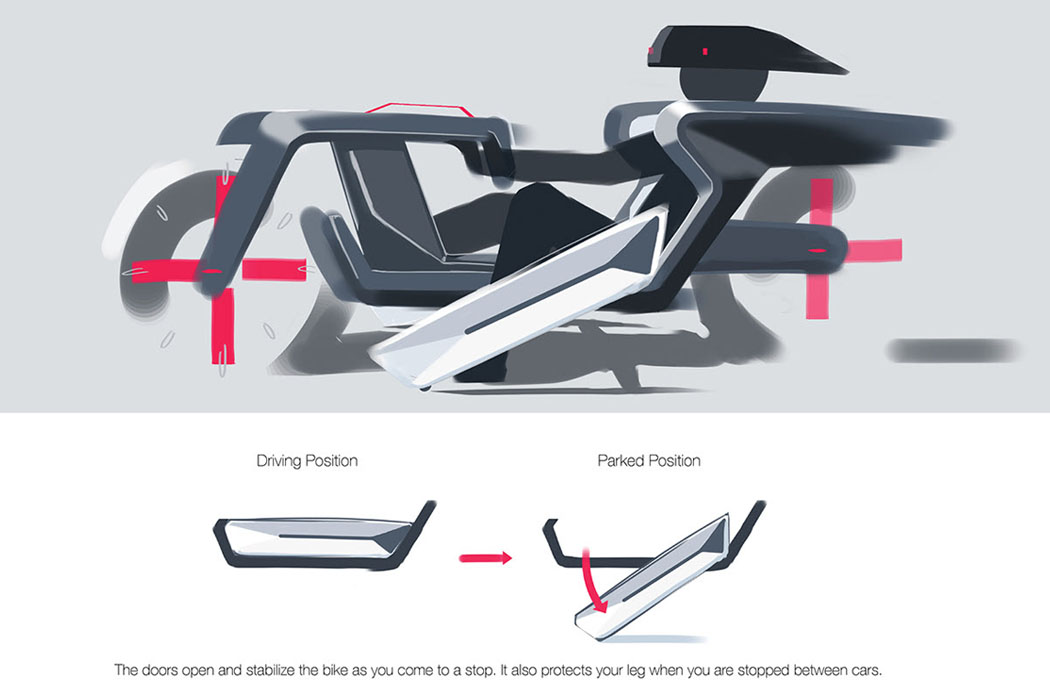 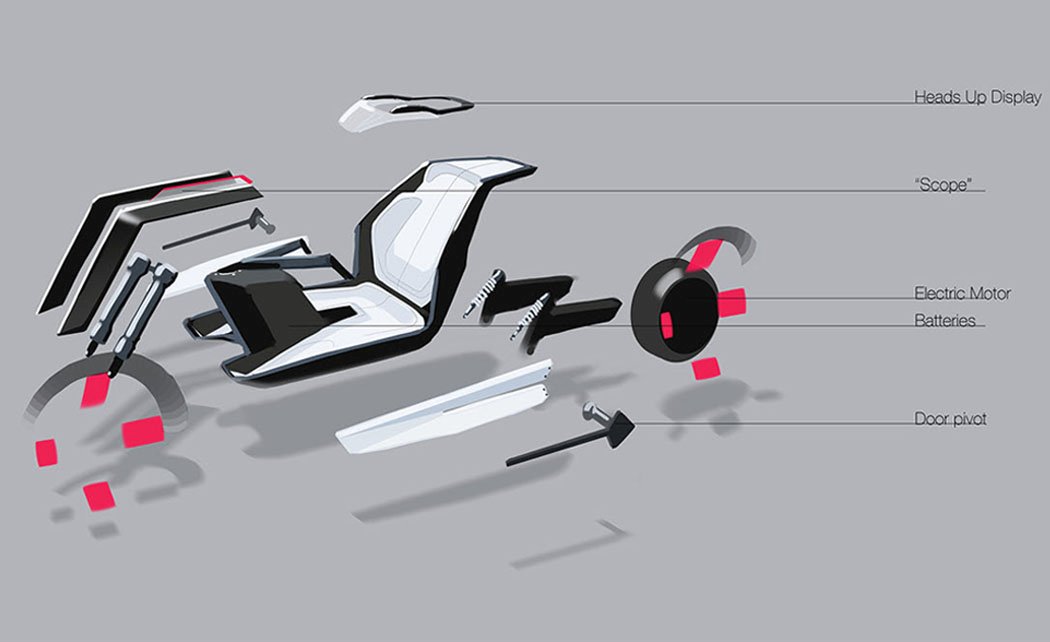 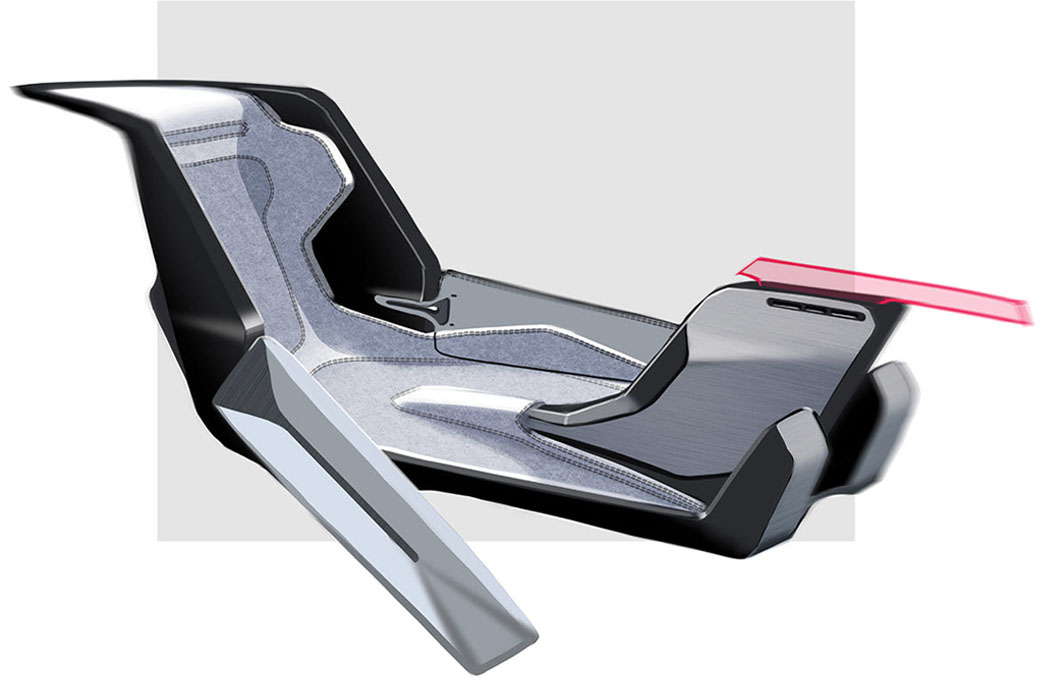 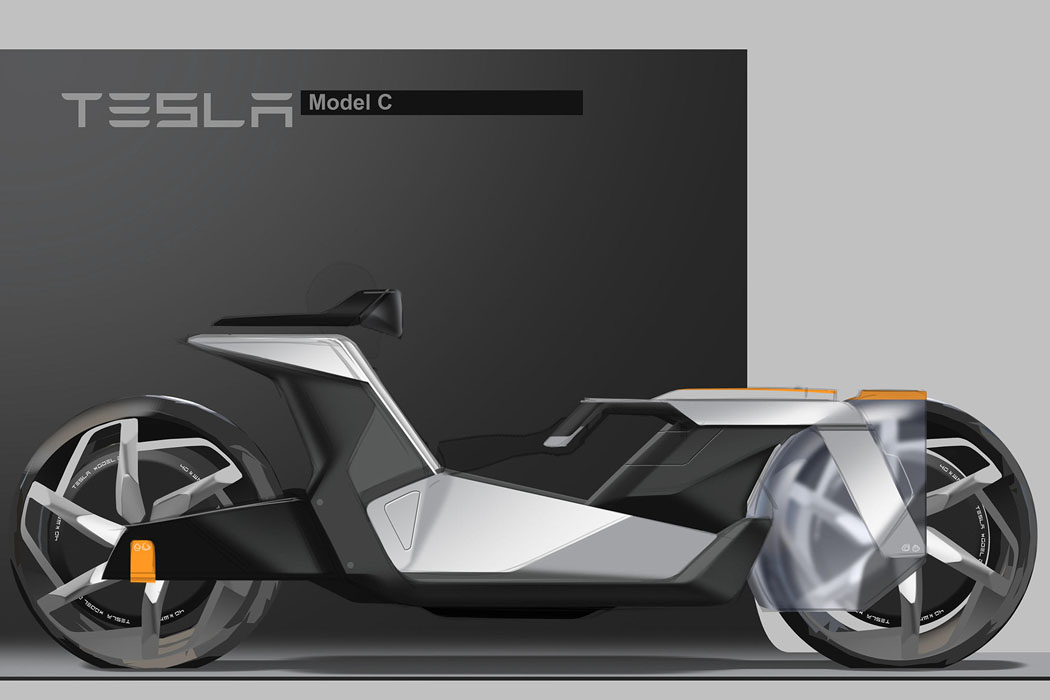