Time and Talents has thanked generous supporters for stepping in and fundraising for replacement bike batteries after thieves targeted the much-loved Rotherhithe charity.

As we reported last month, the electric bikes – used to distribute food parcels to shielding elderly people – were left out of action after two £700 batteries were looted in January.  A fundraiser, to cover the £2,100 cost of replacing them saw a huge response from the wider community.

£1,273 was donated by supporters, with United St Saviour’s stepping in to cover the rest.

This week, Time and Talents’ director Sarah Gibb told the News both batteries had been replaced and the deliveries were back up and running.

“I’d like to thank everyone who donated to replace the trishaw batteries over the past couple of weeks,” she said.

“This support from the community has been fantastic! We’re very grateful to United Saint Saviour’s Charity too for their match funding.

“The batteries have been replaced and our volunteers can continue to deliver emergency food parcels to households in crisis.

“We look forward to resuming Cycling Without Age rides for older people as soon as it’s safe.” 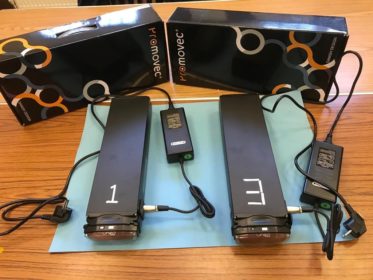