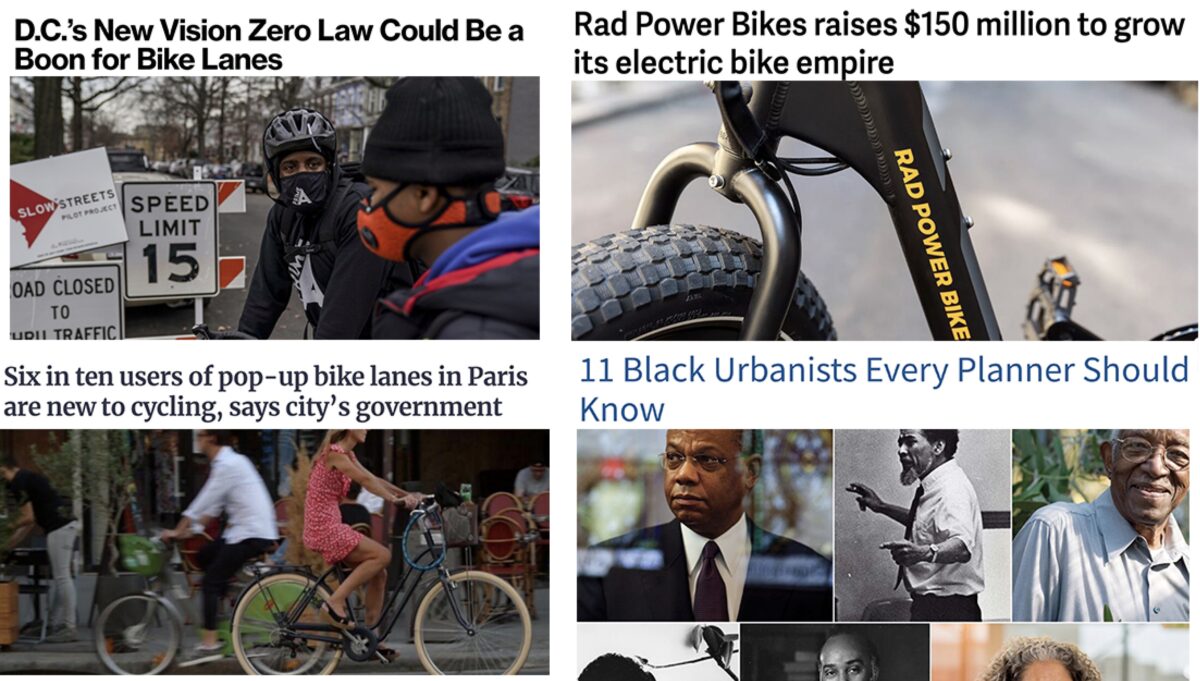 From the seat of a bicycle: “There is something about watching the world go by, while getting a workout, that does something to your endorphins,” said photographer Geoffrey Hiller to the BBC after putting 5,000 miles on his e-bike while documenting a tumultuous year in Portland.

E-bike tax credit: A California Congressman wants to amend IRS law to include an electric bike tax credit equal to 30% of the cost of qualifying bicycles.

New space, new riders: 6 in 10 users of new “pop-up” bike lanes in Paris are new riders — the same group Portland has been trying to attract for many years to no avail.

Cash infusion: The meteoric rise of Rad Power Bikes continues with a massive $150 million investment that will push the company even further into the hearts and minds of bike-curious Americans.

Police reform in NYC: A major move on policing reform in New York City would see a shift in crash investigation duties from the NYPD to the transportation department.

Re-thinking a freeway expansion: The Minnesota DOT and advocates are debating how — or if — to expand a central freeway in light of the climate change crisis of the present and the destruction of Black neighborhoods in the past. Sounds familiar.

Security of bike routes: I’ve spent some time on Capitol Hill in D.C. and was always enthralled to see how many bike riders used the hallowed paths, sidewalks and plazas next to the Capitol building to get around. It’s too bad new security fencing might close some of those routes.