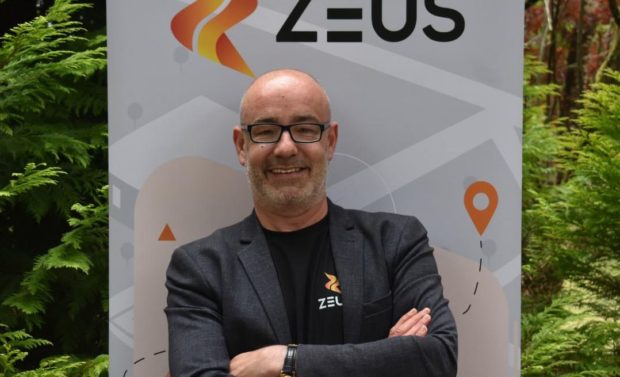 Zeus Scooters was founded by ex-banker Damian Young and launched in Heidelberg, Germany in June 2020. It operates similarly to Dublin Bikes with people using an app to rent the e-scooters.

Zeus Scooters has now expanded to 17 cities in Germany with 2,000 scooters, making it the fastest-growing micro mobility company in that country.

The €2 million investment into the company has been led by veteran entrepreneur and mobility expert Colm Menton, who sold his Europcar Ireland franchise back to its French parent company in 2017 for an estimated €26 million.

Zeus Scooters now employs ten people in Ireland and a further 15 in Germany. It has plans to continue its expansion in Europe and to grow its Irish base to 20 staff.

Speaking about the company’s plans for 2021, Mr Young said: “We are delighted to welcome Colm Menton onto the board of Zeus Scooters and we are looking forward to having his expertise support our business in 2021. We have become the fastest-growing micro mobility in Germany and we have exciting plans for 2021, including launching in our home market, Ireland.”

Mr Young is originally from Dublin, but has been living in Co Carlow for the last five years. In a remarkable achievement, he established Zeus Scooters during the pandemic with a team working remotely in Ireland and Germany. And it is hoped to set up headquarters for the business in Carlow when circumstances allow.

Zeus Scooters prides itself on being uniquely different. The scooters are designed to be used not just by people in their 20s but also an older generation.

It is the first company to launch a three-wheeled sharing scooter, which has proven to be safer, more stable and smoother for riders. The company has invested significantly in its scooter and its technology over the past 12 months, notably being voted the ‘best experience’ in Germany against some of the world’s largest players.

“We want to bring micro mobility to cities large and small, contribute to decongestion of these cities and reduce the carbon footprint of our cities globally,” said Mr Young. 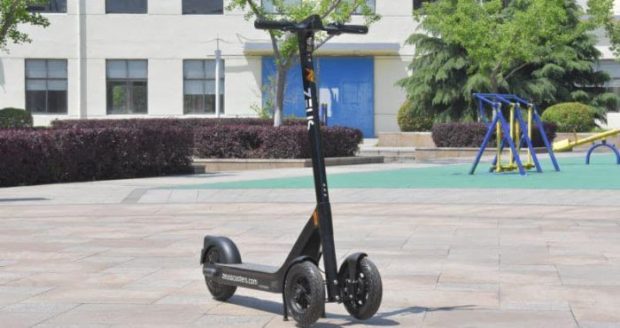 ZEUS Scooters are operating in 17 cities in Germany

It is hoped the company will provide Zeus Scooters in Ireland this year with legislation regarding their use expected to be passed in the first half of 2021.

Germany was selected as the first market as it had the most thorough legislation regarding e-scooters.

“The legislation of e-scooters is the most stringent and if we had the passed its legislation and its tests it would open a lot of doors,” said Mr Young.

The entrepreneur hit upon the idea for the business while travelling in Europe.

“I saw the first micro mobility going into Europe and I immediately thought of Dublin.”

Dublin is one of the most congested in the cities in Europe and Mr Young saw the move towards decongestion and reduction of carbon footprint was coming.

“Micro mobility is going to be around for a long time. It’s simply not sustainable to have cars, trucks and buses in cities. Electric scooters are just one part of micro mobility.”

The Carlow Local Enterprise Office has also provided supports to Zeus Scooters when it was in its infancy, helping the company to conduct a feasibility study and testing of the scooters.

Commenting on the new investment into Zeus Scooters, Mr Menton said: “We have been impressed by what this business has achieved in such a short time in a sector that is expected to grow to over €500bn in a few short years. This investment will allow the business to continue with its ambitious plans and enter new markets, including Ireland, when legislation is passed. Zeus Scooters is a positive addition to our portfolio in this market.”